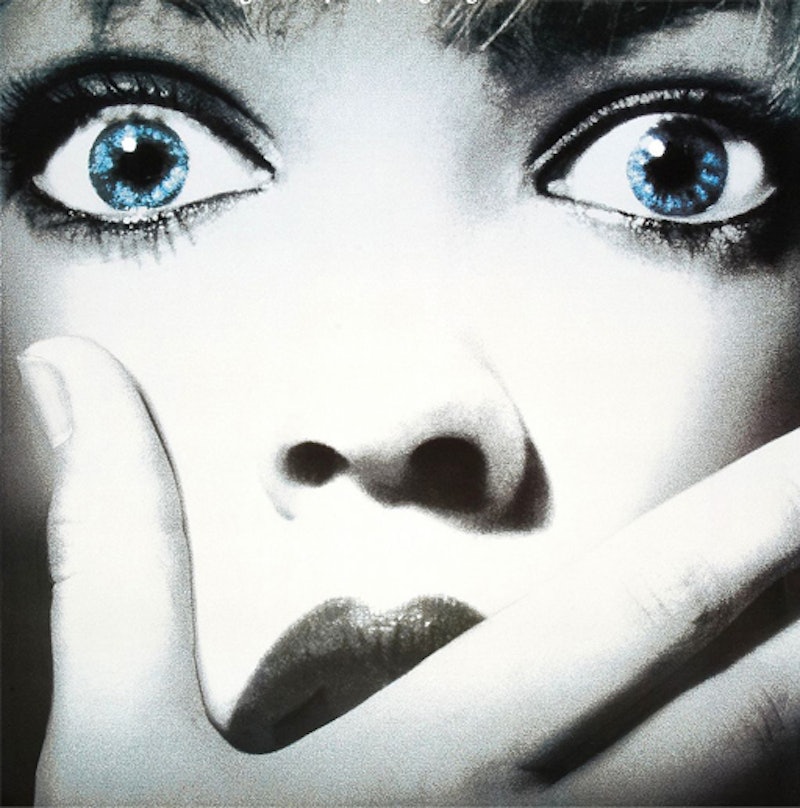 The entertainment industry was dealt a devastating blow on Sunday when legendary horror movie director Wes Craven passed away at age 76. He was battling brain cancer. Though Craven is probably best known for writing and directing A Nightmare On Elm Street in 1984, he also launched the wildly successful Scream franchise with Dawson's Creek creator Kevin Williamson in 1996 — a move that changed the horror genre forever. Almost 19 years after the premiere of the first film, the original Scream trilogy still sends shivers down my spine. I think taking a look back at some of the best moments from the Scream movies is a great (albeit small) way to pay tribute to Craven’s incredible career.

Expertly mixing self-aware humor with bone-chilling scares, the Scream trilogy doesn’t just poke fun at common horror movie tropes ("What was that noise? I'm going to go check it out."), it pushes past them, bending, twisting, and often completely rewriting the so-called "rules" of the slasher sub-genre in order to keep audiences glued to the edge of their seats. It’s unforgettable. Craven will be greatly missed. Fortunately, he will live on through his revolutionary work, which will undoubtedly continue to inspire filmmakers for years and years to come.

Below are 17 of the most iconic moments from the Scream trilogy:

Ghostface made its big-screen debut almost 19 years ago now, but its looming presence and threatening growl ("Do you like scary movies?") still strike fear in my heart. I never thought I would be so scared of a cheap Halloween mask! (To this day, whenever someone brings up actress Drew Barrymore, I think of this harrowing scene. It'll never leave me.)

When Sidney Meets Ghostface For The First Time

After making fun of supposedly stupid slasher movie victims who are "always running up the stairs" when they "should be going out the front door," Sid is forced to run up the stairs while trying to make her escape! Coincidence? I think not. Karma's a jerk.

When Randy Explains "The Rules"

It's such a brilliant plot device.

When Tatum Gets Stuck In The Pet Door

I think Tatum is one of the best characters in the Scream franchise, so I'm always sad to see her go. "Cut, Casper. That's a wrap."

When Billy Fakes His Own Death

It's just corn syrup dyed with red food coloring, Sid! Don't fall for it! Ugh, she can't hear me.

When Billy & Stu Stab Each Other

It's so hard to watch.

The idea that you could stand at the front of a crowded movie theater, gushing blood from your stomach, and still be ignored is truly terrifying. (Sadly, the senseless murders that have taken place in U.S. movie theaters in recent years have added an additional layer of horror to this scene.)

When Sarah Michelle Gellar Bites It

When Randy Explains "The Rules" Of A Sequel

When Randy Bites It

No, Randy, nooo! He let his guard down for just one second and BAM.

The tension in this scene is almost too much for me to handle.

When Sidney Has To Crawl Over A (Maybe?) Unconscious Ghostface In A Cop Car

OMG, when she accidentally honks the horn! OK, the tension in this scene is too much for me to handle! I have to close my eyes.

Sidney: "You're forgetting one thing about Billy Loomis."

Every Time Parker Posey Is On Screen In Scream 3

She steals every scene.

When Carrie Fisher Makes A Cameo For Some Reason

When The Killer Rewrites The Stab 3 Script

I could go on and on, but I think I've covered the big ones. Hopefully this list has helped remind you of Craven's creative genius. I don't know about you, but I'm going to re-watch the Scream trilogy ASAP.