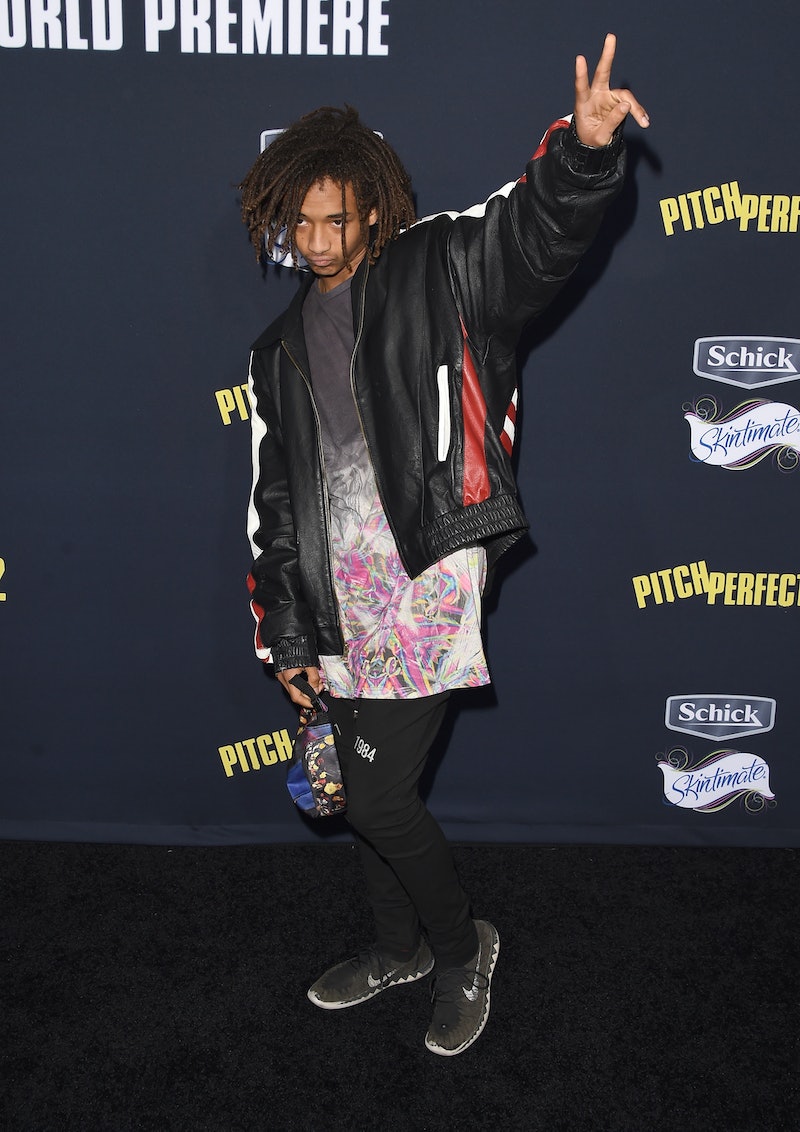 Once upon a time, in a world where androgyny was arguably a lot more accepted than it is now — i.e. the '70s — men wearing dresses wasn't nearly as revolutionary as it is now (what a step back for humanity). That's not to say it doesn't happen anymore, because there are still some male celebrities who wear dresses without worrying about the hyper-masculine focused society that we live in today. As Iggy Pop once said, "I'm not ashamed to dress 'like a woman' because I don't think it's shameful to be a woman."

By celebrating these famous men who don dresses in public, we can teach boys (and other men) that clothing doesn't need to be part of a gender binary. I don't believe gender neutral apparel should have to only be part of a special collection, a special brand, or a special event. It should just be how we perceive all clothes. After all, androgyny doesn't have to be for thin women in masculine clothing and no one else, so why are non-gendered garments so often focused on male clothing that women can wear as opposed to promoting pink sequins and feathers for dudes too?

These seven guys are arguably helping to change the world with their contributions to pop culture through their chosen art forms, but their refusal to adhere to the masculine expectations of society and media are what make them truly special to me. As Eddie Izzard has said, "They're not women's clothes. They're my clothes. I bought them."

Eddie Izzard's comedy career is littered with jokes about his transvestite side. Sometimes he'll simply opt for a lick of nail polish. On other occasions, he'll be wearing shoes that even I couldn't walk in. Either way, Izzard's unabashed adoration of wearing women's clothing whilst also making light of that choice makes the concept a lot less alien to many others out there.

A$AP Rocky appeared on 106 n Park wearing this dress and Timberland boots, refusing to care what others might think of him. The rapper helped bring androgyny to rap and hip hop, and that's undoubtedly an inspiring move.

So Bowie basically invented the notion of men wearing dresses in contemporary culture. My hat's off to the Father Of Modern Gender Bending.

A designer of fabulous dresses and a wearer of them, Marc Jacobs wore this lace dress to the 2012 Met Gala, saying, "I just didn't want to wear a tuxedo and be boring."

Young Thug is arguably one of the most androgynous male celebrities in the public eye right now and we need to cherish that. His shoot for Dazed and Confused is, IMO, the perfect image of what "androgyny" should mean in 2015: A beautiful eradication of gender-based rules in fashion for all.

He just looks so happy and free. Being 17 can be a tumultuous time filled with one identity crisis after the next, but Jaden Smith is already more level-headed and free-thinking when it comes to trumping unnecessary gender rules than a lot of us.

Kurt Cobain once said, "I definitely feel closer to the feminine side of the human being than I do the male — or the American idea of what a male is supposed to be. Just watch a beer commercial and you’ll see what I mean." The Nirvana hero's honesty remains incredibly moving.

Androgyny should be allowed to translate to all kinds of musical genres, art mediums, and individuals. Here's hoping that these men and more like them will continue to wear dresses and inspire us all both with their style. But more importantly, with their refusal to adhere to social expectations.