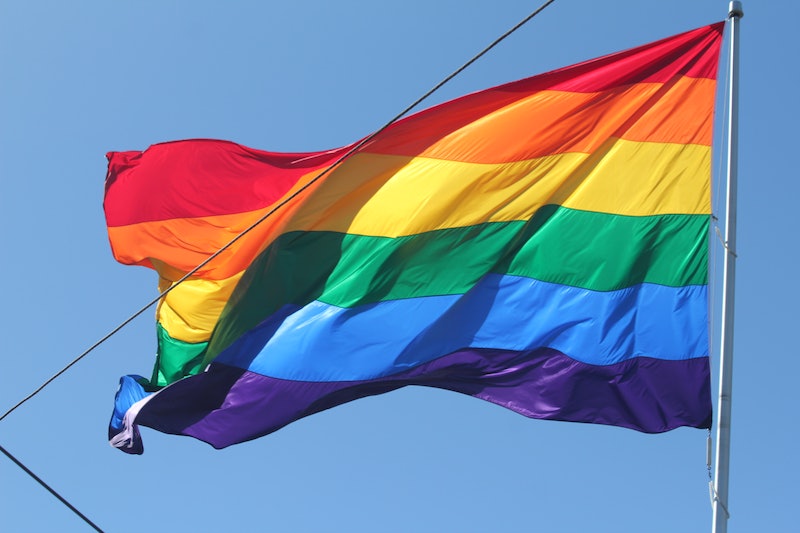 Many of us have thought about what we would say to our past selves if we could guide them with our current perspectives, but what about our future selves? This question carries extra weight when directed toward marginalized groups, whose future selves will hopefully live in a world that treats them differently. Mashable's "Transgender Teens Speak To Themselves 10 Years From Now" video showcases the messages that today's transgender youth would relay to their older selves, and many of them illuminate the struggles that transgender people in the United States currently face.

In recent years, the word "transgender" has become a part of many Americans' vocabulary. Unfortunately, though, this doesn't mean that our society understands the plight of those who don't identify with the gender they were assigned at birth, and it certainly doesn't mean everybody reacts to these struggles sympathetically. Many transgender youth have felt obligated to hide their identities. Transgender people have higher rates of depression and anxiety, make up a disproportionate segment of the homeless youth population, and often lack access to healthcare. Suffering transphobic bullying has led a number of transgender teens to end their own lives.

But the hopes expressed by the teens in this video reflect larger hopes for the changes that society could undergo over the next ten years. Here are just a few of them; watch the full video below for more.

2. "I hope that your father has come around and is very, very supportive of you."

While many of us fear our parents' disapproval, transgender people often experience the worst of it. Much of the previous generation doesn't understand what it means to be transgender and views non-conformity to one's assigned gender as a failure. 41 percent of Americans say they would be upset if their child were transgender. Mental health counselor Melissa MacNish told The Boston Globe in a feature on parenting transgender children that there is "a direct correlation between family support and positive mental health outcomes,” so the sooner parents can educate themselves, the better.

3. "I hope you're in a good place because honestly I cannot wait until I'm 27 and I'm done with all this teenager garbage."

While many of us can relate to the desire to be done with "teenager garbage," the It Gets Better Project has created a series of videos reassuring transgender youth in particular that identifying with a gender not assigned at birth — and life in general — does get easier for many people over time.

Astonishingly, a third of Americans believe it is morally wrong to be transgender. However, the good news is that, while 38 percent of 45-to-64-year-olds believe this, only 18 percent of 18-to-29-year-olds do. My personal hope is that in 10 years, this number will have declined to zero.