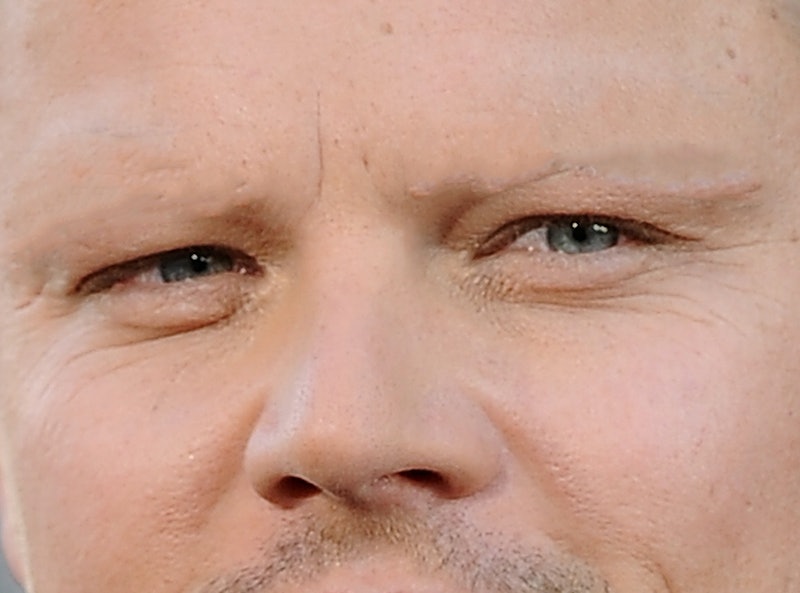 By now you've probably heard that, in addition to our general obsession with them, eyebrows are a key feature for facial recognition. Maybe this is because eyebrows are all we really pay attention to nowadays. But it's probably because, as we like to say in the beauty world, eyebrows are the features that frame the face. Honestly though, my biggest takeaway from the study that concluded the recognition factor of eyebrows was how it was conducted.

In case you're unfamiliar, basically, researches showed participants pictures of celebrities that were Photoshopped to either not have eyes or not have eyebrows. And whichever way a certain celebrity was presented, he or she was not also shown in the other format. In other words, if one person saw a photo of Jennifer Lawrence without eyes, that person was not also shown a photo of Jennifer Lawrence without eyebrows. No hints! Well, given my mild obsession with celebrities, and larger obsession with eyebrows, I want Hasbro to produce this game ASAP. But until that happens, we'll do an alpha test of sorts.

OK everybody, it's time to play Guess! That! Celebrity! Will you fall among the majority who more easily recognizes celebs without eyes? Scroll through to find out.

Well, how did you do? Was this brow game too strong?

More like this
Why TikTok's 15-Minute Cleansing Challenge Isn't All It's Cracked Up To Be
By Rebecca Fearn
Here Are All 703 Outfits Rachel Wore On Friends
By Kat George
What Does “The Rizz” Mean On TikTok? The Viral Slang Term, Explained
By Alexis Morillo
The 10 Memes That Defined 2022
By Alexis Morillo
Get Even More From Bustle — Sign Up For The Newsletter