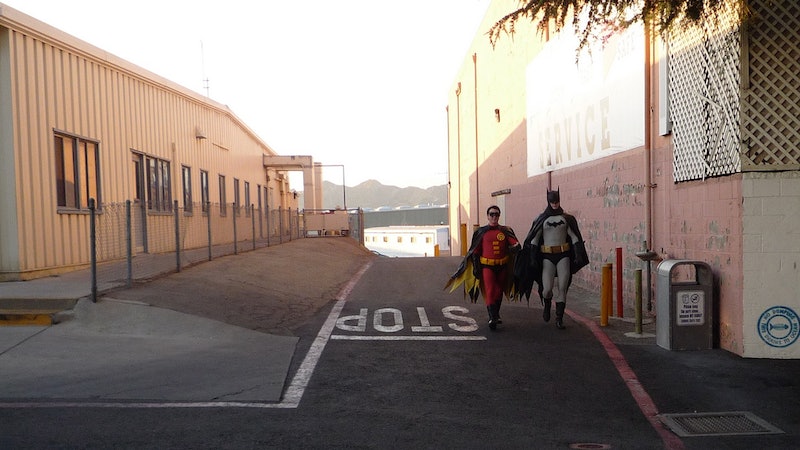 Holmes had Watson. Lucy had Ethel. Ferris had Cameron. These characters were there to support the main protagonist, but they couldn't help sometimes stealing the show themselves. The same goes for many characters in YA books. Sure, the hero or heroine has a story to tell, but a compelling secondary character can sometimes snag the spotlight, making readers wonder what else that character has to offer. These five are no exception. What's more: the characters below are all women, which shows that authors are building well-rounded, compelling female characters — even if they sometimes take the sidelines.

Harry Potter's female sidekick is a no-brainer here. Hermione has the smarts, the talent, the wit, and the ass-kicking attitude the run the show all by herself, but she graciously allows Harry to live his story and act as his support structure with Ron.

In a 2001 O magazine interview, J.K. Rowling noted that she was often asked why she made her main character a boy and not a girl. Her response? "My feminist conscience is saved by Hermione, who's the brightest character." And it seems her conscience should rest easy because Hermione is often considered a feminist icon in pop culture.

Marlee can't be bothered with distractions from her real life, while most of the other girls in Kiera Cass' The Selection and The Elite are twirling their hair and daydreaming about princess life of glamorous balls and ornate dresses.

Cass' Selection series tells the story of America, who is competing against several other teenage girls for the heart of Prince Maxon and the future throne. Though her name seems ripe with revolutionary spirit, America often busies herself with musings on her personal love triangle and her insecurities, which can become grating. In contrast, another contestant and America's proclaimed best friend Marlee seems ripe for heroine material. Marlee seems decisive, brave, and willing to fight for what she wants, even if that decision would be considered treason. It's hard not to wish to see the story from Marlee's eyes. Instead, America, and by default, Cass, cloaks Marlee in empty words like "pretty" and "good" and "sweet" — which defies the idea that the protagonist knows Marlee at all, if readers can easily see past those words to her true character.

In spite of the negative buzz surrounding her casting in the movie adaptations of Suzanne Collins' dystopian series, Jena Malone killed Johanna Mason in Catching Fire. Don't get me wrong, Katniss is an incredible heroine. But isn't it nice to have another powerful woman to talk about in the same series? And this tribute has fire in her heart, maybe even more so than the proclaimed "Girl on Fire." She spits fury at the Capitol over the Hunger Games, but she's not so hardheaded as to deny that teamwork may be the best approach to revolution. Plus, she's got charisma.

When it comes to Emily Young, haters gonna hate. But honestly, wouldn't you rather a story about Emily and Leah's love triangle with Sam than the back-and-forth with overprotective Edward, empty-but-hunky Jacob, and emo Bella?

Emily, for non-Twihards, is the part- Quileute woman who is engaged to werewolf Sam Utley. Sam previously was in love with fellow wolf and Emily's cousin Leah, but when Sam met Emily, he imprinted on her and left Leah. Emily spurred Sam's love several times, pushing him to return to her cousin, but Sam wouldn't give up. When Emily called Sam a liar during one of these times, he mauled her, giving her three large scars down her face. However, in New Moon, Emily and Sam are together, and Emily acts as caretaker to the wolf pack. Wait... what? Readers are clearly missing some steps, though Stephenie Meyer's series is no stranger to troublesome, even abusive, relationships she passes off as meant-to-be. Emily Young doesn't get enough of a shot in the series, and her story is clearly compelling enough to warrant it, as she shows a strength and capabilities far beyond Bella.

While not necessarily a "sidekick," Scarlet's take-no-prisoners grandmother is one of the most compelling characters to come out of the Lunar Chronicles series. Most of what readers know about grand-mère is told through hearsay and Scarlet's memories, but she is one tough cookie for an elderly woman. In her youth in the Air Force, Michelle got involved in a complicated plot to hide the last surviving Lunar princess from her murderous stepmother, and she risked her life to keep the little girl alive and safe. Decades later, her past comes back looking for the princess, and again Scarlet's grand-mère stays loyal to her cause and keeps quiet despite what the kidnappers have prepared for her. Michelle's story was so distracting to the main plot lines that I found myself aching for a book all of grand-mère's own.