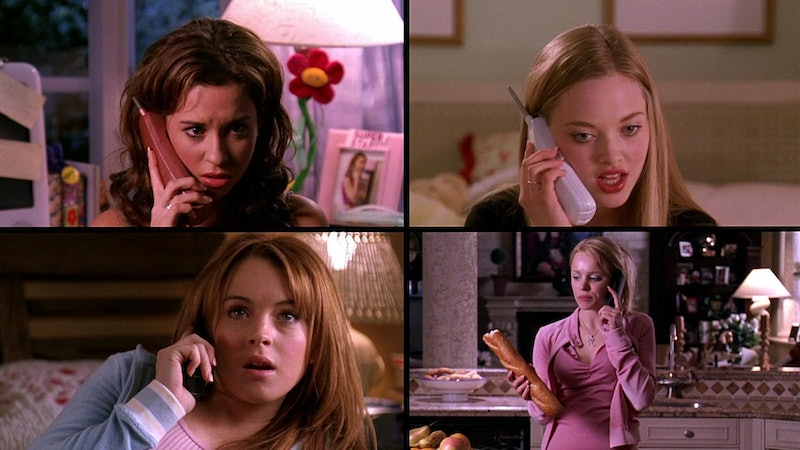 Is there anything so corrosive to friendships, work relationships, and dating as passive aggressiveness? I'm going to go ahead and say it: No. Passive aggressive comments are united by one thing: they want to express aggression, upset, or disappointment, but resort to underhanded implication and suggestion rather than honest communication of true feelings. The result is either that the message gets utterly lost (if you sigh "I'm fine" and everybody says "Oh, she's fine! That's good!"), or resentment that you couldn't just put on your big girl panties, come out, and say what you meant. Nobody reads minds. You do not have to constantly be gritting your teeth. Just spit it out.

There are, of course, situations where passive aggression is actually standing in for real aggression — that is, genuine dislike and desire to hurt. In which case, you're just being a bully. Spitting it out in that context may not be the best decision, but there are better ways to handle serious resentment than veiling them in faux politeness — getting out of the situation, say.

Of course, women are not inherently more passive aggressive than men. Shutting down and refusing to talk is a classic passive-aggressive behavior, just as much as a "Whatever" or "K." text message. But it does particularly seem to infect how women talk to other women — probably because we've all been socially conditioned to be polite, kind little hostesses who never get annoyed by anything. So here are seven passive-aggressive things we need to stop saying to one another. Immediately.

1. "Of Course I’ll Wear Your Bridesmaid Dress/Organize Your Bachelorette Party"

Social pressure can lead us to be epically passive-aggressive. It puts us in a position where we feel saying “no” isn’t an option — particularly when it comes to bridal events and their expectations for friends. So we let it out in other ways, which is where passive-aggressive behavior comes calling.

It should be far more acceptable for women to opt out of responsibility for friends’ nuptials, particularly if the situation is expensive or you don’t have time to do a good job. Unfortunately, if you’re the avoiding-conflict type, this solution may appeal — but if you end up doing a bad job, the bride will probably notice (and say it’s “fine,” so you all have a nice passive-aggressive party together).

What To Do Instead: If you can’t commit, say so straight out, as early as possible, and have an open conversation about what that means.

People have habits that bug us, but we often feel it’s not our place to criticize as friends — so we vent sarcastically. After all, that’s just who they are, and outright anger doesn’t seem to fit the situation, but a little passive-aggression? Perfect. Or, you know, not.

The hilarious thing about this tendency is that sometimes people genuinely don’t realize that they have a particular bad habit, or that it bugs anybody else — because everybody is playing the nice passive-aggressive game and refusing to be open about how much it bugs them.

What To Do Instead: If they’re pissing you off, look at the situation: does it really anger you? Can you let it go? Because if not, you need to actually say “Alice, when you’re late to dinner reservations it makes me really worried and anxious that we’re going to lose our reservation, and I get upset. How can we fix this?”

3. "Why Are You Always So Emotional?"

Passive aggression is essentially a method of avoiding outright conflict at all costs, while still expressing aggressive and violent feelings. One way it manifests itself is in pokes and prods at those who are trying to be healthy and air things in an adult way. What would they want to do that for? Don’t they know that hiding things behind a veneer of dismissiveness is far more alluring?

Putting down the feelings, intelligence, or choices of any person who’s trying to actually resolve a problem might seem like a way to save your own rear, but insults, however carefully veiled, continue to be insults.

What To Do Instead: Allow everybody to have their own emotional space. And if somebody's calling you on your crap, be big enough to defend your own actions rather than criticizing theirs.

Many women who say this don’t even realize that it’s got passive aggressiveness running through its veins. It’s a veiled jab, and leaves the recipient insecure and wounded while also incapable of complaining — because, after all, you've "complimented" them.

The implicit insult in this — you were terribly fat before, and therefore ugly, and now we value you far more by contrast — is so well-embedded in our culture that it may actually be hard to explain how nasty it truly is. They’re just concerned for your health, after all.

What To Do Instead: Maybe don't mention weight at all. Weight is a very tricky subject and some women won't appreciate drawing attention to any change. If they say something, give them a body-neutral compliment in response if possible, focusing on their effort and the fact that they might have achieved a goal.

Comparison can be an amazingly passive-aggressive tool. You’ll know this if your parents ever praised one of your siblings to the other, in the hopes that it would make them envious and cause an improvement in behavior. It’s a classic psychological trick, but that doesn’t make it acceptable. At all.

If you’re always raving on about the magnificence of one particular friend to another, in the subdued hope that the Excellent One’s implied virtues will rub off or demonstrate “what a good friend really is,” you’re going about it all wrong — and also being a dick. Friends are not a mix-and-match deal; if you want somebody to behave better, you have to (surprise!) express it straight.

What To Do Instead: "Want to hang out with my friend Yvette? I think you guys would really get along; you'd complement each other." And, in another mood, talk about what you can both do to improve your friendship. Yes, both of you.

Accusations of exaggeration, misinterpretation, or bending the truth are passive aggressive in the extreme, and cross over into genuine emotional aggression, no matter how nicely you say them. Particularly when done in front of others, it pulls the wind right out of their sails, and they’ll end up looking like “the aggressive one” if they insist that they’re speaking the truth.

Some people do like to tell a tall tale. We’ve all had a fantasist friend (or been the fantasist friend, in fact). But it’s not a tendency that needs to be challenged by slamming them down or subtly pricking their balloon.

What To Do Instead: Are you going to be shocked by my recommendation here? Talk to them. If you're genuinely concerned they're giving the wrong impression about an event or person, make that the focus of the discussion. If you're just not happy they're taking up all the attention, that's your issue, so sort it out.

7. "He's Cute And Everything, But You Could Do So Much Better Than Him"

Surprise! Invalidating a friend's romantic choices, even if you're doing it under the guise of a compliment, is not cool. Coming straight out and saying that you don't like a person's partner isn't a fun situation, but it's definitely better than hiding your dislike behind faux concern that your friend should have higher standards for herself.

Because then the problem isn't him, is it? It's your friend's, for not choosing a better partner or saving herself for an invisible mate that meets your criteria. Trying to criticize them both in a way that doesn't feel like criticism is a waste of your time and an insult to their intelligence.

What To Do Instead: If you really do disapprove of their partner, try to figure out why. Are they dangerous? Do they seem untrustworthy? And if that's the case, is it absolutely necessary to share your opinion? If answers point to Yes (and that will be rare), do it in a way that highlights your own concerns rather than your mate's perceived bad judgement. And be prepared for it to go badly.