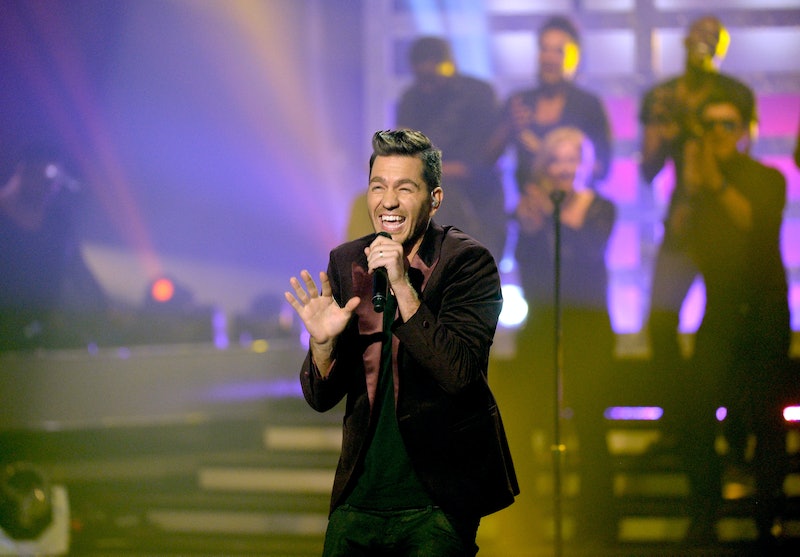 One of my guiltiest pleasures is driving around as an excuse to listen to really terrible radio pop music and sing at the top of my lungs like no ones watching, because, well, no one's watching. The thing is, that by listening to radio pop, you can know so many songs, but have absolutely know clue who sings them. You can't tell me that "Honey, I'm Good" song hasn't accosted you in public places for the last few months, forcing you to know all the words, but still leaving you with no idea who sings it. I'm here to set the record straight. Let it be known that "Honey, I'm Good" is by Andy Grammer, who is joining Dancing With the Stars for Season 21. But who is Andy Grammer besides the man behind the earworm?

The 31-year-old singer/songwriter was making music for many years before this catchy single was everywhere, but now that he's going be on DWTS, there's no doubt that many more people will know his name from now on. Smart move on his part.

So, let's find out some more about Grammer, since he's going to blow up even more very soon.

His Father Is Also An Entertainer

His dad, Red Grammer, is an award winning singer/songwriter in children's entertainment.

He's Got A Fan In Taylor Swift

Swift recently let Grammer sing his latest hit on stage as part of her 1989 Tour, but she's shown him love since 2011, when he joined her in Nashville to sing his previous single, "Keep Your Head Up."

He's Performed On Dancing With The Stars Before

He sang "Honey, I'm Good" live during the finals of Season 20.

He Used To Be A Street Busker

Before he made it big, Grammer used to play on the Third Street Promenade in Santa Monica to get his voice heard. He told Entertainment Weekly , "You can have a whole day out there where nothing happens and then you play a cover that sparks something and then there’s 15 people, then 100, and then you play your own song and it makes everyone happy."

Grammer says on his website that Lauryn Hill's Grammy winning album, The Miseducation of Lauryn Hill, “shifted things inside of me and I loved it." He's inspired by a diverse group of artists. As he explains, “For me, it’s always been about a mix of hip-hop, acoustic singer/songwriters and piano rock... I pull all those together. Each song may lean more heavily on one than the other, but they all have all three pieces.”

He Has Set Some Records Already

With the release of his debut album in 2011, Grammer became the first male pop star since John Mayer in 2002 to reach the Top 10 on Adult Pop Radio on his first two singles, “Keep Your Head Up” and “Fine By Me." They were also certified Platinum and Gold, respectively.

It's obvious Andy Grammer already has the talent to make us dance, so now let's see if he can do it himself. I have a feeling he won't disappoint.