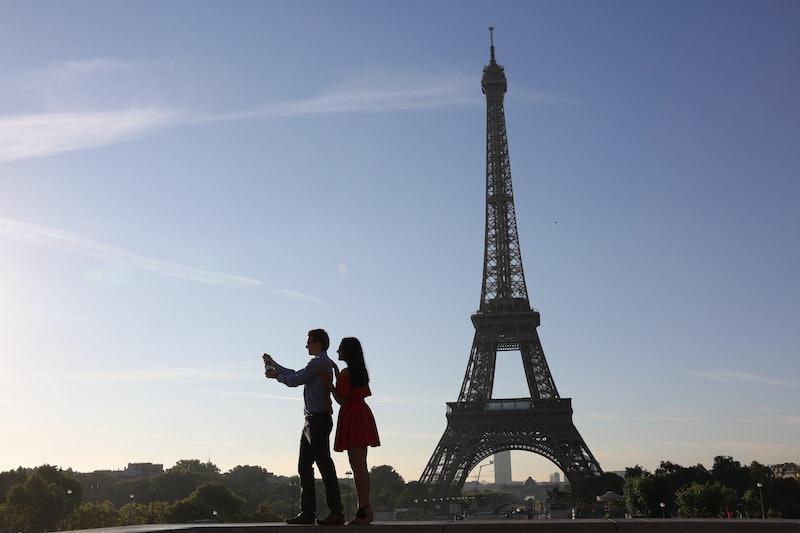 It’s no secret that long-distance relationships take a lot of work. There’s far more trust involved, for starters, and it’s absolutely crucial that the lines of communication are always open. In fact, science has proven that those in LDRs excel at communication because there is so much talking, texting, Skyping, and video chatting going on. Before all this technology, I don’t even know how long-distance relationships were able to work, because waiting for letters couldn’t have possibly been enough… and it’s not like the postal service is the most reliable means when it comes to transporting words of love.

Just as it is with all relationships, there are certain things you should never tolerate in a long-distance relationship. As much as you love someone, you should never sacrifice too much of yourself and the best way to avoid that is to not put up with any bullsh*t moves. Being in an LDR means giving a 110 percent at all times, even in the weeks and months you don’t see each other.

You may be faraway, but that doesn’t mean you have to monotonous about it. No one should have to deal with the same old chatter about how their day was, what’s going on this weekend, or what they had for breakfast. Instead you want a partner who’s willing to shake things up a bit, indulge in some sexy talk or maybe even an exchange of tantalizing photos. If you’re dependent on technology to keep things alive, then you might as well take advantage of it.

There’s nothing more annoying than the one word text. Whether it’s “ha” or “yeah,” it’s an immediate sign that you’re second in line to whatever is going on in their life at that moment. While, yes, your partner might be crazy busy at the moment, especially if you’re dealing with a time difference, a quick text that says, “I’m crazy busy,” will help avoid you freaking the eff out and over analyzing that single word for hours on end.

3. The Suggestion Of An Open Relationship

I am decidedly against open relationships. For me, it’s a situation with which I could never be comfortable, but it’s also a situation that some partners suggest because it fills the lack of physical contact that comes with an LDR. It takes a certain brand of person to be able to handle an open relationship, so if your partner suggests it, especially more than once, and it’s just not for you, then it’s time to re-evaluate things.

Being in a long distance relationship means stepping it up. Stepping it up translates to being accessible, not forgetting times in which you’ve planned to talk, birthday, anniversaries, and the rest of it. The physical distance can create an emotional distance, so it’s important to be with someone who doesn’t flake on the important stuff. Send them a calendar covered in photos of you, if you think that will help.

5. Being Hung Up On Mid-Argument

Because communication is so damn essential to the success of a long distance relationship, you should never put up with someone who deals with confrontation by hanging up on you. It’s not just a totally juvenile dick move, but it doesn’t provide resolution and leaves both parties seething. No matter how pissed off you and your partner might be at each other, for whatever reason (they forgot your birthday because you didn’t get them a calendar), you need to make a promise to each other that you’ll never hung up until you both make an effort to remedy the problem.

A little bit of jealousy isn’t a bad thing. Jealousy keeps both you and your partner on your toes and is sometimes the reaffirmation you need that they’re still into you, and actually serves an evolutionary purpose. But it’s when jealousy gets out of hand and affects your daily life, that it’s just no good. Long-distance relationships are built on trust, and lots of it; they doesn’t have room for jealousy and you certainly don’t deserve to have your partner checking up on your behavior as if you’re a criminal.

Even if you and your partner have nothing to say to each other, because it’s just one of those days, you should never let too much time pass without talking. If you try to reach your partner and they seem to have dropped off the radar, it can lead to an awful sinking feeling and loneliness. It’s hard enough to be without the person you love on a daily basis, so you shouldn’t tolerate prolonged silence.