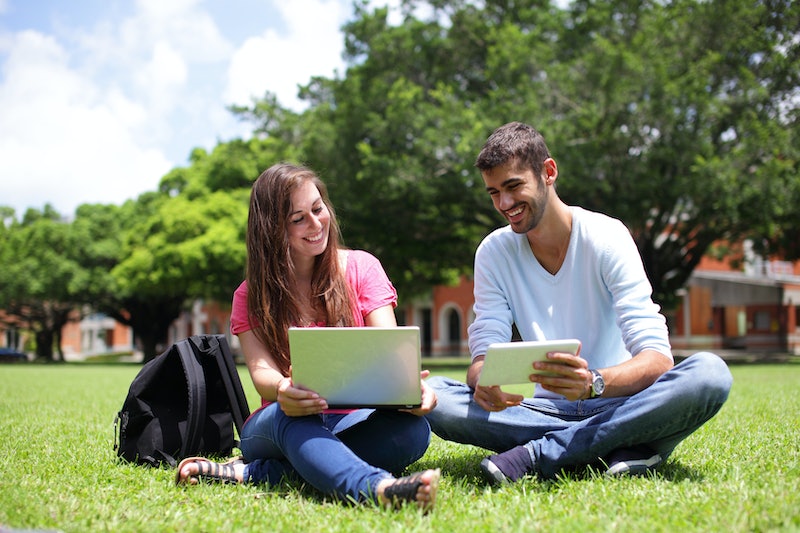 When you packed up your things to head off to college this year, along with your extra long sheets for those dorm beds, books, fancy new pens, and posters for those stark dorm walk, you probably also brought with you dreams of falling in love. You may have begrudgingly made it through last year casually dating without securing a love affair that rivals that of a Fitzgerald novel, but that doesn’t mean this year has to be the same. The dating app Clover wants to change all that for the hopeless romantics out there so they did some research on the best colleges for finding true love.

As the Clover survey found, through research from this past spring, there is no one corner of the United States that’s more inclined to lean toward love than the other. The schools in which students are hoping to find “the one,” whether for a handful of months, a few years or an entire lifetime, are evenly spread out.

I’m not suggesting you transfer if your school isn’t on this list, but maybe you could hit up these places on the weekends and see who you can find. Here are the five top schools where the students are really looking to fall and fall hard.

Among the research on schools that want love most, Clover also looked into the schools where the students are most liked. While the lists were different, at least in regards to schools, the states in which the schools reside had some similarities. For example, Bowling Green State University, which is in Ohio, comes in at number five on the top list of schools looking for love, while Ohio State University also came in at number five for the top five schools where the students are most liked.

At number four on the list is Central Michigan University, which is legit central and not really close to anything. But, hey, if the students there believe in love, then at least they have that going for them.

With Columbia coming in at number three on this list, we once again have a correlation between Clover’s “most liked” list in regards to New York City. Although those who live in New York are often thought of as cold bastards, the truth is we’re really not. NYU comes in at number four on the most liked list and with Columbia at number three for universities were students are hoping to find love, one has to deduce that NYC just might have a positive impact on the people who call it home ― even if it’s only for four years.

Although Florida often brings to mind humidity, Mickey Mouse, and some outrageous crimes (seriously ― Google that), when it comes to emotions they’re all about it. Not only does Florida State University come in second spot for students looking for love, but the University of Central Florida and the University of South Florida come in at number two and three, respectively, on Clover’s “most liked” list. Suddenly all that humidity doesn’t sound so awful.

Kentucky has been in the news a lot lately and it’s definitely not been for love. Granted, we can’t fault an entire state because of Kim Davis, but sadly the thought of Kentucky is currently leaving a sour taste in the mouths of those who believe in love in all its forms. However, hopefully this part of the study’s finding will change that: According to Clover’s findings, the top school where students are ultimately hell bent on finding their true love are at Western Kentucky University. Gives you a sense of hope for the world, doesn't it?

More like this
Anguilla Is The Under-The-Radar Caribbean Destination You Need To Visit
By Rachel Lapidos
Here’s Your Daily Horoscope For November 30, 2022
By Mecca Woods
Here’s How To Find Your Spotify Wrapped
By Emma Lord and Emma Carey
The Moon Tarot Card Wants You To Seek Clarity
By Nina Kahn
Get Even More From Bustle — Sign Up For The Newsletter