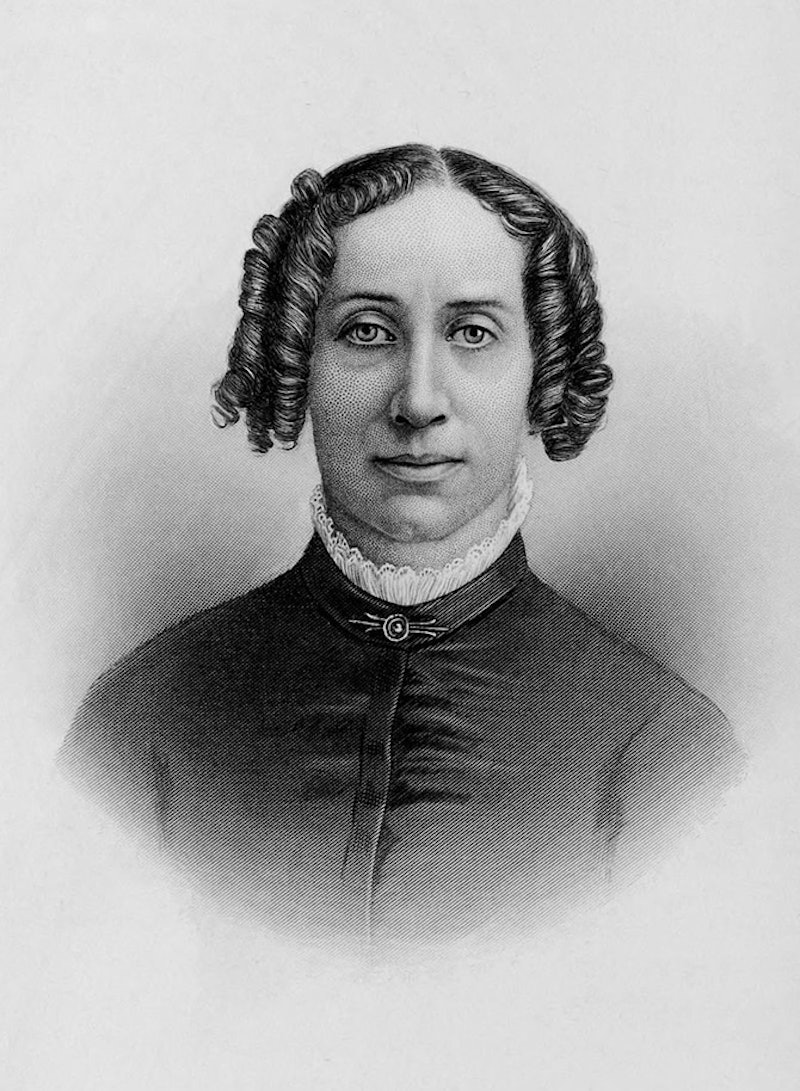 You don't have to look very far these days in order to find information about the most prominent figures in the history of American feminism. We're lucky to live in an era when the achievements of ground-breaking activists and thinkers like Ida B. Wells, Elizabeth Cady Stanton, Susan B. Anthony, and Maya Angelou are no longer marginalized the way they once were. But while it's now easier than ever before to find out about the lives of the most famous feminists, there are still a great number of women who made important contributions to the first, second and third waves of feminism, but who don't get the same amount of time in the spotlight as some of their contemporaries — sometimes because their contributions were less publicized, sometimes because their achievements were overshadowed by the accomplishments of their peers, and sometimes, just because history is unfair.

But just because you didn't learn their names in school, doesn't mean you shouldn't learn about these important American feminists now. For sheer ease of scale, this list has kept to the American movement – but be aware that women's rights have a history all over the world, and that these American names are only the tip of a worldwide iceberg of unsung heroes. If you go beyond American feminism, there's an entire world of women who've made huge contributions to the global struggle for women's rights – like Luisa Capitello, the Puerto Rican activist and feminist who was arrested for daring to wear pants in public in 1919. So don't forget to do some digging about them, too — just because you didn't read about them in your history textbooks, doesn't mean they didn't help shape the world.

If you've heard the name "Stone" in connection with the history of American feminism before, it's likely because of Alice Stone Blackwell's mother, Lucy. Lucy Stone was a major actor in the early fight for American women's suffrage, and when Alice came along, she too continued the fight in her own way. Blackwell was a political radical who edited the Women's Journal, the official journal of the American Woman Suffrage Association. However, Blackwell is best remembered as an important peacemaker within the feminist movement. Her mother had famously fought with Susan B. Anthony and split off into her own suffrage association, but Blackwell convinced the two associations to rejoin forces in 1890. They become a much more powerful group as a result.

Clarina Nichols was an agitator for progress regarding many of the issues facing 19th century America, while working as editor and publisher at her second husband's paper, the Windham County Democrat. Nichols was actually an antislavery activist first, but she also wrote scathing editorials about subjects like women's inability to own property in Vermont. Later on in her life, she became one of the most influential lecturers in the first wave of feminism. Nichols is credited with inspiring important state legislation in Kansas and Vermont (her two home states) on everything from women's custody rights to the right to equal education. She and Susan B. Anthony mounted numerous campaigns together, and Anthony gave her an entire chapter in her History Of Woman Suffrage.

Jacqui Ceballos is one of modern feminism's under-appreciated heroes. She was a hard-working activist whose main claim to fame is her participation in the famous Town Bloody Hall debate, where feminist writer Germaine Greer and writer Norman Mailer argued about women's sexual rights. Though Greer was Mailer's main debate opponent, Ceballos — who was then president of the National Organization for Women — also argued against Mailer alongside such boldface feminist names as Diana Trilling. She led the 1970 Women's Strike For Equality, which completely shut down Fifth Avenue, and later founded Veteran Feminists Of America to bring feminists from all "waves" together.

If you've heard of Anna J. Cooper, it's likely because of her seminal work, A Voice From The South: By A Woman Of The South , published in 1892. The book is a sharp series of essays on issues from racial segregation to women's rights, but Cooper herself was just as interesting as her writing. Born into slavery, Cooper was one of the first prominent African-American female scholars in the U.S. She was the fourth African-American woman to receive a doctoral degree from the University of Paris-Sorbonne in 1925, and held a Masters in Mathematics from Oberlin College. And even if none of this sounds familiar, you might know Cooper's work better than you think — a quote of hers is printed inside your U.S. passport booklet: "The cause of freedom is not the cause of a race or a sect, a party or a class – it is the cause of humankind, the very birthright of humanity."