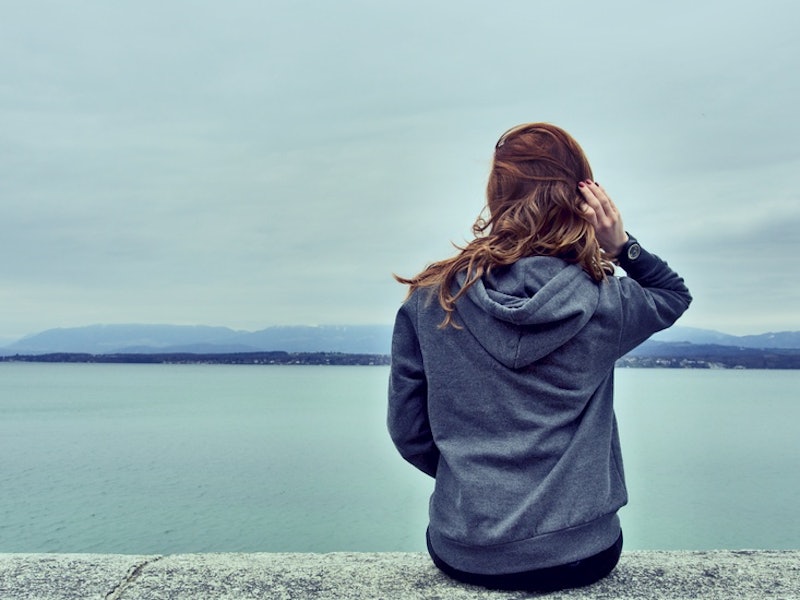 We all have negative thoughts every know and then. Even when things seem to be going great, we sometimes just can't help but focus on the few things going wrong. Figuring out how to stop thinking negatively is a process, and a skill that has to be developed. Doubting ourselves, worrying about how things might go badly, or thinking negatively about others is natural every now and then, but if it's something that is present more often than not, it's important to start practicing habits to stop those kinds of thoughts in their tracks.

If you're worried about having negative thoughts just occasionally, don't be too worried just yet. According to a study featured in the The Review of General Psychology and the New York Times, negative thinking is probably a huge factor in why humans survived as a species, since our ancestors who were more attuned to the dangers and bad things around them were the ones more likely to survive and pass on their genes. So basically, we're kind of biologically programmed for negative thinking.

The problem is, studies also show that negative thinking can negatively affect our health. According to a study published in the Public Library of Science, negative thinking and self-blame can be the main predictor of many mental health problems, and research featured in Mental Health America states that it can even have a negative impact on our life span.

So basically, even though it can be hard to do, positive thinking is important! Here are a few ways to help kick those negative thoughts to the curb.

According to clinical psychologist Lisa Firestone, it's important to recognize what exactly is triggering your negative thinking and self-doubt. Is it asking someone out on a date? Speaking up during a meeting? Going to a social event by yourself? Dr. Firestone states that once you start to recognize your own patterns, you'll be better able to identify the insecurities driving your thoughts and ignore them more easily.

2. Go For A Mental Shopping Trip

Psychologist Guy Winch, Ph.D. noted in an article for Happify, a site and app aimed to increase user's happiness, that going for a "mental shopping trip" can help steer your mind in a new direction. Basically, his point is to try to focus on the very specific and detailed acts of being in the grocery store, like picking up items on the shelf and putting them in your cart. Once you do it enough times, Winch claims you'll get good at redirecting your negative thoughts and moving on with your day.

3. Distance Yourself From Negative People

According to a 2013 study published in Clinical Psychological Science, negative-thinking can actually rub off on other people. This means that making an effort to surround yourself with positive-thinkers truly can help to foster your own positive outlook, whereas negative-thinkers may only increase your vulnerability to negative thoughts.

An article published by Harvard Medical School indicates that taking the time to consciously think about what you are grateful for and actively giving thanks can make you happier and more positive. The study even recommends thanking people personally when you can, or keeping a gratitude journal.

5. Don't Try To Suppress Them

Interestingly enough, a study on thought suppression published in Scientific American revealed that the more you tell yourself not to think about something, the more likely you are to think about it. For example if I told you not to think about polar bears, you'd probably start thinking about them, right? So when you feel a negative thought rising in your mind, like, "I shouldn't have said that," or "I'm not going to get that promotion," let it come, and then let it go. Actively trying to push it out of your mind could only make it worse.

Real life is stressful. Work, relationships, and day-to-day worries can sometimes be enough to push us into a very negative mental space, but with a little practice, we can teach ourselves to push back those negative thoughts, making us happier, healthier, and better equipped to deal with life.