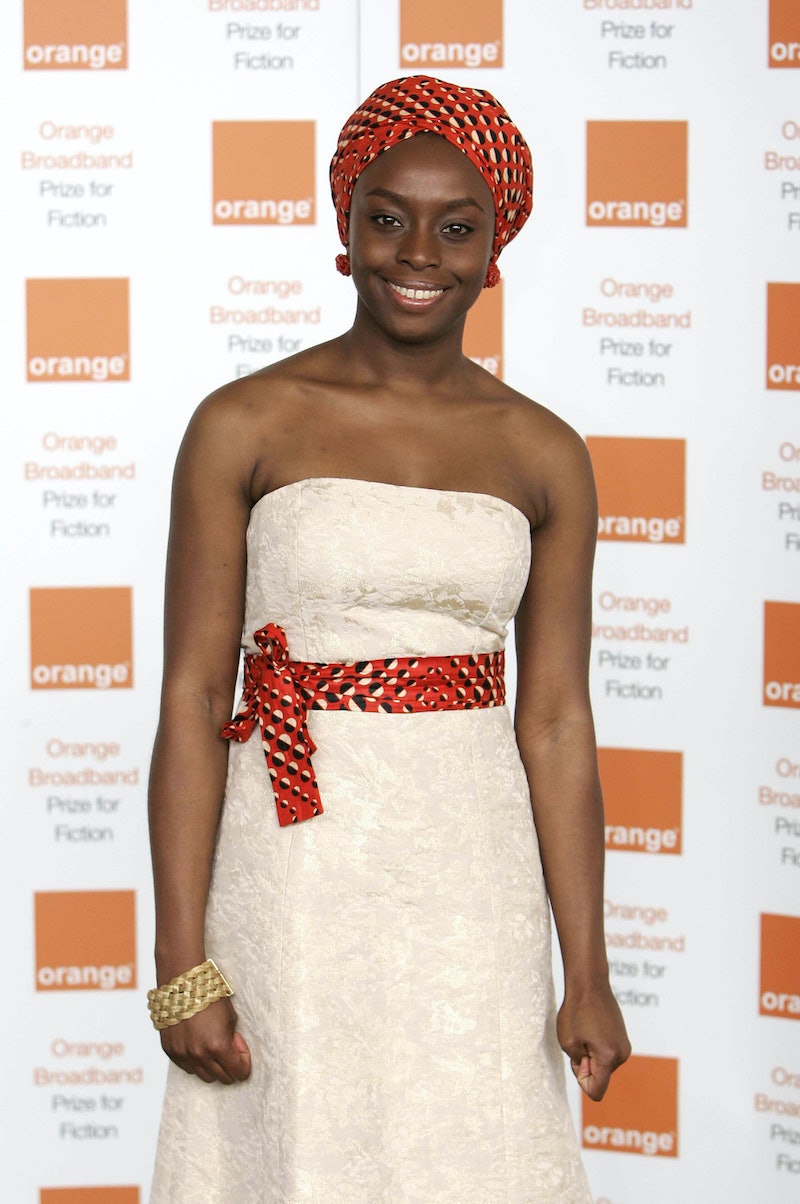 Even as we talk about the GOP's War on Women and the nuanced nature of intersectional feminism in the U.S., we must also make sure not to neglect the powerful, important work of feminists around the world. We cannot afford to perceive feminism in the U.S. as though it exists within a vacuum. There are certainly similarities between the feminist struggle in the U.S. and abroad, but some of the fights for justice that exist outside the U.S. risk seeming extremely isolated from us unless we actively play close attention to them. If we want our feminism to be all-inclusive, then we need to talk about feminists from foreign countries who are making a difference.

Only some of these women make constant appearances in American media, but all of them are working hard within their countries to make the world a better place. They fiercely campaign for and defend women's rights, and offer insightful perspectives on international feminism. Additionally, they force us to confront our own subconscious stereotypes and prejudices about the nature of oppression in other parts of the world, and make it clear that their lives, more often than not, hinge on their fights for justice. Here's a brief look at what some feminists from other countries are working on.

A longtime advocate for girls' education, the 18-year-old Yousafzai became the youngest Nobel Prize laureate when she won the Nobel Peace Prize for her work to make education accessible to all children. She accelerated into the international spotlight when she was shot by the Taliban in 2012, but during a speech in June at San Jose State University, she explained that she doesn't want to be permanently known as "the girl who was shot." Instead, we should celebrate Yousafzai's extensive work in the educational arena.

At the age of 11, she was already writing a blog for the BBC under a pseudonym to talk about the Taliban's occupation and to promote girls' rights to education in her native Swat Valley in Pakistan. And earlier this summer, on her 18th birthday, Yousafzai opened a school near the Lebanon-Syria border for Syrian refugees. After everything she has been through, she is more committed than ever to making sure that girls around the world are able to get an education. That goes for herself, too — she aced her GCSEs, and can go on to study for her A-levels.

Adichie is a Nigerian writer and novelist who currently splits her time between the United States and Nigeria, where she teaches workshops. When she was 19 years old, she left Nigeria to study in the United States, and though she perceives herself as a storyteller, she told Ms. Magazine that she would not mind if people were to refer to her as a feminist writer. Adichie famously gave a TED Talk in 2012 titled "We should all be feminists," in which she detailed her lived experiences as an African feminist and discussed gender and sexuality as social constructs that have shaped our perceptions of the world and treatment of one another.

I am angry. Gender as it functions today is a grave injustice. We should all be angry. Anger has a long history of bringing about positive change, but in addition to being angry, I’m also hopeful because I believe deeply in the ability of human beings to make and remake themselves for the better.

During this TED Talk — which garnered attention when it was sampled in Beyoncé's "Flawless" — Adichie also brought attention to the intersectional nature of her identity as a Nigerian woman, explaining that she has tried to unlearn much of what she internalized about gender roles and expectations growing up.

The problem with gender is that it prescribes how we should be rather than recognizing how we are.

Adichie pushes us to confront our own discomfort about gender roles in society, and to evaluate how we might have subconsciously internalized these roles without even realizing it.

Cacho is a Mexican investigative journalist, feminist, and human rights activist whose work focuses on violence against women and children. In her 2004 book The Demons of Eden, she described a sex-trafficking and pederast-pedophile ring protected by prominent businessmen, which led to rape and death threats as well as libel charges. She was briefly arrested before her friends arranged for her bail.

The court failed to protect Cacho, but she didn't stop working even after the United Nations Human Rights Council encouraged her to seek asylum elsewhere. When Cacho was on her way to testify against the powerful men she had implicated in her book, she almost died because her tires had been tampered with. But she is still working hard against violence and oppression: She went back to Cancun, where she reported on the pedophile ring, to open up a women's shelter, and refuses to flee.

Conservatives in Uganda once called Tamale "the worst woman of the year" because of her detailed work on gender and sexuality, and because she proposed that gay and lesbian folks be considered minorities. She was the first female Dean of Law at Uganda's Makerere University, and has written books about African feminism, the role of gender in Ugandan parliamentary politics, and the variety of cultures and sexualities that exist on the African continent.

Tamale worked for the Ugandan Equal Rights Trust, and has given speeches all over the world about treating women in the workplace with respect. She pushed back on government officials who legislated against gay people, calling for them to affirm the identities of all people.

A well-known critic of the Karzai administration and a former parliamentarian in the National Assembly of Afghanistan, Joya is an activist and writer whom the BBC called "the bravest woman in Afghanistan." She was dismissed from the National Assembly in 2007 after publicly condemning the presence of warlords and war criminals in Afghan government. Joya stands in solidarity with suppressed people everywhere from Afghanistan to Palestine.

Joya became an activist at a very young age. Because her father was a democrat when Russia invaded in Afghanistan, she and her family lived in refugee camps in Iran and Pakistan until she was 18 years old. Joya volunteered to teach literacy classes at her secondary school in a Pakistani refugee camp, and became acquainted with children and women whose families had been torn apart. It was this that inspired her social activism.

She has worked hard to expose corruption and institutional violence, and is still working with families whose lives have been disrupted by the Taliban.

An environmental and anti-globalization activist, Shiva "puts women front and center to solve the issue of food security in the developing world," according to Forbes. Throughout her career, she has campaigned against genetic engineering as a method of agricultural development. Shiva fought to reshape the world's stereotypes and perceptions of third world women in her 1988 book Staying Alive, and in 1990 she wrote a report entitled "Most Farmers in India are Women." She was also a founding board member of the Women's Environment & Development Organization.

Shiva has been essential to the global ecofeminism movement, which works along the intersection of feminism and environmentalism. In 2004, she wrote an article entitled "Empowering women," in which she explained that as a result of the patriarchy and of chemicals in agriculture, women have been devalued.

We need to strengthen women's role in agriculture both to remove hunger and empower women. We need to redefine development from women's perspective to ensure that no one goes hungry or thirsty on this planet.

More like this
24 History-Making Black Women You Probably Didn't Learn About In School
By Ayana Lage and JR Thorpe
25 Inspiring Quotes From Black Women To Celebrate Black History Month
By Kyli Rodriguez-Cayro and JR Thorpe
This Is When Netflix Is Going To Start Charging You For Sharing Passwords
By Darshita Goyal
6 Organizations Fighting Police Brutality That You Can Support Right Now
By Syeda Khaula Saad and JR Thorpe
Get Even More From Bustle — Sign Up For The Newsletter
From hair trends to relationship advice, our daily newsletter has everything you need to sound like a person who’s on TikTok, even if you aren’t.