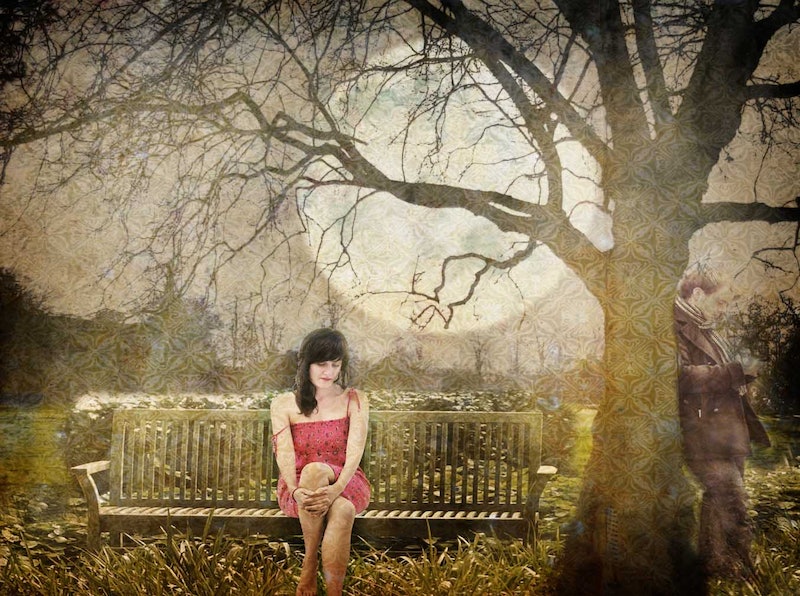 What are the reasons couples break up? When our relationships fail, we sometimes wonder if there was something we could have done to save them — or if there were warning signs we could have heeded to get out sooner. While we don't always notice these signals as a relationship begins to take a nose-dive, sometimes we can look back afterward and determine what went wrong. And if we're good learners, perhaps we can even spot the same problem if it arises again in the future.

But why not learn from everyone's relationships, not just our own? It's much easier than learning the hard way! I set out to provide that opportunity by asking 11 women why their last relationships ended. Some of their answers may clue you in on what to watch out for in your own love life, while some simply could not have been predicted or avoided. Others still are probably what you'd already expect: poor communication, incompatible values, and infidelity, for example. Oh, and encouragingly, despite a recent study reporting that 27 percent of women have ended a relationship due to inadequate penis size, nobody brought up that issue or bad sex in general, so you can all let out a sigh of relief, guys.

Here are 11 breakup stories we can either learn from — or simply commiserate over:

1. Different Values (aka, Valuing NOT Being A Dick)

"My last relationship ended because it turned out the guy and I just didn't have that much in common. We had good chemistry, which got us through the first six or so months, but we weren't on the same page about families or our futures or anything. I mean, it actually ended because he started acting like a dick to me and then dumped me at a bar at two in the morning, but technically, it was about differing values and stuff." — Gaby, 33

"My last relationship literally ended over dirty dishes. I came home and saw that, for the one hundredth time, he piled up the day's dishes in the sink waiting for me to do it, and I just lost it. We've had talks about how we both have to pull our weight in the apartment, and that it's not 1950's suburbia in our little one bedroom where the woman does the cleaning (especially since said woman only orders takeout and never touches the dishes in the kitchen), and I just couldn't handle the blatant disregard for all those talks. He didn't want to make living together easy, so I decided we probably shouldn't live together to begin with. Moral of the story: Do the damn dishes." — Marlen, 26

"My relationship before the one I'm in now ended six years ago because the guy didn't come pick me up from the airport. Seriously. He told me he was going to come pick me up from six months of living in Malaysia. Then I got an email during my layover in South Korea that he was actually out of town and wouldn't be able to make it. I even gave him one more shot after that, but I was still pretty bummed and scarred by him basically stranding me at the airport. It was brutal." — Jodie, 26

4. A Failed Attempt At Polyamory

"My ex and I were in our first open relationship. As well-versed and open-minded as we thought we were, I don't think we realized what a challenge maintaining a healthy open relationship really is. At times, it was like a contest, like who could have sex with more people in a week. It started to take a toll on my health, and it just wasn't fun anymore, so I ended it with him exactly a year ago. We are still each other's confidantes, and I think we are much better off that way." — Stephanie, 27

"We stopped talking to each other. In the start of the relationship, we were both such passionate people, laughing and challenging each other. In the end, we just mostly watched TV together. We rarely had sex, and when we did, I closed my eyes and thought of a coworker. In hindsight, I should probably have left six months before I did." — Maggie, 26

"His ex/good friend died right around Christmas. She was young. It f*cked him up, and he ghosted me. I still wonder, every now and then, if he's doing OK." — Jenn, 36

"My last relationship was three years and ended because of a lack of communication. We lived in different states for a short period of time, both starting our first full-time jobs, and just couldn't seem to communicate well. I realize now it was for the best."— Hayli, 22

"My last boyfriend was controlling and abusive. He wasn't initially so. In fact, he was adoring and sweet at first, pulling overly romantic gestures in order to lock me down quickly — overwhelming me with the idea that someone could love me so much. But as time wore on, he began to isolate me from friends and put me down. Soon, red flags started to emerge — he constantly yelled at his mother and his sister and was beginning to approach me in the same condescending manner. Eventually, he asked me to move in with him, and when I said I needed more time, he cheated on me with his ex-girlfriend out of anger. It took me eight months to finally find out the truth, but when I did, it was finally the end of our relationship." — Kathy, 28

9. Never Really Having A Relationship In The First Place

"I've been with my partner for 11 years now, and he was my first boyfriend. I did have a non-boyfriend when I was 19. We were crazy about each other. We flirted all through high school. We did A LOT of making out. His was the first erection I ever encountered. Things ended with him when he confessed everything to his girlfriend. My bad. He asked if I would date him if he broke up with her. I told him 'no.' When he asked why, I very sanely pointed out that he cheated on his girlfriends. And that was that." — Olive, 30

"I ended it because I felt like I was starting to compromise too much because of him. Which would be one thing if a) I was ready for that level of commitment and b) I felt like he was the 'right' guy for me — but I wasn't ready, and deep down I knew he wasn't the right guy. When I looked down the the line of our relationship, I saw myself bitter and unhappy, even though everything was okay 'in the moment.' So it just became a question of 'when do I pull the plug?' Eventually, I realized that the sooner I ended the relationship, the sooner I could get over him and do my own thing." — Jessie, 25

"My boyfriend at the time was unemployed and sort of drifting in life, so he spontaneously decided to move to New Orleans from New Jersey and told me about a month into the relationship. We claimed that we were going to try to make it work, but apparently said boyfriend's way of trying to make things work was to simply ignore me for the last two weeks of our two-month-long relationship until I was forced to go to his house to break up with him in person (at the request of his friends... plus he had my copy of Neil Gaiman's American Gods). Punchline? He never ended up going to New Orleans... but he never spoke to me again either." — Wren, 28