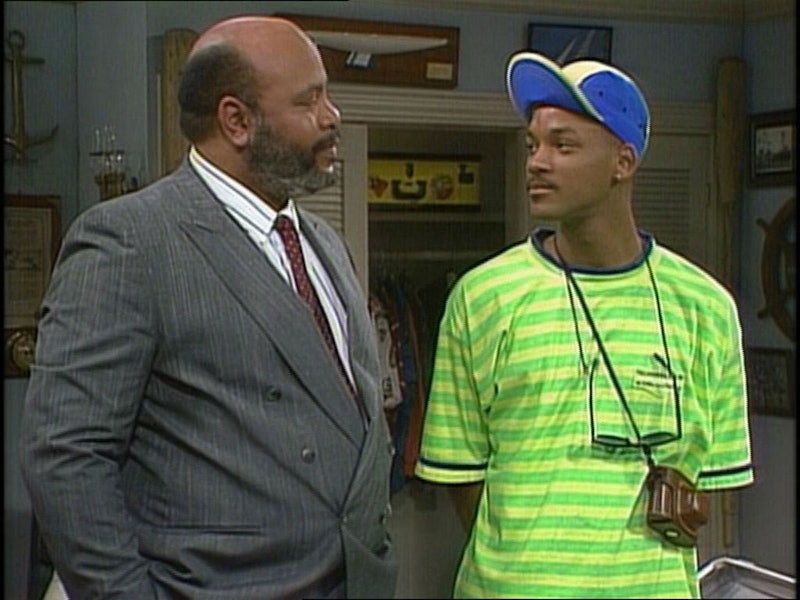 Get ready to feel super old, folks. This year, the one and only TV series The Fresh Prince of Bel-Air celebrates the 25th anniversary of its premiere. That's right, it was 25 years ago that Uncle Phil, Carlton, Aunt Viv, Hilary, and Ashley came into our lives the day that Will was sent to Bel-Air to stay with them indefinitely all the way from West Philadelphia. Feeling old yet? Now as a kid, I loved The Fresh Prince, who didn't? It was funny, it was cheesy, it had great heart, and a great family. The Banks residence was crazy nice and the family was always up on latest fashion (mostly Hilary) and the latest technology. But looking back now, it's safe to say that most of the gadgets of The Fresh Prince of Bel-Air are outdated to say the least.

It's always fun to see old technological inventions as they evolve, but some of the tech from The Fresh Prince is so out of touch with the ridiculously cool things we have now that it's hard to remember just how normal life was without everything we have now. But Will and the Banks family made it work and they looked awesome doing. So these might be just a few of the outdated technology on The Fresh Prince of Bel-Air, but they always looked top of the line and new in the hands of our favorite Bel-Air family and the kind from West Philly.

I know that people still use older-looking cameras even now to get a certain kind of picture, but the one slung around Will's neck in this gif won't get you that beautiful black and white landscape or portrait you want. Everyone uses their phones to take pictures on a regular basis now, and DSLRs are for big boy photographers (or those who were smart enough to invest in getting one).

The late '80s and '90s were the age of the boombox, and it was a glorious time. Now we have iPods/iPhones and tiny little speakers for those tiny little devices.

Remember the radio/walkman? Remember those ill-fitting headphones with the foam earpieces? The '90s really were a simpler time with way more static than I remember.

Raise of hands, does anyone still have a VHS player?

Yes, I know that Intercom systems are a regular thing now. Houses all over the world have intercoms. But the reason this is on the list is because of how excited Carlton was at this new, high-tech invention they were able to get in the Banks house. Plus, intercoms have video capabilities now and beyond.

Is it even normal to have a home phone anymore?

These kinds of television sets with the dials are a thing of the past. The commercial and its mashup editing however, are still alive and well.