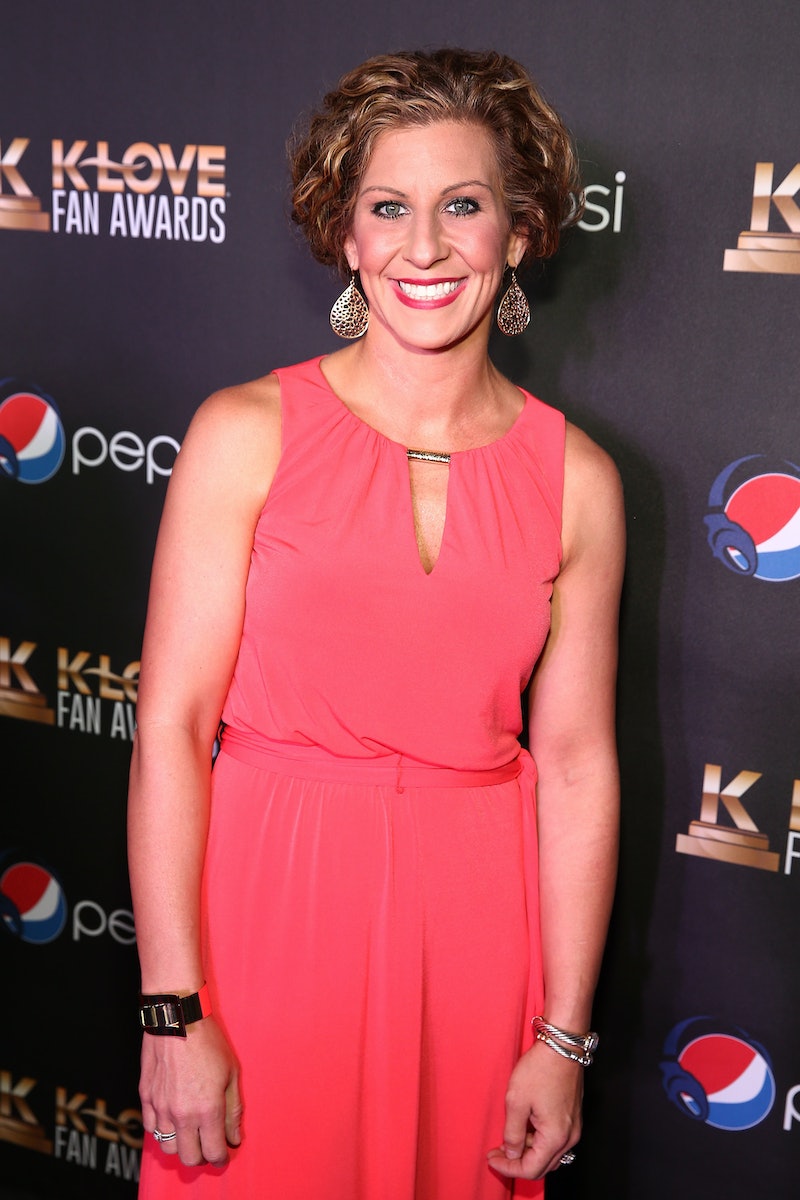 Ashley Smith made headlines in 2005 when she was held hostage for seven hours by alleged rapist, Brian Nichols. Nichols had escaped from the Fulton County Courthouse in Atlanta, killing four people before making his way to Smith's apartment. During the seven hours the two were holed up together, Smith, a single mother struggling with her addiction to meth, began reading Rick Warren's The Purpose Driven Life, a spiritual book about finding one's purpose under God. Finally, Smith was able to talk Nichols down and convince him to surrender to authorities, making national headlines in he process. But where is Ashley Smith now, years after her awful ordeal? Well, for one thing, she let her terrifying story become the inspiration for a movie, Captive, out Sept. 18.

The story of a woman saving herself, and others, peacefully using religion spread like wildfire, and so a film version seemed inevitable. But first, there was a book; less than a year after the events, Smith published a memoir, Unlikely Angel: The Untold Story of the Atlanta Hostage Hero, co-authored by Stacy Mattingly. Unlikely Angel became a best-seller, and iwas the inspiration for the film, Captive, with Kate Mara starring as Smith and David Oyelowo playing the role of Brian Nichols.

But what about the real Smith? Well, for starters, her name is no longer Ashley Smith — she married Daniel Robinson in June of 2007 and now goes by Ashley Smith Robinson. Another obvious change? Her daughter, Paige, who was a young child at the time of Smith's ordeal, is now a teenager. Together, Smith Robinson and her husband have three children: Paige, 15; Riley, 13, Smith Robinson's daughter from a previous relationship; and Cole, 3. Christian Today reports that the family has a small cameo in the film.

After Smith Robinson was held hostage, she turned to God and embraced religion, something that has continued in the 10 years since. In 2005, she told The Atlanta Journal-Consittution (AJC), "The person who runs my life now is not Ashley. It's Jesus. I don't make a movie without saying, 'Guide me, lead me.' I put others before myself now. It was just all about me. Now it's about making a difference."

10 years later, Smith Robinson works as an imaging technician at a South Carolina hospital, near where she now lives, and also offers her services a public speaker. She is most commonly paid to appear in front of religious, Christian crowds. In addition to her two jobs, she also consulted on Captive, and made appearances on set to help Mara and Oyelowo when needed.

"I talked with the producers and the director several times. They were really wanting me to make sure that I was happy and that the story really told my true life story. I don't think they could have done a better job doing that than what they've done already," Smith Robinson told Charisma News.

Recently, looking back at the time she spent with Nichols, Smith Robinson told AJC, "I feel it's possible that God took possession of Brian Nichols' body and said this is your last chance."

To see just what led this inspiring woman to where she is now, check out Captive, and be awed by Kate Mara and David Oyelowo's portrayal of such a harrowing ideal.

More like this
Sandra Bullock, Girlboss Extraordinaire
By Matt Harkins & Viviana Olen
'Selling Sunset’s Amanza Has Been In A Secret Relationship For Two Years
By Rachel Mantock
Laura Dern Said “Cultural Awareness” Made Her Rethink This 'Jurassic Park' Fact
By Grace Wehniainen
Colin Firth Revealed His Favourite Mr. Darcy (& No, It's Not Himself)
By Sophie McEvoy
Get Even More From Bustle — Sign Up For The Newsletter