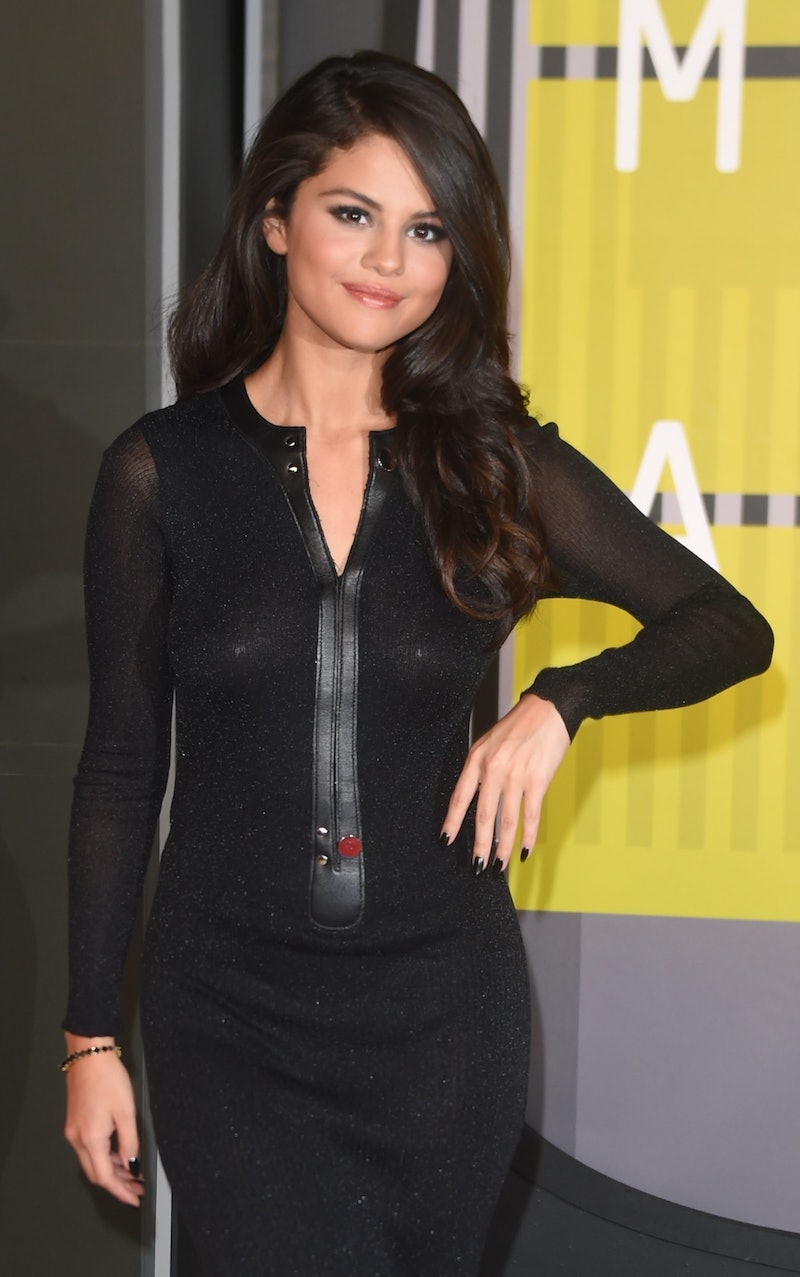 Selena Gomez has some choice words to say about an "old love" in her latest single. Gomez dropped "Same Old Love" on Sept. 9, along with a complete track list from her new upcoming album, Revival, just days after the 23-year-old dropped some seriously revealing cover art for said album. Based on its title alone, some fans might be wondering if "Same Old Love" is about Justin Bieber.

Let's take a look at some of the lyrics. The song opens on this less-than-cheerful note:

Take away all your things and goYou can't take back what you said, I knowI've heard it all before, at least a million times I'm not one to forget, you know

The "million times" line is interesting. As all Jelena fans know, the couple was off and on for a number of years before finally splitting up for good last year.

Other notable lines include:

Well, Gomez did break up and make up with Bieber tons of times, so it would not be entirely unheard of for her to refer to him as a "same old love" or to be "so sick" of the back and forth. So, on the surface, it is easy to see why someone would think this song is about Bieber. But the surface level connection between this song and Bieber might be as far as it goes.

One big sign that this song might not be about the "What Do You Mean" singer is the writing credits for the song. Credits show it was written by Charli XCX, Benny Blanco, and Stargate, according to Billboard. Gomez's name is not among the main writers. So, although it can be certain that she voiced her approval for the lyrics, they do not seem to be her original words. It is even possible that the writers for this song had someone else entirely in mind while putting together this piece.

Something else that might point to it not being about Bieber is that Gomez has been speaking quite frankly about the media's continuing obsession with their past relationship. In an interview with the Sunday Times, she said, "It's difficult for people to separate us. The Internet wants to freeze this moment in time and constantly repeat it." Perhaps this was her way of telling the press that she is officially done talking — and singing — about her ex.

Bieber, for his part, has also been speaking out quite frankly about his past love. But he got a little more sentimental, revealing recently that he is currently single because he got his heart broken.

Of course, only Gomez knows what's on her mind when she sings the song. Maybe it is best to enjoy the song just for what it is — a song.