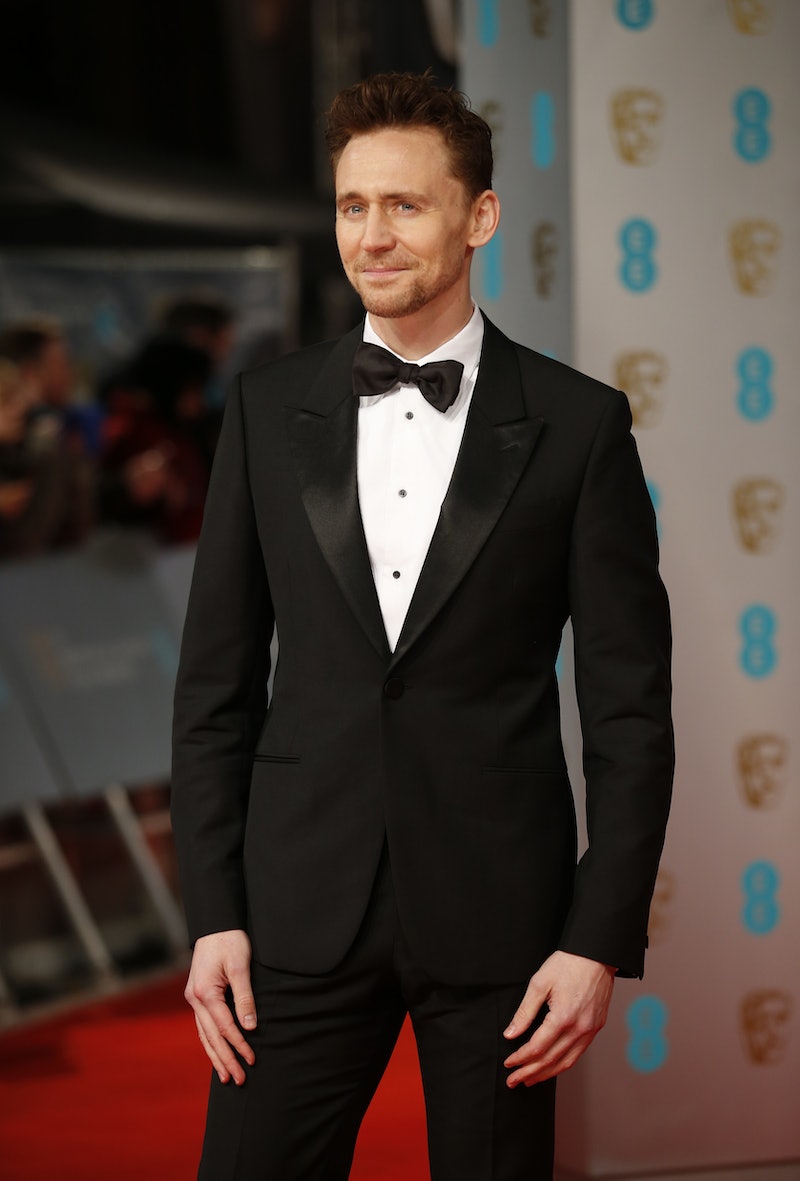 Now that the very first clip from I Saw The Light , the biopic about Hank Williams, is here thanks to Tom Hiddleston tweeting it on Thursday, I'm sure fans are watching it on repeat — and analyzing it. Whenever it comes to the story of a singer being portrayed on the big screen, most people immediately begin wondering if that actor will sound anything like the singer they're portraying. Well, the same can be asked of this particular movie: Does Tom Hiddleston sound like Hank Williams?

After listening to Hiddleston's version of "Move It On Over" and Williams' version of his very first hit, I think it's safe to say T. Hiddles is doing the country singer justice. Granted, Williams has a bit more of twang, but Hiddleston's voice matches up very closely. With that said, Marc Abraham, the director of the film, said it was never their intention to have The Avengers actor sound exactly like Williams. For them, it was about capturing the heart and soul of the singer and his music.

Abraham told Entertainment Weekly, "I knew that Tom Hiddleston or anyone was never going to sound exactly like Hank Williams." That doesn't mean the man responsible for bringing villain Loki to life didn't work on his voice and guitar skills. He worked with Grammy winner Rodney Crowell, and per EW, the actor lived with Crowell for some time to "practice all day, every day." Well, it definitely paid off. As Abraham said, "Every note, every line, everything is Tom. He’s crazy talented. If you didn’t like him, you’d be jealous of him."

If you need further proof about just how talented Hiddleston is, take a listen to both the actor and Williams singing "Move It On Over."

I'm beyond ready for the I Saw the Light soundtrack. As someone who isn't a huge country music fan, especially of classic country music, Hiddleston has me ready to embrace the genre.