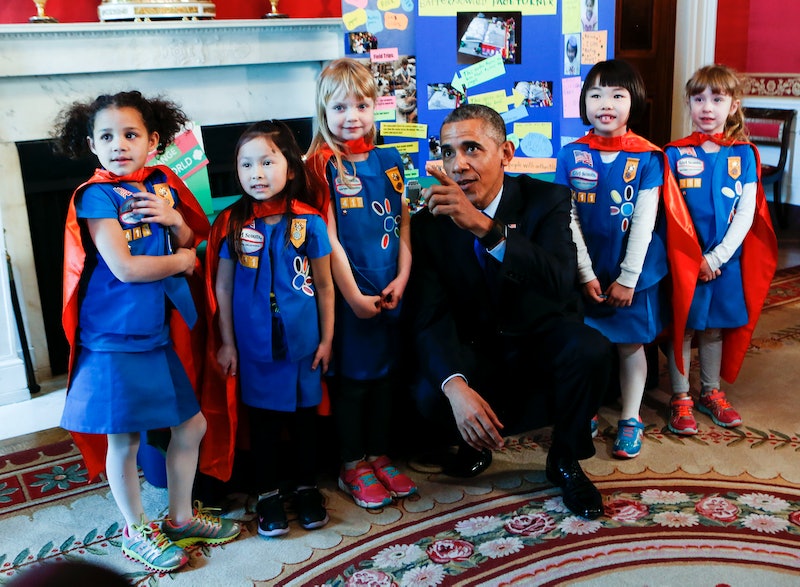 Can you possibly believe that seeing an endless feed of carefully curated moments from your friends' perfect lives might not be be good for your self-image? It's true! According to a new study by the academic journal Sex Roles, Facebook usage may have a negative result on body image. This isn't exactly a new finding — previously conducted studies have found similar results — but Sex Roles is well worth your time. It's dedicated to studying behavior science from a feminist perspective, and, well... let's just say that it's my new favorite academic journal.

The study polled 11,000 people about their Facebook use and how they felt about their appearance and body, with the narrow focus on body image differentiating it from other, similar studies, which have taken broader tactics. The researchers found that the negative effect on body image was particularly strong for women in their mid-30s to mid-40s — a finding which Sam Stronge, the female Ph.D. candidate behind the study, theorizes might be because "the middle-aged women [who use Facebook] are kind of stuck between a rock and a hard place — they are not fitting into the standard, but they are still young enough to be judged."

I wasn't too surprised by this — I mean, godness knows how bad I've felt when unflattering photos of me are posted up right above professionally shot engagement photos, and it's not exactly news that women are subject to ageism — but what really stood out to me was the journal it was published in. Hmmm... Sex Roles. That's an interesting name for a journal! Apparently, Sex Roles is a behavioral science journal written from a feminist perspective. Its focus is broad, including gender role socialization, stereotypes, women in the work place, and even gender-based methodological issues in other people's research.

I had never heard of a scientific journal that examined its studies through the lens of feminism before. There are lots of feminist journals specifically for women's studies, not to mention an amazing one for feminist medieval studies — but this was the first I've seen that actually looked at psychology from a feminist perspective. I took a look through it, and there's a lot of cool research coming out of there! Here are some of the most interesting studies from Sex Roles:

1. The way parents fit into gender roles influences how children will take up those gender roles.

From the same issue as the Facebook study, this study found that gendered behavior by parents was more important than their stated ideology around gender in determining how their kids approached gender roles. This study was longitudinal, meaning it followed the same subjects over six years — and the study filled an important gap in research by exploring how dads influenced their kids' adoption of traditional gender roles.

2. Men may be more likely to pursue STEM careers because they overestimate their past performance in math.

Apparently,men are more likely to overestimate their performances on a math test than women, which might give them more confidence to enter STEM classes and careers.

3. Women who play roller derby are more likely to have a positive view of their body than women who don't.

Roller derby players were more satisfied with their weight and physical condition than women who didn't play the sport.

4. Women approve of male nurses more than men do.

Women in a study from earlier this year rated nursing as a profession more suitable to men than men did. And everyone's ambivalence to male nurses especially increased when they were exposed to an advertisement that tried to use an overly masculine-appealing approach (e.g. "Are you man enough to be a nurse?").