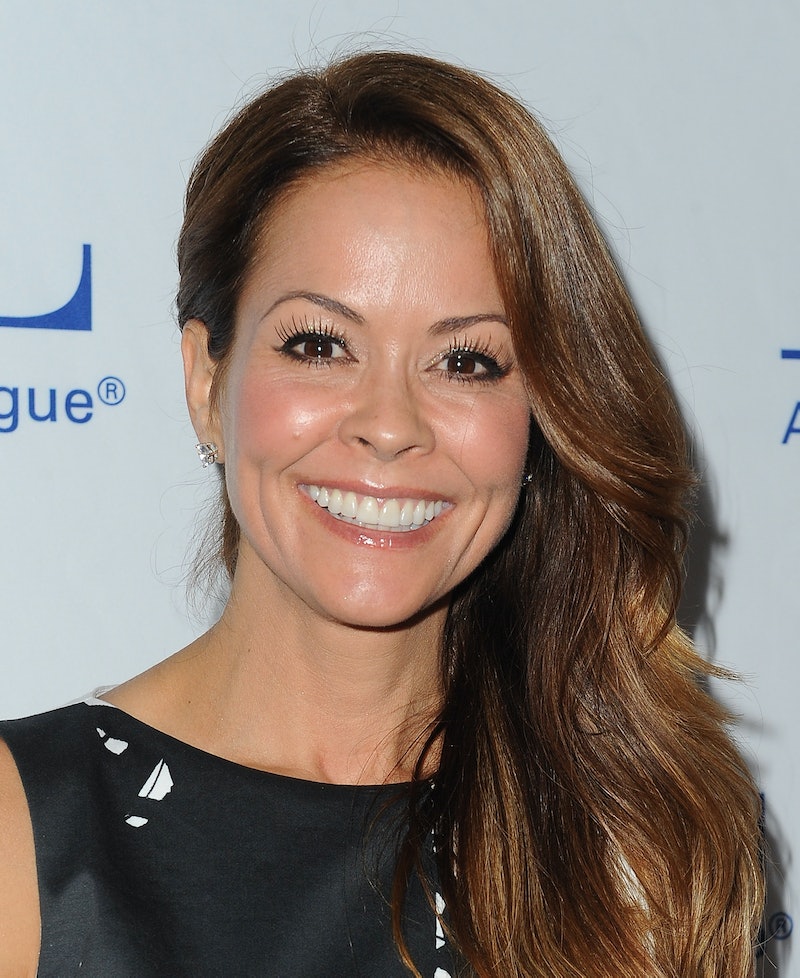 Break out your ball gown and polish up that tiara. The 2016 Miss America competition will air live on ABC Sunday night. If you've watched a Miss America pageant on TV before — or perhaps have even had the good fortune to see one live and in person — you know that this competition is jam-packed with 52 contestants showing off their evening wear, swimsuits, and unique talents in order to become the reigning Miss America for the next year. The dynamic duo that will host the 2016 Miss America competition, Chris Harrison and Brooke Burke-Charvet, will be our guides through the glitz and glamour on Sunday and they're VERY familiar faces. You know Harrison for keeping the men and women of The Bachelor, The Bachelorette, and Bachelor in Paradise in check, but who is Brooke Burke-Charvet?

Well, whether or not you realize it, you probably know who Burke-Charvet is because she has been all over your TV screen for the past decade or so. And you can trust me when I say there are few people as qualified as Burke-Charvet to serve as co-host of the 2016 Miss America pageant. Obviously, Burke-Charvet is as gorgeous as any of the Miss America hopefuls that'll compete on Sunday night, but the TV personality also has an impressive resumé. And, if we're being honest here, Burke-Charvet has so much going on in her life, it's a wonder how she found time in her successful schedule to host this year's Miss America pageant in the first place.

If you've seen the Miss America pageant on TV in the past few years, you've probably see Burke-Charvet emcee the show. She's returning to co-hosting this year's competition with Harrison after Lara Spencer served as co-host for the past two years. Burke-Charvet co-hosted the pageant from 2011 to 2013 and it's nice that Miss America is switching things up this year, but still keeping a familiar face.

She's The Hostess With The Mostest

The reason why Burke-Charvet keeps getting asked back to host the Miss America pageant is probably because she has a ton of experience hosting and for a wide variety of programming, too. Burke-Charvet has emceed everything from the rocking singing competition Rock Star: INXS to the more mature modeling competition She's Got the Look. She's also served as co-host to Tom Bergeron on Dancing with the Stars, before being let go and replaced by Erin Andrews in 2014. That was after Burke-Charvet slayed the competition on Dancing with the Stars to become Season 7's champion. It's only a matter of time before we see Burke-Charvet pop up somewhere else on our TV screens.

She Sometimes Acts, Too

Burke-Charvet doesn't just introduce other people into the spotlight, she sometimes steals it herself. She's had a handful acting roles here and there, appearing as both herself and in character. Most recently, Burke-Charvet had a recurring role on Melissa & Joey . And, per the above photo, she'll appear in the upcoming season of The Mindy Project. Clearly, we know what Burke-Charvet's hidden talent would be if she ever competed for the Miss America crown.

For a long time, we all knew Brooke Burke-Charvet as just Brooke Burke. That was, of course, before she married actor and singer David Charvet in August 2011 after a five-year engagement. The couple is raising four children, two of which are from Burke-Charvet's previous marriage to plastic surgeon Garth Fisher. Whoever said you can't have it all hasn't met Burke-Charvet.

Burke-Charvet was diagnosed with thyroid cancer in 2012, but she says she has been cancer free since having her thyroid removed. I'm glad to see a scary health situation like this hasn't slowed her down one bit.

Burke-Charvet first really made a name for herself as a model for men's magazines such as Maxim , Playboy , and Stuff and she still appears on the covers of various women's health magazines.

You Can Be (A Virtual) Her

If you've ever had the sort of creepy dream of being Burke-Charvet, you can kind of make that a reality. Burke-Charvet served as a model and provided her voice for the character of Rachel in the video game Need For Speed Underground 2 and also read some questions in the game Trivial Pursuit Unhinged . Playing these games is probably the closest you will ever have to having Burke-Charvet in your home, but hey, it's something.

Burke-Charvet is an author, having written The Naked Mom, a memoir/self-help book. She is also the co-CEO of the website ModernMom, on which she has a blog, and launched her activewear line Caelum in 2014. Burke-Charvet is also getting ready to star in her own food-oriented lifestyle show, Breaking Bread with Brooke Burke on the subscription streaming platform Feeln this fall. I have a feeling that's not all she'll be cooking up in the future either.

Really, this hosting gig is just all in a day's work for Burke-Charvet — take notes, Miss America.