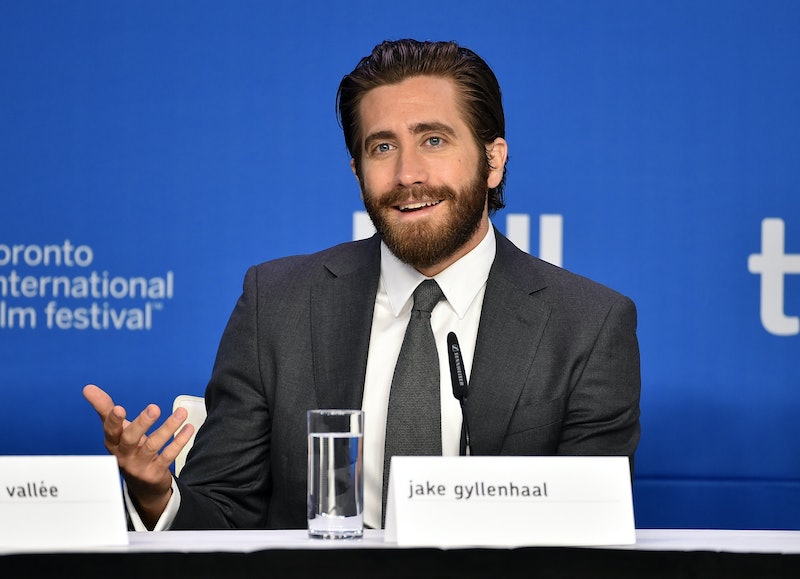 There's no doubt that many celebrities take time out of their busy lives to help others, which makes them influential and inspiring activists. For example, Jake Gyllenhaal became an activist as a child, he reveals during a Toronto International Film Festival panel for his new movie Demolition. It seems when Gyllenhaal was a young boy he knew he could do great things — like fight for fried chicken and those who love it.

Yes, you read that correctly. The 34-year-old says when he was kid he was learning to write letters in school and decided to send a complaint letter to Kentucky Fried Chicken, because they stopped serving one of his favorite items. Per Gyllenhaal,

When I was a little child I was at school and we were supposed to learn to write letters and complaint letters, and so, I decided to write to Kentucky Fried Chicken and tell them I was upset they had discontinued Chicken Littles, which were a particular type of mini hamburger with fried chicken in the middle of it. It was deeply upsetting at the time, and they brought them back, and I think I indirectly had something to do with that. So, you know, it's empowering and I encourage most people to really express themselves and bring back whatever they feel like has been taken away from them in their lives. In my case, really important things, like fried chicken. Seriously.

So, why did the actor decide to share this? If you've watched the trailer for Demolition, then you know that Gyllenhaal's character writes a letter to a vending machine company complaining about not getting Peanut M&M's (I'd complain, too). You can check out the letter writing moment at the beginning of the trailer here:

So, not only do Gyllenhaal's fans have him to thank for making some great films, but also for bringing back Chicken Littles to KFC.