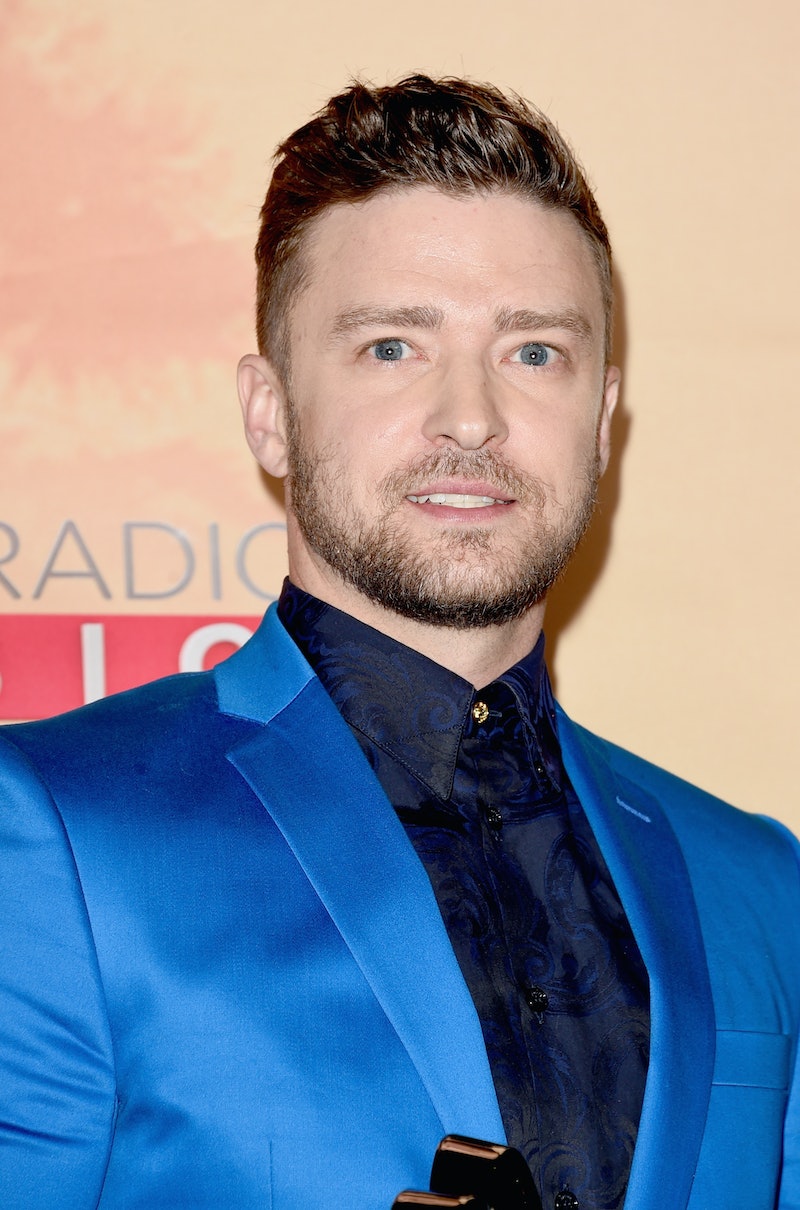 I've never known a person who was given the amazing responsibility of caring for a precious newborn who looks to them to fulfill every one of their needs who has not had that experience change them in some way. Everybody's favorite boy band alum is no exception. Lance Bass claims Justin Timberlake has totally changed since becoming a dad to baby Silas (wife Jessica Biel gave birth to their cutie pie this past April), but anyone following his career or social media sites could have already guessed this was the case. The 34-year-old singer always seemed to have good guy genes, but now that he's a daddy, as Bass can attest, his soft side is so mushy he has transformed into a teddy bear.

After running into his former *NSYNC bandmate at NBC (possibly while Timberlake was filming his hilarious rap segment with Jimmy Fallon), Bass told Meredith Vieira it was the first time he saw his old friend since Silas' birth:

It’s been five months and it’s so amazing to see a friend go through this, because you know, I grew up with him since he was 14 years old. But to see this amazing dad now... all he wants to talk about is the kid. [He's] completely changed and you have to. I mean I can’t wait to be a dad myself just because I would love to know what that selflessness feels like.

In case you're wondering, yes, Bass and husband Michael Turchin are planning on starting a family with the help of a surrogate, according to Bass himself. And, yes, there is a photo to prove Timberlake may be the one to give Bass oodles of good parenting advice when that happy day comes:

As I mentioned, Bass isn't the only one who has noticed a few changes in Timberlake, which I have to attribute to his new role in life and the incredible love he and Biel have for their little boy. Here are a few more things you might have noticed about him:

Many celebs (Ryan Gosling and Eva Mendes, my fingers are pointing in your direction) fail to produce the goods after they have children. By "goods," I mean photos of their kiddies and lots of them. But Timberlake is disregarding this unspoken famous person rule by showing Silas off every chance he gets lately. He was even kind enough to let Jimmy Fallon retweet these:

He's Reminiscing About The Past

Having children gives you a reason to reflect on and reminisce about your own childhood, which seems like something Timberlake is doing at the moment. He is taking a break from making movies, at least for the time being, in order to concentrate on his first love — music — and you really feel his desire to tap into the things with which he first fell in love. The boy from Nashville released The 20/20 Experience in 2013 and has since been wrapped up in all things music — but has decided to focus on his craft close to home — he and Biel plopped down $4 million for a 126.63 acre plot of land in Nashville, according to The Tennessean.

And, Yet, He's Also Embracing The Future

Babies sometimes encourage you to work hard and become a better version of yourself. In Timberlake's case, Silas has apparently inspired him to collaborate with director Jonathan Demme to shoot a "space age music film" using footage from the final date of his 20/20 Tour in Last Vegas, reports Entertainment Weekly. Demme and Timberlake will edit the film this fall, and according to the director, fans can expect something "emotional" and "very exciting." Timberlake's creative juices appear to be flowing freely after becoming a dad and the interesting, cutting edge angle they're taking possibly speaks to his positive emotions about the future.

He And Jessica Are Stronger Than Ever

With so much to do, and many sleepless nights, new parents have to work a little bit harder to maintain their romantic connection. Timberlake has always waxed poetic about Biel, but since having Silas, the two are off the charts adorable. Timberlake and Biel enjoyed a recent date night at Erykah Badu's Hollywood Bowl concert, just days after Biel cheered her husband on as he performed with Taylor Swift, according to Us Weekly. One source told the publication they appeared to be over the moon together: “They looked like they were in love and enjoying a night out, just the two of them. They leaned over and whispered to each other a lot. They had wine and food in their box and were laughing and smiling. They were both singing and dancing along to Erykah Badu. They seemed to be having a good time.”

Thanks to Silas, the world is getting to see a more confident, in love, creative, and adorably sweet Justin Timberlake. Now imagine what two children could do to this man.