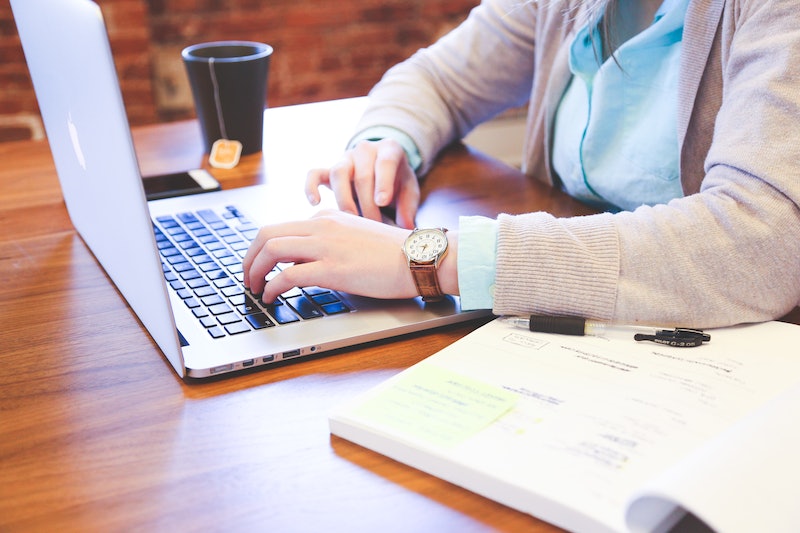 LinkedIn might sometimes be an annoying social media network, what with its habit of emailing people asking them to join; however, users should still be professional when using the networking site, since it's for... well, professionals. When barrister Charlotte Proudman recently received a sexist LinkedIn message that was anything but professional, though, her response was excellent.

Proudman is an attorney in the UK who practices family law. However, she claims that when she was recently contacted by solicitor Alexander Carter-Silk, the message commented not on her work experience or skills, but on her profile picture. "Charlotte, delighted to connect, I appreciate this is probably horrendously politically incorrect but that is a stunning picture !!!" the message reads. "You definitely win the prize for the best Linked in [sic] picture I have ever seen. Always interest [sic] to understant [sic] people's skills and how we might work together. Alex."

Carter-Silk told RollOnFriday in response, "Most people post pretty unprofessional pictures on LinkedIn, my comment was aimed at the professional quality of the presentation on LinkedIn which was unfortunately misinterpreted. Ms. Proudman is clearly highly respected and I was pleased to receive her request to linkup and very happy to instruct her on matters which [are] relevant to her expertise that remains the position [sic]." However, the question of whether or not a message commenting on her profile picture would have landed in Proudman's inbox if she were a man instead of a woman remains — and even if she were a man who received such a message, it would still be inappropriate in a professional setting.

Proudman, who claims she has received other such messages in the past, decided to respond not just by telling Carter-Silk directly that the message was offensive, but also by posting both the message and her response to it to Twitter.

"I find your message offensive," Proudman informed him in no uncertain terms. "I am on LinkedIn for business purposes, not to be approached about my physical appearance or objectified by sexist men." She went on to explain how focusing on women's appearance in a professional setting devalues women's accomplishments and is incredibly disrespectful.

Since posting the photo, though, many have criticized Proudman for making the message public. British tabloid The Daily Mail ran a story about the incident, calling Proudman a "glam lawyer" and criticizing "the feminazis who hate men who criticize their looks."

"I signed up to LinkedIn to connect with professionals in order to enhance my career prospects," Proudman wrote in an essay for The Independent. "Instead, I have received several messages commenting on my appearance and asking me to go on a date. After a catalogue of these similar incidents, I decided to call out sexist behaviour by a fellow lawyer by publishing his message and my response on Twitter."

She added, "While I am very much aware of the importance of privacy, I named the solicitor who sent the message, because, in my view, the public interest of exposing sexism,outweighed any right to privacy here. If people don’t experience the repercussions for their actions, which are plainly wrong, then their behaviour will not change, and neither will sexist culture."

And sadly, Proudman is not the only woman to have received these types of comments from men on the site. After she shared her story, many other women chimed in to share their own experiences.

Nor is this a recent development. Women have been complaining about this problem for years.

For anyone who might be confused, here's the thing: Women in a professional setting — and LinkedIn, which bears the tagline of "The World's Largest Professional Network," easily qualifies — are there in a professional capacity, which means the focus should not be on how they look. If a context is professional, it is by definition not romantic or sexual, so comments about a woman's appearance only serve to pull attention away from her accomplishments. It is also belittling and objectifying.

Now, everyone, let's do better.

More like this
Why You're Seeing Green Bandanas At Abortion Rights Protests
By Lexi Inks
How To Come Out Online, According To Trevi Moran
By Melanie Mignucci
This Viral TikTok Trend is Exposing Everyday Scams
By Sophia Moore
American Girl Doll Memes Are Going Viral On Instagram & Tiktok
By Emma Carey
Get Even More From Bustle — Sign Up For The Newsletter