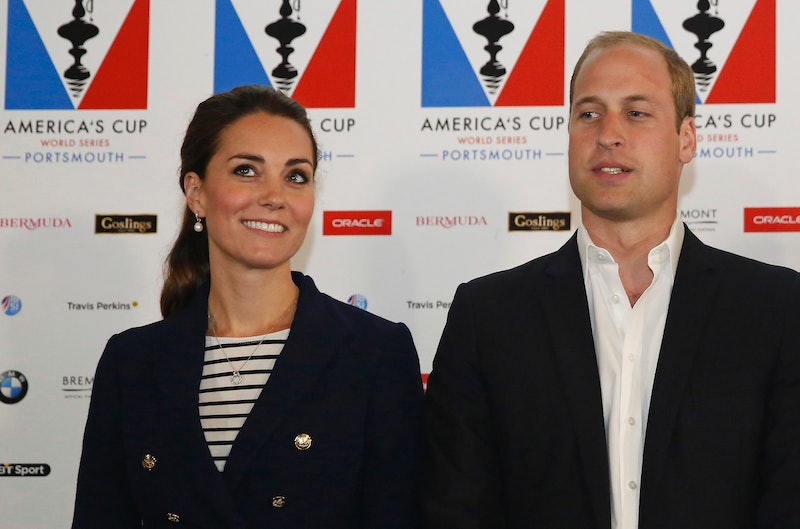 The royal couple is being bombarded by rumors that their marriage is in trouble these days, most of which revolve around the fact that Kate Middleton may or may not be pregnant with baby number three — just four months after giving birth to Princess Charlotte, mind you. It's time to throw out another theory about why Kate and Will are allegedly experiencing issues — it has to do with babies and children, but maybe not the way you think. The real problem may just be this: their are claims that Middleton and Prince William aren't on the same page when it comes to how many children they want — and the Duchess of Cambridge is reportedly putting far too much pressure on herself to raise the perfect family, on her own strict timeline.

Middleton, 33, is just starting to make appearances after reportedly shunning several friends' weddings and events — she most noticeably was a late no-show at Bear Maclean and Daisy Dickson's wedding, forcing her sister Pippa Middleton to attend the event with Will, according to a report from Hello magazine. Star magazine then speculated that Kate's retreat from the public eye is because she's already pregnant with baby number three — but if you consider what both royal parents have said in the past about children, you may find that something doesn't add up here.

In July, The Telegraph reported that Middleton's friends claim that Kate, who has two siblings, wants to have at least three children and give George and Charlotte the kind of upbringing that she enjoyed. That's all well and good — but she reportedly also insists on giving birth to baby number three before age 35. When you consider how a woman is pregnant for nearly 10 months, how she turns 34 in January, and how she and Will are probably exhausted running after a toddler and infant, that doesn't leave a lot of time for conceiving a child, does it?

And then there's this: Will may not be on board with the idea of having a large family, according to People. A 17-year-old named Corine Ackerman, who was touring Singapore's Garden in the Bay while Kate and Will were there answering questions, claims she overheard Will say he only wants two children. In an interview with Sky News, as reported by The Telegraph, Will was asked his thoughts on having a third child, and his reply was a very royal answer, but not really telling: “We’ve only just had the second one. You never know what is going to happen in the future."

I mean, what else is he supposed to say?

Of course, there are only two people who actually know what's going on in Will and Kate's marriage, but I truly hope the two aren't putting more stress on themselves than necessary.

As it now stands, everywhere you turn, the two have been plagued by vicious rumors. You may have heard the one about claims that Prince Will is fed up with Kate, because mom Carole Middleton is reportedly running the show, according to Celebrity Dirty Laundry. Perhaps you've come across "news" that Queen Elizabeth allegedly had to step in and and summon Kate and Will to her Scotland home in order to intervene because, while she has managed to make it as the longest-reigning U.K. monarch, her grandson and his wife allegedly can't get it together for a few years. And then there's the latest rumor: Middleton is allegedly so jealous about Will's ex-girlfriend Isabella Calthorpe that insiders claim she is invested in getting Prince Harry back together with Chelsy Davy and away from ex Cressida Bonas (who just so happens to be Calthorpe's half sister). Yikes.

Few marriages could withstand the constant scrutiny Kate and Will face — add in pressure to get pregnant quickly and you've got a recipe for something no couple deserves.