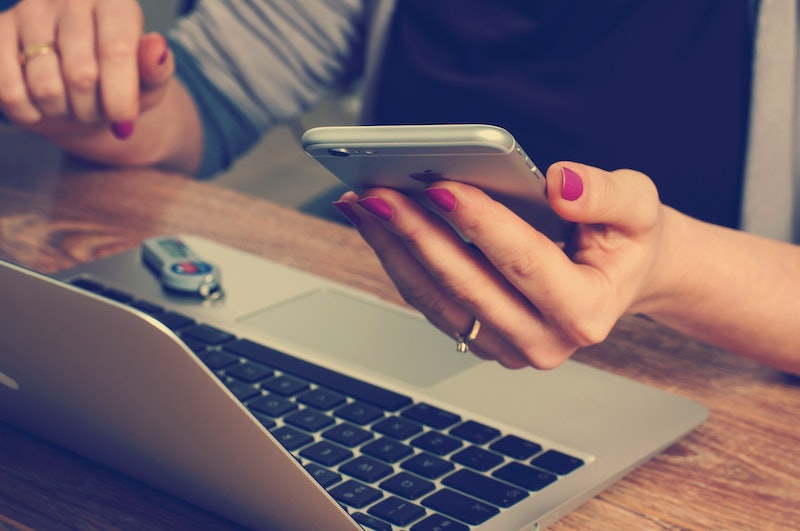 It’s a well-known fact that moms are pure magic. They devote, oh, I don’t know, their entire lives to taking care of their children, so it’s no surprise that there’s an unparalleled bond between us and our moms that lasts forever. From infanthood to moody teenage years to adulthood, our moms have been there for it all. And moms can do literally everything. I know I’m not the only one who has searched everywhere for an item of clothing that’s nowhere to be found, only to ask mom for help and have her locate it in 30 seconds.

But despite the fact that they continually prove themselves to be capable of the impossible, there is still a stigma that surrounds moms who are working a job other than being a mom. There is a concept called the motherhood penalty/fatherhood bonus that basically says that mothers who enter the workforce are less likely to be hired, are paid less, and are considered less competent, whereas the complete opposites are true for men who become fathers. As a daughter of a working mother, these statistics are infuriating. What’s more, people seem to forget that sometimes mothers need to work because they have to financially provide for their families. Society depicts working moms as, say, Meryl Streep’s character in The Devil Wears Prada, implying that working moms are good at their jobs, or at raising their kids, but very rarely are they depicted as both.

My mom worked before my three siblings and I were born, and she continued working after each of our births. While I can’t personally speak to her work ethic before she had a family, I imagine it was the same as it is now, which is amazing. She is also an amazing mom. Because the truth is, watching a strong and successful woman expertly multitask different aspects of life motivates children to follow suit. Moreover, studies have shown that working mothers actually outperform their colleagues in the workforce, because let’s face it, there is no harder job than motherhood. So let’s stop making life even harder than it already is for working mothers by dispelling these eight harmful and completely false stereotypes:

They Don’t/Can’t Pay Enough Attention To Their Families

This is the most prevalent and tired criticism that all working mothers face, despite it being so false. If men who work can still be great dads, then obviously same can be said for working mothers. Sure, working moms have to focus on their jobs during the day, but that’s only from 9 A.M. to 5 P.M., and you can be damn sure that the rest of their time is 150 percent devoted to their families.

Working moms are unfairly portrayed as flakes for the rare circumstances they have actual family emergencies to respond to — which usually do fall on them first because, more often that not, mothers are the ones left to deal with whatever family crises happen over a working father. But recent studies have shown that companies supporting working mothers with paid family leave, flexibility, and policies that safeguard their rights are overall more prosperous than companies that don't; it doesn't pay for companies to ignore the very real demands that come with working parenthood, mother or father. That aside, working mothers know how to keep their professional and private lives separate, and there is zero correlation between working mothers and a propensity to be unreliable.

Yeah, because all the paperwork and stress that come with having a job is so much easier. No one likes chores, including working moms, but that doesn’t mean they’re only working to avoid doing the laundry or cooking dinner or other traditionally "female" duties. It’s not exactly like working moms are taking a spa day by going to their jobs. In fact, it’s definitely not like that.

Or Because They Want To Avoid Taking Care Of Their Children

The worst kept mom secret in the world is that despite how tired they might get of having their children turn to them for everything, they wouldn’t trade it for the world. While it might be sometimes relieving to not be home for all the temper tantrums during the day, working mothers are always happy and excited to come home to their families, at which point they do take care of any homework queries or whatever else children need. And again, it’s not exactly like they’re hiding out on the beach; working moms are still working, even while they’re missing their babies.

Or Because They Want To “Make A Point”

I’m sure working moms take a lot of pride in the fact that they’ve got motherhood and a career going on, but they’re not only working to show that they can work. Very few people work just to show that they can do it, and a woman who has a child or several children back home isn’t going to be pursuing their career just because. They’re doing it for several reasons, such as wanting — or needing — to financially provide for their families, or pursuing their passion, or a number of other personal reasons that don't need justification.

Their Children Resent Them For Working

No. Just, no. Studies actually show that children with working mothers are better off, so shut it down.

They Look Down On Stay-At-Home Moms

Being a mom is difficult, and no one knows that better than, well, a mom. Which is why I’m positive that the stay-at-home mom vs. working mom feud was fabricated and is promulgated by people who aren’t moms. Some moms feel it’s best for their families if they stay at home, and others think the best option would be to have a job; either way, both options have their pros and cons. Let’s just establish that all moms support one another, and let’s stop pitting women against each other.

My mom is one of my closest friends, and (*brag alert*) kicks ass at her job. Just like with everything else in life, balance is key, and working moms are capable of balancing their careers and their families. While it’s true that working moms are still on mom duty 24/7 (including while they’re at work), that doesn’t meant they’re not also focused on their careers. I know, it’s crazy that one person can do so much. But that’s why moms are superwomen who can, and do, do everything.

And here's Ben Wyatt with one very important last point: