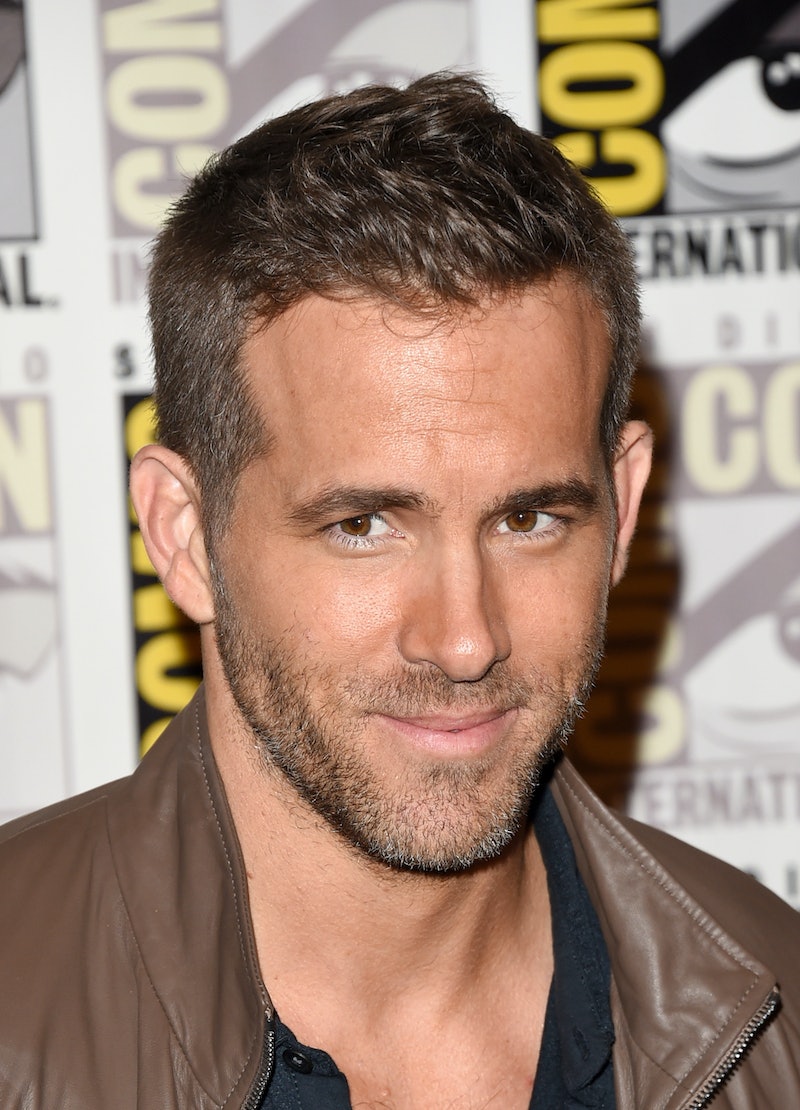 Are you there God? It's me, Deadpool. Even though the Marvel superhero, played by Ryan Reynolds, isn't the warm and fuzzy type, he's apparently a fan of Judy Blume. Reynolds recently tweeted a photo showing his character — clad in his official stretchy red suit, mind you — reading the classic YA book Are You There God? It's Me, Margaret. Prepubescent girls may be the novel's primary demographic, but why not sarcastic superheroes, too?

According to Reynolds' caption, Deadpool is "trying to connect." In that case, he was smart to turn to Judy Blume; the author's books are full of life lessons that even a deadly anti-hero could benefit from. Based on the photo, he looks pretty engrossed in the story, even if Negasonic Teenage Warhead (played by Brianna Hildebrand) seems completely disinterested. Maybe she's already read it.

It's not every day that you see a superhero reading a childhood classic. For many of us, Are You There God? It’s Me, Margaret was a crucial part of our development. We followed Margaret through the relatable challenges of sixth grade, understanding her questions about religion, being different, and why some girls get boobs or their period before others do. It's fun to imagine Deadpool taking that same journey.

Just why Deadpool needs help connecting comes down to the experiment that gave him his superpowers. Back when he was still just your average former special forces operative, Wade Wilson, he discovered that he had cancer in several crucial organ systems and made a decision out of desperation. Now that he's realized the not-so desirable impact of the procedure, he's out to hunt down the man who nearly destroyed his life. The film, which is part of the X-Men franchise, is set to hit theaters on Feb. 12.

Along with the latest photo, Reynolds has shared some other gems of Deadpool in unlikely situations, from the hero reclining by a fire on a bearskin rug to holding a newborn in a delivery room. Let's hope he keeps them coming! In the meantime, watch the trailer below and marvel at a guy like that reading Judy Blume.

More like this
'Bridgerton' Star Nicola Coughlan Confirms Season 3 Will Focus On Colin & Penelope
By Grace Wehniainen and Alyssa Lapid
Candice Carty-Williams’ 'People Person' Tackles Daddy Issues With Warmth
By Sam Rogers
Akwaeke Emezi’s Romance Is *The* Book Of Hot Girl Summer
By Shahed Ezaydi
10 Must-Read New Books Out This Week
By K.W. Colyard
Get Even More From Bustle — Sign Up For The Newsletter