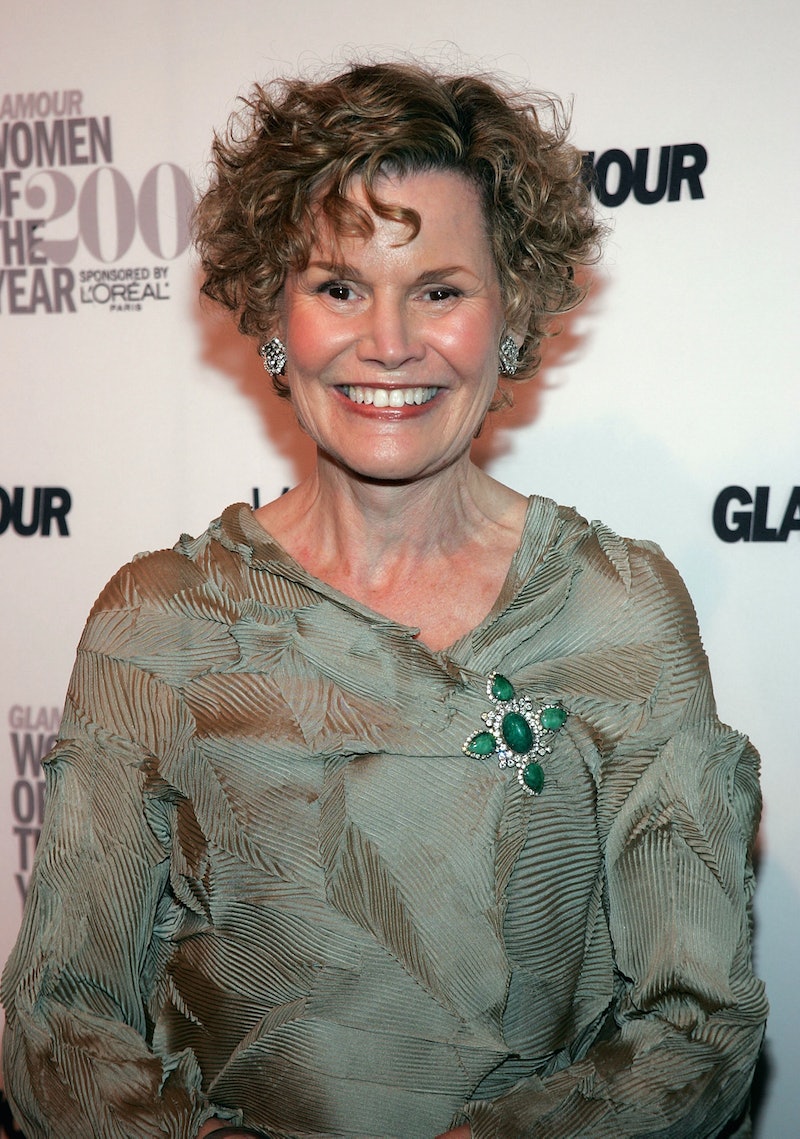 For most book-lovers, there's no better time to be reading than the summer. So many of the year's best books come out during these couple of months, and they're practically begging to be consumed on a beach, perched next to a piña colada and a tube of sunscreen. This season, readers have much to be excited about, as the coming months promise Harper Lee's Go Set a Watchmen, Aziz Ansari's guidebook on love, James Patterson's latest thriller — not to mention perhaps the most highly-anticipated work of them all, Judy Blume's In the Unlikely Event , out June 2.

Blume's new novel, her first for adults since 1998's Summer Sisters, lives up to its sky-high expectations. It's classic Blume, smart and funny and incredibly relatable, even with its '50s-set plot and references to Nat King Cole. And, like all the beloved author's books, it's filled with plenty of thought-provoking statements and smart pieces of advice, bound to last in readers' memories long after they turn the last page. With her latest novel, Blume proves, once again, that she's one of the wisest and impactful authors out there.

Here are 11 ways reading her books changes your life:

Perhaps the most important lesson one can gain from Blume's books is that no one should feel shame for what's natural — namely, exploring your sexuality and advocating for your desires. It's hard to understate how important books like Deenie and Forever were for women growing up in the '70s, when many girls were told that things like masturbation and wanting sex were abnormal and wrong. And even today, Blume's novels are still incredibly important, as society's acceptance of female sexuality is still far from complete. Her books remind readers that there's nothing wrong with them, no matter what our culture says.

You Realize Everyone Has Problems

As a middle schooler, or even an adult, it's easy to think that people who have seemingly everything going for them — looks, personality, money — have no problems. Blume's books quickly tear that assumption apart, and make you stop judging the Deenies of the world so fast — you never know what's really going on.

You Realize the Importance of Female Friendships

Right now, we're in a golden age of female friendships in pop culture, thanks to the lady bonds portrayed on-screen in Broad City, Bridesmaids and more. This wasn't always the case, though, and finding entertainment featuring strong, complicated friendships between women used to be a lot harder. Whether you grew up in the '70s or the '90s, though, you'll appreciate the bonds between women that are central in many of Blume's books, from Summer Sisters to Just As Long As We're Together. Read her novels, then hug your best friend.

And You Appreciate Your Mom Way More, Too

Blume's feminism isn't limited to her friendships; she also shows important relationships between girls and their mothers in many of her novels. Look to Are You There God? It's Me, Margaret and this month's In the Unlikely Event for great examples of mother-daughter bonds that are healthy, important, and strong.

Periods! Hormones! Backstabbing "friends" and oblivious crushes! Being a girl is hard, and whether you're in the midst of adolescence or decades past it, Blume's books are bound to remind you of that very fact — and have way more respect for your fellow females.

And You Learn That Being a Woman Is Never Not Complicated

The hardships of womanhood aren't limited to 13-year-olds, as Blume's novels make very clear. From Wifey to In the Unlikely Event, the author ensures that the complicated emotions and decisions that come with being female are just as evident in her adult characters as their teenage children.

If you have siblings, books like the Fudge series undoubtedly remind you of why you love them, even when they get on your nerves. And if you're an only child, the chaos of the Hatcher family will just make you thankful that your parents stopped at one.

Be grateful you live in a world where sanitary belts are (mostly) no longer a thing.

You Gain a Little More Sympathy for Boys

Being a teenage girl is hard (see: No. 5), but boys have it rough, too. It's easy to ignore the other sex's problems when focusing on your own puberty-caused mishaps, but books like Then Again, Maybe I Won't remind you that growing up is hard for everyone.

You Learn That Whatever It Is, It's Not The End of the World

It's the title of Blume's 1972 novel, but it's also one of the biggest lessons all the author's books impart: many problems aren't as bad as they seem, and even the worst dilemmas usually come with a silver lining. Whether it's Deenie's scoliosis, Margaret's puberty troubles, or even Davey's family grief, Blume never acts like her characters' problems are unimportant, but makes clear that they aren't cause for her heroines to stop living their lives or experiencing new situations.

You See Every Perspective of a Story

No matter how old you are, everyone's made the mistake of thinking there's only one side to a story, or not treating people like they're three-dimensional characters. In Blume books like Here's To You, Rachel Robinson and Summer Sisters, though, everyone gets the chance to share their perspectives, and they act as important reminders that all opinions are worthwhile, even — especially — if they differ from your own. Thanks, Judy.

More like this
16 Novels That Paint A Realistic Portrait Of Abortion
By K.W. Colyard
Sparks Fly Fast & Furious In 'Honey & Spice'
By Bolu Babalola
At 14, Jenny Han Wrote Rom-Coms About Her Friends & Fan Mail To Leo DiCaprio
By Alyssa Lapid
Aesop's Queer Library Is Open
By Tomi Otekunrin
Get Even More From Bustle — Sign Up For The Newsletter