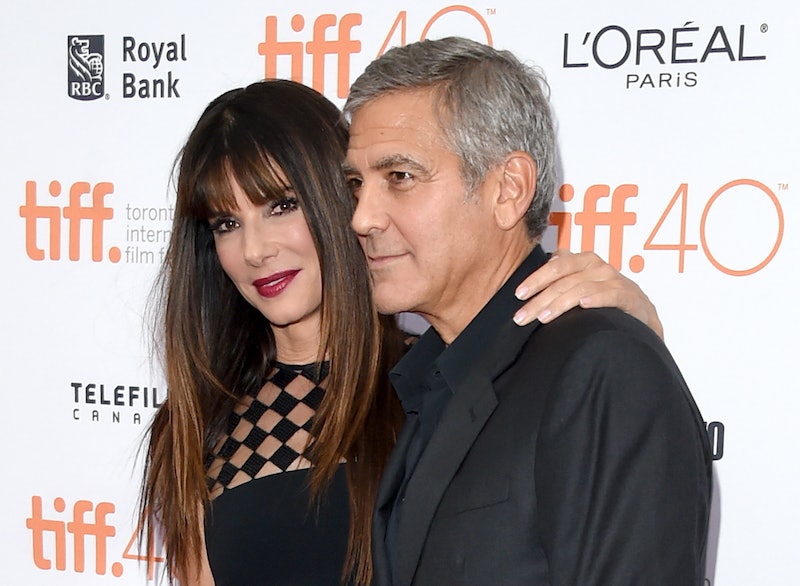 It's that time of year again: Awards season is right around the corner. It's the time when the most-anticipated and critically acclaimed films of the year are released in spades, and A-listers put on their campaigning hats. Ironically, Hollywood staples George Clooney and Sandra Bullock are both involved in Our Brand is Crisis , a film about the inside world of political campaigning. With its meaty subject matter, Bullock starring and Clooney producing (along with the film's October release), it's sure to be the perfect Oscar bait. "I would definitely vote for myself even if not nominated," Bullock jokes of Oscar season. "Every Oscars, you get the ballot, whether you're in a film or not, and I just write myself in just to let them know I'm here. It keeps the hope alive. I'm all for supporting oneself and ones own endeavors."

Self-acceptance aside, Bullock and Clooney both agree that award season campaigning is simply a part of the job. "I've not been in this world very long... where there is something called campaigning," the 51-year-old actress says. "Across the board, when you talk to all the artists lucky enough to get to that round of campaigning, everyone's just happy to be there. We all know we're in the same boat. There might be one or two that really have that fire and get competitive. There's not that competitiveness that everyone wishes there was," she admits, adding: "There's a lot of free food and drinks and I appreciate that."

Clooney, who takes the word "drinks" as a cue from Bullock to start talking, says of the process: "Well look, you'll usually try to find a way to justify [campaigning] when you still have a movie out, because you're out promoting the movie and trying to help it. It gets harder once the movie is long gone and you're out there kissing babies and stuff like that," he says. "It's really silly to think people aren't flattered when people are saying nice things about their movies or projects that they're in. It's always fun, it's never bad. So you'll show up and do the things you have to do. If we have to break a couple of kneecaps along the way, we'll do it."