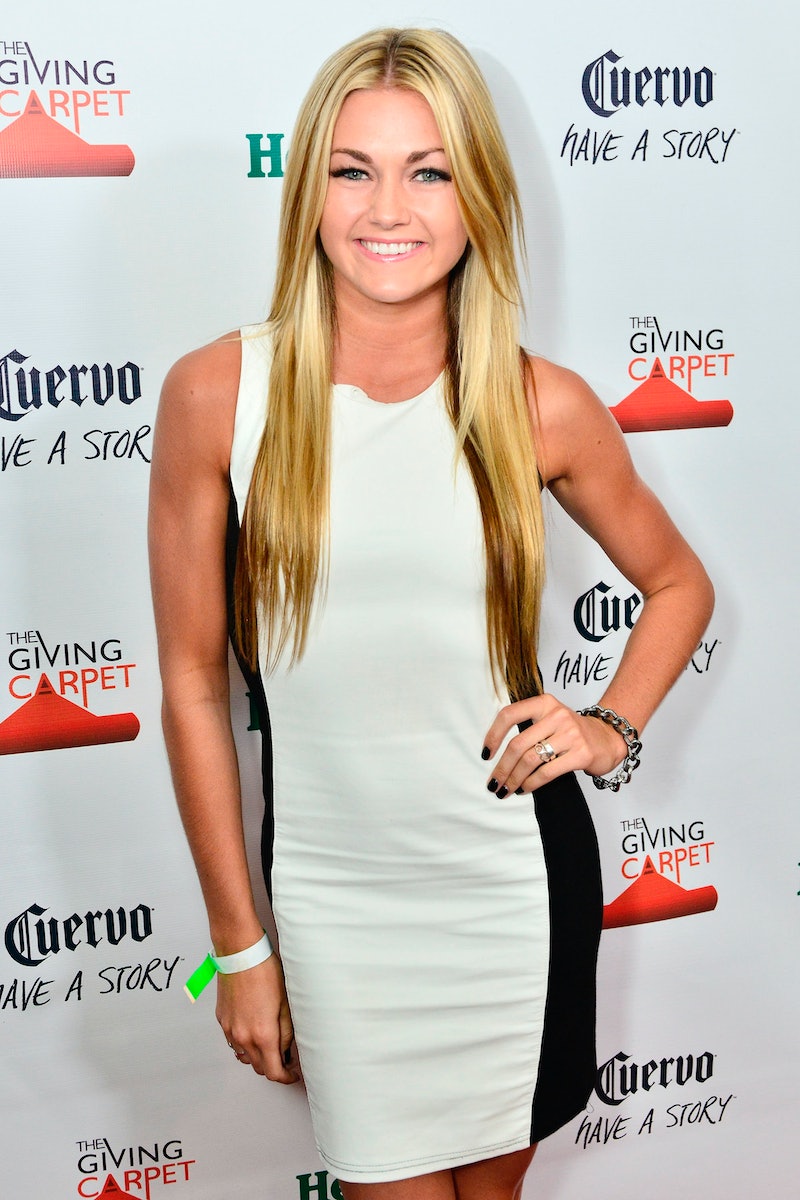 There are lots of reasons to get excited for Season 21 of Dancing with the Stars . The diverse roster of celebs competing for the Mirror Ball trophy includes Bindi Irwin, Nick Carter, Kim Zolciak, Hayes Grier, and, in a fun twist, Hollywood couple Alexa and Carlos PenaVega will both appear as competitors. Another reason to get excited? Lindsay Arnold is back as a pro on Dancing with the Stars this season, partnered with National Guard hero Alek Skarlatos — who is best known for stopping an armed attacker who opened fire on a train in Belgium.

Lindsay Arnold's name probably sounds familiar to Dancing with the Stars fans. She was a pro on Season 16, partnered with boxer Victor Ortiz. They were eliminated in week six and Lindsay has performed in the show's dance troupe for the past four seasons. Now, the 21-year-old Utah native is back on the roster as a pro and she and Skarlatos will be known as #TeamTakeDown. Lindsay's specialties are Latin dance and ballroom, so we can look forward to some exciting routines in those styles.

Before you tune in to watch Season 21, here are 8 things to know about Lindsay Arnold — both on and off the dance floor:

1. She Was A Contestant On So You Think You Can Dance

Before joining Dancing With the Stars, she appeared on Season 9 of So You Think You Can Dance. She finished in the Top 8.

The star travels all over the country to teach, and she's also an instructor at her own studio in Utah.

3. She Has Been Dancing Since She Was Four

Arnold began dancing when she was four years old and, although her specialties are Latin and ballroom, she's also trained in contemporary, ballet, jazz, and hip hop.

The 21-year-old trained with Shirley and Mark Ballas in Utah. She has remained close with both of them — she appears alongside Mark on Dancing With the Stars and both mother and son attended Arnold's wedding this summer.

5. She Has Three Sisters

And they love hanging out together.

6. She Recently Got Married

Over the summer, the DWTS pro tied the knot with her high school sweetheart Sam Cusick. He popped the question while they were in Africa last year and the ceremony was held in their home state of Utah in June.

7. Her Best Friend Is Witney Carson

Carson was also a contestant on Season 9 on So You Think You Can Dance, and they both joined Dancing with the Stars for Season 16. Carson was even a bridesmaid in Arnold's recent wedding.

It's great to see that she has the opportunity to compete as a pro again, and I'm sure #TeamTakeDown will get many well-deserved votes!