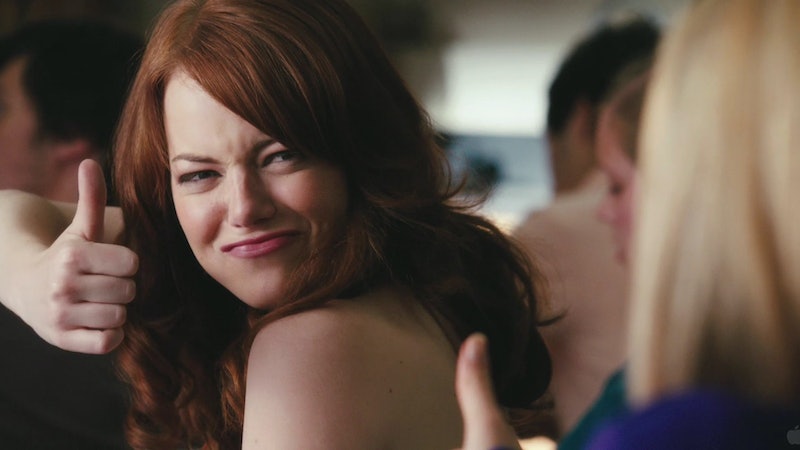 We all know the classic teen movies — She’s All That, The Breakfast Club, Mean Girls, Sixteen Candles, Clueless — but there are plenty of movies that don’t get the due they deserve. One of these teen classics is Easy A. Starring actors like Emma Stone, Patricia Clarkson, Stanley Tucci, Penn Badgley, Amanda Bynes, Cam Gigandet, Dan Byrd, and Lisa Kudrow, Easy A is the story of Olive Penderghast, a high school student who finds herself the subject of plenty of brutal gossip in the town’s grapevine, all due to a little white lie she told to help her friend. Well-written and acted, if Easy A is on, goodbye afternoon. I always sit down and watch this seriously smart, seriously quotable film if it is on television.

This movie also launched Emma Stone’s stardom. Sure, she was in movies like Zombieland and Superbad, but Easy A was really Stone’s first starring role. Rightfully so ­— she’s perfect in this movie. We all know the story of Easy A (since it’s sort of kind of based on The Scarlet Letter), but boy, are there things that most people don’t know about the movie. I did some digging and pulled out some fun facts about Easy A .

All of the people in Olive’s family are named after edible things. Her mom is Rosemary, her dad is Dill, her brother is Chip, and her other brother, who is away at school, is named Kale. There’s also a gag about there being a “whole jar of olives” in the fridge as a joke in the movie.

Emma Stone’s foot into the film is perhaps the most important scene in the movie — the first one, which sets the whole tone and purpose of the movie. Needless to say, she crushed it, since she was the movie’s very funny star.

3. The Movie Earned Stone Many A Nod

Even though she played a teenager embroiled in a comical sex scandal, Emma Stone was nominated for a Golden Globe in 2010 for her performance in the movie. Those kinds of movies usually get ignored by big award shows like that, so it’s nice that Stone was recognized for her efforts.

4. One Of The Stars Of The Film Never Went To High School

Emma Stone may have played a high school student in Easy A, but she must be a really good actress. Why? Because Stone never went to high school — she was homeschooled from age 12 until she graduated. She moved to Los Angeles with her mom when she was 15 and never looked back for a normal high school experience.

Easy A takes place in Ojai, California, an idyllic town known for its orange groves. Director Will Gluck snuck in orange (the fruit) or orange (the color) into every scene of the movie as a nod to the film’s setting.

Stone was originally supposed to star in the 2011 film Sucker Punch , which features a gaggle of ass-kicking young women, but she dropped that movie in order to star in this one. Since Easy A was a major success, I’d say she made the right call.

7. There Are A Ton Of Inside Jokes

When Olive gets tickets to the foreign movie theater in town, she goes to see Der Scharlachrote Buchstabe, which is the German version of The Scarlet Letter , the book the movie focuses highly on.

8. A Marathon Day Of Shooting Set The Tone

Olive’s narration and webcam scenes are a major plot point of the movie. Stone had to shoot all of these scenes in one day over a 14-hour time span. Sitting in a chair all day took its toll — Stone had to frequently jump around to stretch out her muscles.

Now that you know even more about Easy A, it’s time to add it to your list of favorite teen movies.