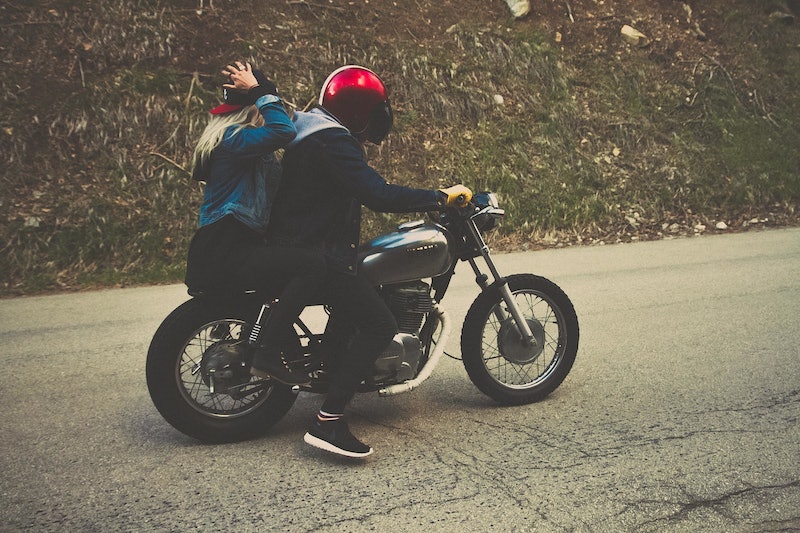 The funny thing about labels is, when you need them the most is when you probably aren't in the right relationship (or, er, relationship-like thing). I say this with confidence, because in my worst, must unstable, unhappy disappointing entanglements, I was DYING to label the relationship and lock things down. That's in stark contrast to the situation I'm in with the dude I've been seeing lately, who is a nice guy, and who I was totally who I was writing about here (hey, boo!). We kind of progressed from acquaintances, to friends, to dating, but without really talking about what was going on with us. Things have just been... good. When you're not worried somebody's interested in other people or going to disappear on you, labeling what you're doing doesn't feel super-urgent. I'm not worried he's going anywhere, I don't care if he sees other people (because I know he's not, and probably won't), and we sort of have an unspoken agreement to hang out a lot anyway.

But then my birthday came around, and he got me a big(-ish) present, and the question presented itself: are we, like together?

It's not the cool girl thing to do to push a discussion, but, I feel pretty safe in this thing, so, I nudged. He gave a fantastic and chill answer.

And that was that.

But then once we were "DATING" (eeek), the unspoken expectations kicked in, and things got weird. Announcing to the world that you're A Thing (actually, just announcing this to yourself is enough) can put a lot of pressure on the two of you.

I consulted a few friends, and, while my commitment-phobia seems to be par for the course, ring on it too soon seems to be problematic for most people.

1. Whereas Pre-Label You Hung Out Because You Enjoyed Their Company, Now It's All A Test

When you're "dating" officially, the bar goes up a few notches. Whereas before their clothing choices didn't really have anything to do with you, now you're eying their ripped jeans like, "Am I the type of person who dates people who wear ripped jeans?" If they tell a joke and you don't laugh, you'll question everything.

2. You'll Feel Pressure To Be Physical (Even If They're Not Putting Any On You)

Before, it was purely on a "what we feel like doing" basis. Now you're wondering if not holding their hand is a bad sign, or whether wanting to go home by yourself is hurtful.

You know how when something falls in your lap, like free tickets to a baseball game, you're like, oh shit! Free tickets, cool! But when you pay for tickets, you're like, "Nosebleed section? Ew, what is this. Also I wanted Yankees not Mets." Labeling kind of works like that; it bumps you to the next expectation level, and with expectations come disappointments.

4. Your Feelings Need Room To Change And Evolve

My guy friend is a fan of labels generally ("Honestly, I think it is a good idea because it prevents people from waffling and wasting their time."), but thinks you shouldn't touch the subject until about three months in. "You don't really know each other [before that]. You don't have the information to apply a label."

You could start off super attracted to someone, but realize after a month that you're not compatible enough to boyfriend-up (but maybe want to keep them as a friend with benefits). It's a lot harder to switch to that track after you'd already labeled yourselves as "together."

5. Friends And Family Will Be Nosy AF

The fastest way to get a crowd of people all up in your business is to tell them you have a new S.O., so maybe, like, avoid calling them that for while.

6. You Might Temporarily Freak Out About Commitment And Do Permanent Damage

Totally normal to get nervous about relationship lock down, and not a sign of doom, necessarily. But if you're prematurely labeled up and have to formally ask to get some alone time, you could be messing things up before they've even had a real chance. When you're label-less, you can take a few days off from someone, realize you miss them, and get back to hanging out without any hurt feelings or unnecessary waves.

7. You Might Accidentally End Up With The Wrong Person

Calling someone your boo and starting to shut off other options right away can make you a little too invested in something that might not be the best fit for you. Labelling-up somebody before you've gotten to know them is a self-fulfilling prophesy—so tread carefully when rushing to call someone "bae."

8. You Could Be Deluding Yourself That You're Something You're Not

My guy friend who's into meditation had a Zen approach to labels. "The problem with labels... is that they can create delusion. You label something, and you now have an image or images which may or may not reflect reality. I think where it becomes dangerous is when people forget that it's a label that reality may not be consistent with what that label is associated with. Like if I'm your girlfriend, does that mean I have to support you all the time because that's what I see in the movies? That's where I think communication is key— not letting the label drive the dynamics of the relationship."

If you take things as they are, you'll have a better time. Of course, you may want to eventually shoot higher with your relationships than "accepting things as they are," but if things are already good... the labels may just happen on their own.