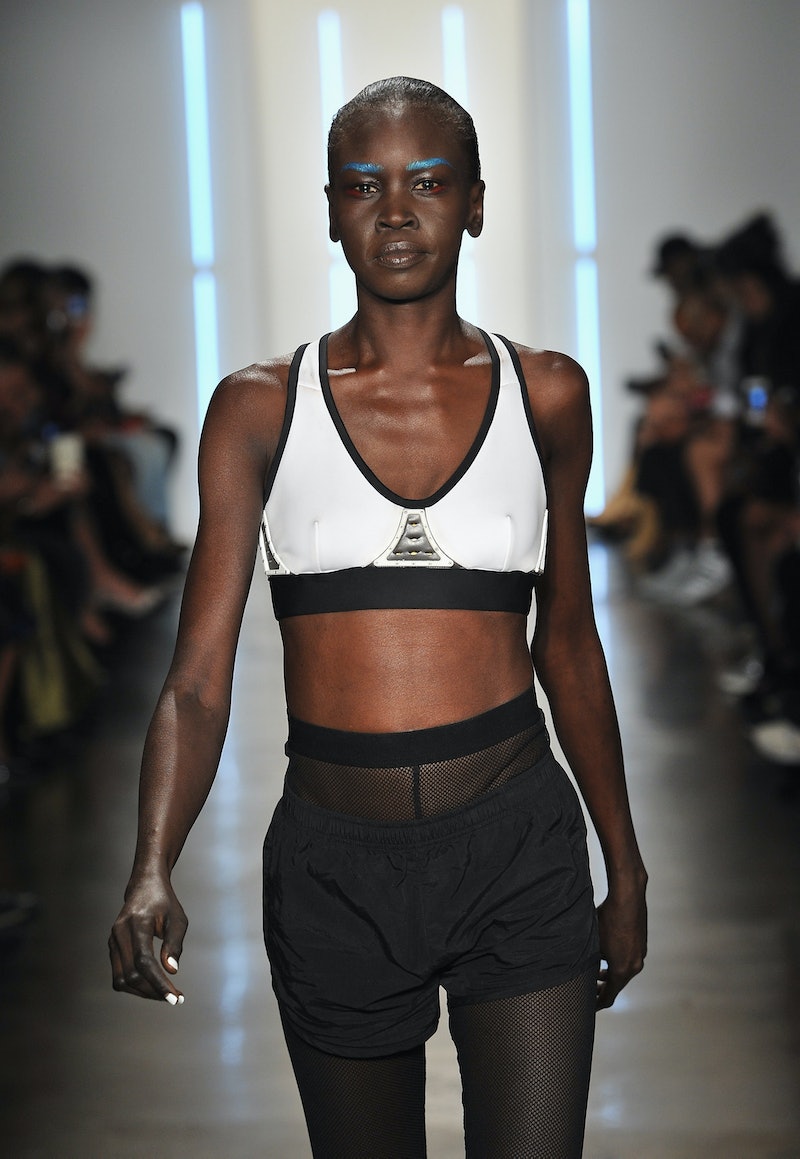 You might be caught up in all the tropical patterns and breezy dresses from New York Fashion Week, but let's take a quick break from the romantically ethereal to talk about how the Chromat Aeros bra will solve boob sweat problems for good. The amazing new bra made its debut during NYFW, according to Style.Mic. Because the struggle is seriously real.

Designer Chromat teamed up with technology company Intel to bring us just about the most practical bra I ever did see. The bra walked the runway during Chromat's show last Friday in NYC, and though it sounds all futuristic and freaky, it looked....like a basic white sports bra. But it is so much more. This bra is able to sense a change in temperature, breathing, and the perspiration level of whoever is wearing it, and then the Intel technology will open and close tiny vents built into the band to prevent sweating. Oh, it can even turn off the vents when you cool down. OK, lacy lingerie is great and all, but there's nothing sexy about boob sweat, so when you think about it, it kind of defeats the purpose.

And even though it's just a sports bra, the Chromat Aeros bra is actually pretty stylish.

The white bra is lined with a thick black trim, so it's kind of like the "le smoking" of bras. But really, they had us at "gets rid of boob sweat."