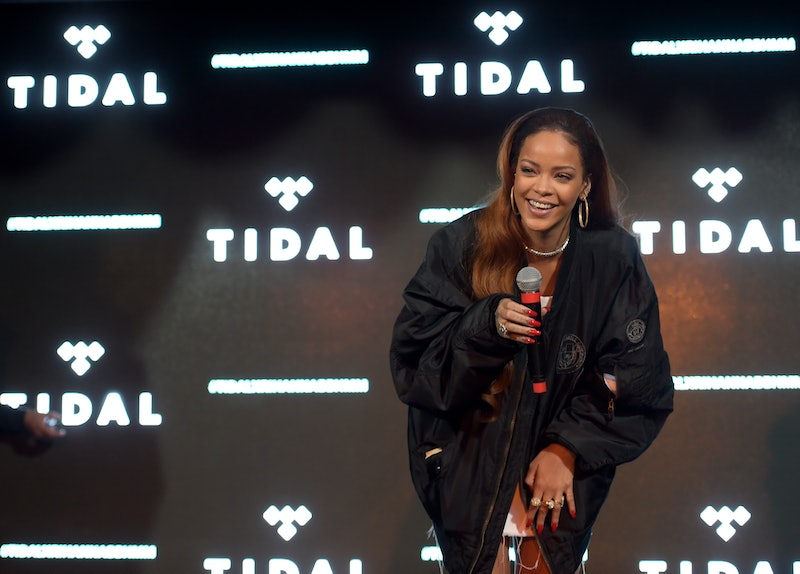 Even though she can turn up at the Met Gala wearing a couture gown to end all couture gowns, there's something truly special about Rihanna's athleisure style. Lucky for all of us, we finally know where to buy Rihanna's Puma Creepers, because yes, they are for sale (finally) and ready to change the footwear game once and for all. The fact that she launched it during New York Fashion Week isn't a total surprise because Rih herself knows that these athletic creepers designed by Mr. Completely can create just as much buzz as anything on the high fashion runways.

Last week, fans got the first look at the Rihanna x Puma collaboration with an unboxing video that leaked online. I can't wait to see what these look like in person, but judging from the images that I've seen so far, everyone will and should get their hands on Rihanna's debut sneaker ASAP. The classic Puma design mashed up with the creeper sole sits at the perfect balance of sporty and edgy, athletic and rock-and-roll, while living up to Rihanna's brand.

The Puma By Rihanna Creepers are available now for $120 at puma.com.

Update: At the time of publishing, the shoe was available, but it is now sold out.