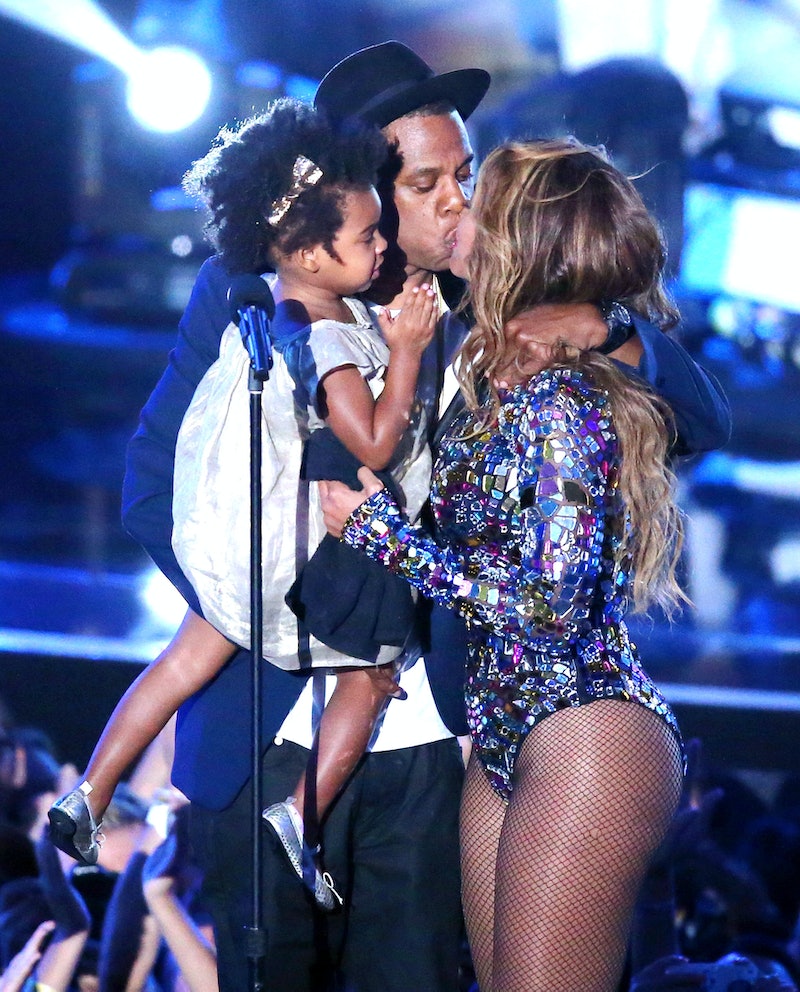 I have always been of the opinion that I, quite honestly, don't spend enough time talking about Jay Z and Beyoncé. I mean, I spend plenty of time talking about Beyoncé, but Jay Z and Beyoncé's relationship is incredibly important to me for something I only really talk about when those divorce rumors or baby rumors are flying. However, whether I'm talking about them or not, Jay Z and Beyoncé are in love pretty much every second of every day, and they make that clear with some well-timed photo ops that make even the most airbrushed wedding photos pale in comparison. That's exactly what we got when Jay Z and Beyoncé showed PDA in Italy, where they're hanging out because they're rich and they can, with the waves swelling behind them like something straight out of a movie.

Although I've been living a life of near-constant disappointment ever since Jay Z and Beyoncé failed to make an appearance at the VMAs, leaving me to rely on Nicki Minaj to bring me all of my entertainment and education of the evening, seeing these photos warms my cold little heart right back up. Seriously, do these two know how to stage a picture or what? I have to wonder how many times they walked past this spot, testing the angle with the camera, and trying to figure out exactly how far back whoever took the picture should stand to make sure the ambiance of the photograph was just right. Regardless, the results are amazing.

Of course, it's far from the first time that Jay Z and Beyoncé gave me both relationship and photo FOMO at the same time. Between their lavish international vacations and their even more lavish family photos, there has yet to be a period in my life when Beyoncé didn't make me wish that I could grow up to be her. I can only hope that listening to her music will help me to absorb her majesty and thus lead me on a path to living a life that's ***flawless.