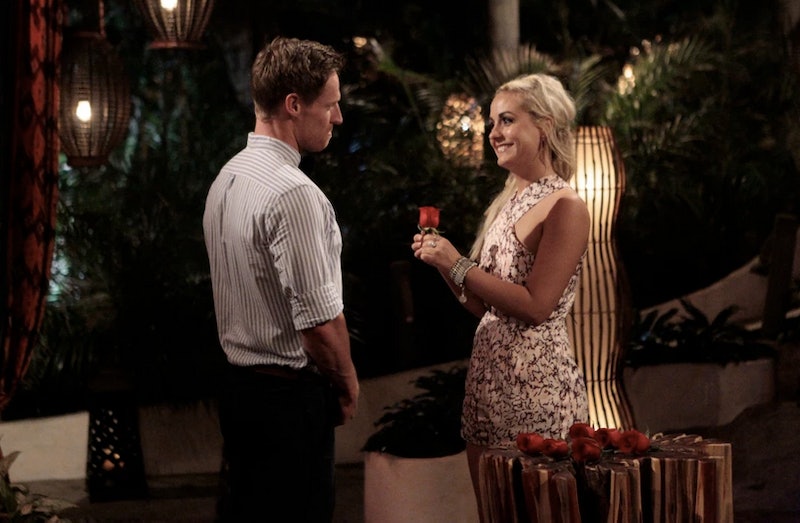 Remember that time when we were all "Blindsided" when Kirk dumped Carly on Bachelor in Paradise ? So "Blindsided" that Carly went and wrote a song called "Blindsided. A Song for Kirk." and released it as her statement about said blindside. Well, if you're Team Carly and anti-being "Blindsided." then you might be wondering what other music Carly has released, and if any of them are as ~emotionally charged~ as "Blindsided. A Song for Kirk." You're in luck, because Carly "The Cruise Ship Singer" from Chris Soules season of The Bachelor is actually a frequent uploader of her own music. So grab your headphones, as we embark on a journey through Carly Waddell's discography.

So, at this point, we all should know the song "Blindsided. A Song for Kirk." by Carly Waddell. You should be listening to it on repeat the way you did in early 2012 when "Call Me Maybe" came out and you had a heavy hand on the "one-repeat" button on your iTunes. The song covers what it feels like to fall in love with someone (Carly) and have them give up on your relationship out of nowhere (Kirk). Here's Carly's (soon-to-be hit) "Blindsided. A Song for Kirk." (Note: If you're dealing with a break-up, play at your own risk.)

Carly "Taylor-Swifted" Kirk, per Ashley I.'s suggestion with "Blindsided. A Song for Kirk." but since then, she's also released another song called "Hotel Room for One." (I don't know for sure, but I'm guessing that a hotel room for one — referencing putting a "ghost to bed" — is possibly about K-I-R-K.) Here's Carly's sophomore single (if you will), along with other songs she's posted on the Internet.

"Hotel Room for One"

"You look nervous looking at me," (Yeah, because Kirk's going to dump you on TV). "Because you know just what's going on," (STOP BEING SO SNEAKY, KIRK.) I'm not a betting woman, but I'd put my money on this possibly being workshopped as "Blindsided. A Song Still for Kirk. Pt. 2" before she landed on "Hotel Room for One."

Even though this is a cover, Carly definitely shows that she has the pipes of, say, Natalie Maines.

"It Was Different Then"

This original by Future Grammy Winner Carly Waddell is another emotional song, and even though she posted it around the same time as Chris Soules' season ending, I don't think it's about him. Because, let's be honest, Carly dodged a huge corn-stalk sized bullet with that one.

"Girl In Your Dreams"

This is sassy song "Girl In Your Dreams" by Carly Waddell. This song really encapsulates what I think of when I think of Carly: fun, sassy, and statement necklaces.

Like many musicians before her, I'm sure Carly's heartbreak will fuel her to write the next chart-topper. If not, I'm sure ABC could commission a new opening theme song. Chris Harrison? You out there?