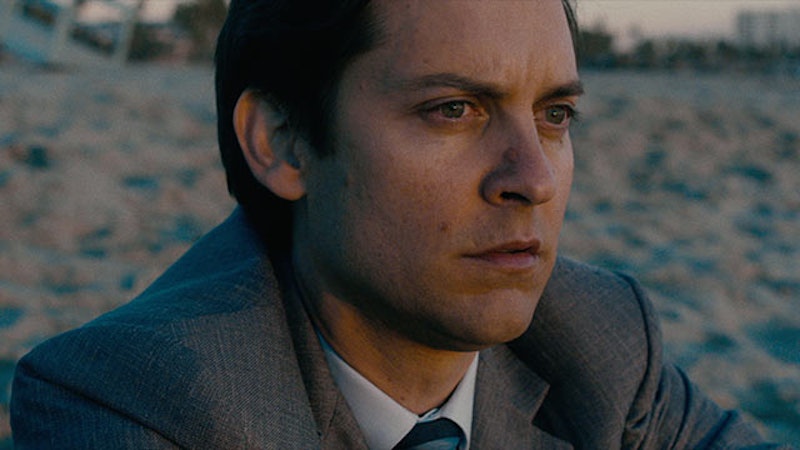 Even if your knowledge of chess is limited to that scene in the first Harry Potter movie, there's one chess player whose name you probably know. Bobby Fischer was such an iconic American player that many a freshman dorm room has been decorated with posters of him, deep in thought as he stares at the board. But this month Fischer's legacy gets a significantly bigger recognition, as the film Pawn Sacrifice brings the player's story to the big screen. Tobey Maguire stars as the player at the apex of his career, embroiled in a high-stakes chess match against an opponent from the Soviet Union. But what happened to Bobby Fisher after Pawn Sacrifice 's legendary match? Well to answer that, you have to go back to the '70s.

The match in question was none other than the 1972 World Championship, which became a metaphor of sorts for the Cold War. It was the most widely publicized chess matches of all time, and while I won't give away the ending, its result was culturally significant enough that they're making a movie about it. But Fischer was only 29 at the time of the world championship represented in the film, and he lived until the age of 64. So what happened to Bobby Fischer after the match in Pawn Sacrifice? A lot, actually...and not all of it was pretty.

He Left Chess And Gave Up His Title

Fischer largely stopped publicly playing chess after the 1972 match, and in 1975 he refused to defend his title against Soviet Anatoly Karpov because he vehemently disagreed with the World Chess Federation (FIDE) about the regulations surrounding the match. His title was therefore automatically forfeited to Karpov, and Fischer left the world of competitive chess.

He Played One Last Famous Match... And Then Disappeared

The famed player reappeared in 1992, winning a match in Yugoslavia against Boris Spassky. But Yugoslavia was under UN sanctions at the time, and so Fischer's participation rendered him a fugitive and he never returned to the U.S..

He Made Some Controversial Remarks

In his later life, Fischer made multiple Anti-semitic and Anti-American remarks on the radio, including an incendiary broadcast after the September 11 attacks. This further alienated Fischer from the people of the country he once represented on a worldwide scale.

Fischer died on Jan. 17, 2008 in Iceland, where he had been granted citizenship in 2004. His cause of death was ruled to be kidney failure, and news outlets referred to the former champion as a "troubled genius" while lamenting the loss of his sanity which occurred years prior to the loss of his physical life.

Although the story of the latter part of Fischer's life is a sad one, Pawn Sacrifice clearly made a deliberate decision to celebrate the brightest part of his legacy by making the emphasis of the movie the 1972 match. The film shows Bobby Fischer not as a delusional elderly man who has lost touch with reality, but as a immeasurably intelligent young champion whose victory will live on in history for generations to come.