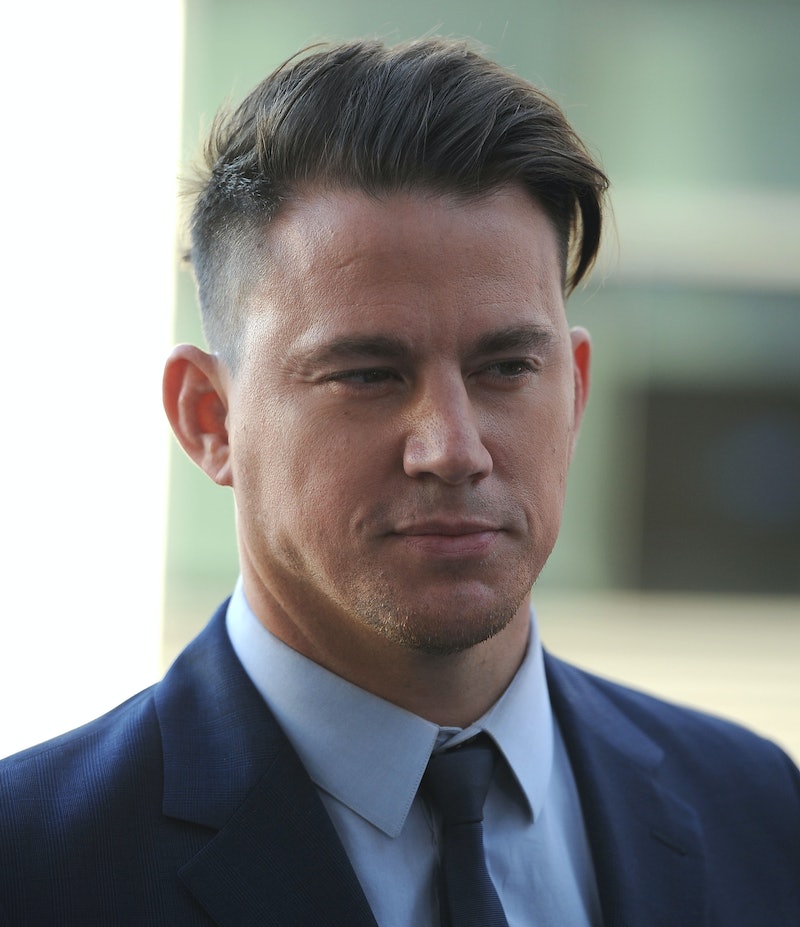 It looks like it might finally be happening: Channing Tatum's long-running dream of making an Evel Knievel biopic could be coming true. According to The Hollywood Reporter, Black Swan director Darren Aronofsky is in talks to direct the project, which Tatum has been trying to get this project off the ground for years. Personally, I couldn't be happier for him in response to this news — and it also couldn't make more sense to me that the legendary daredevil is one of Tatum's heroes.

Tatum has been attempting to produce and star in this film for quite some time: According to The Guardian, he started developing the Pure Evel — then untitled — all the way back in 2012. That was before there were even whispers of a Magic Mike XXL! Wow... like sands through the hourglass, these are the days of our lives.

As THR reported, along with Aronofsky, writer Scott Silver (The Fighter, 8 Mile) is in talks to pen the script.

As for the man behind the biopic, it makes a lot of sense that Tatum would be interested in producing a film about his life. Knievel rose to fame in the '70s for his dangerous stunts, which included jumping over/between anything he possibly could on his motorcycle: cars, towers, fire, and in his piece de resistance, over 14 buses in 1975 at a theme park in Ohio.

Isn't Tatum, too, a professional daredevil... sort of? He is definitely multi-faceted, if anything: he's come a long way since he burst onto the scene almost 10 years ago with early films like Step Up and She's The Man, and has now made a name for himself as an action hero and dancer-extraordinaire. But, playing into the daredevil-ish personality trait, he's not afraid to take on a challenge: He's participated in dramatic films too, which you would know if you saw him in the dark, gritty and intense Foxcatcher with Steve Carell, as well as the comedic films, evidenced by movies like 21 Jump Street. Also, he recently adopted a horse because he wanted to, which is a total badass move.

Tatum's also got some big projects coming up, with bigwig directors Quentin Tarantino and the Coen Brothers for The Hateful Eight and Hail, Caesar!, respectively. Knievel thought he could do anything, and it looks like Tatum has that same attitude: I bet he can't wait to get into a fitting for that jumpsuit.

As for whether or not he will do his own stunts, that remains to be seen (although in a biopic about the most dangerous daredevil of all time, I would think they would get a professional). For now, the fact that Aronofsky might be on board is great news enough. Fingers crossed this works out!