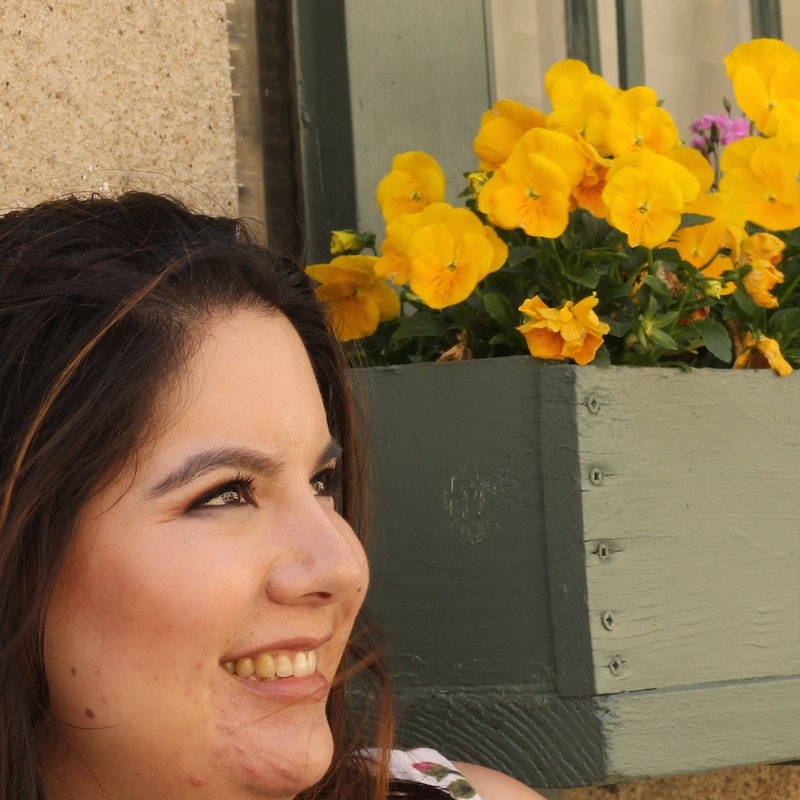 On the day that I turned 20 I had an epiphany: this would be my last birthday.

Over a plate of pumpkin pancakes for me — and a salad for her — my mother confronted me about my recent lethargy during what I had hoped would be a celebratory birthday brunch. She thought my poor mood, which had been plaguing me for almost a year, was the result of my weight gain; a symptom of my PCOS, a hormonal disorder I was diagnosed with in high school.

When I told her that I thought I might be suffering from depression, she didn’t want to believe me. To my mother, depression meant the inability to get out of bed. It meant crying, anger, sleep, and a complete shut down. That was the only depression she'd personally seen her friends or family go through, the only depression that had ever been identified to her.

Looking back, I can’t blame her for her hesitation. It's a scary thing, depression. And, I have to admit, I wasn’t even sure that I deserved the label myself. Six months earlier, a therapist I was seeing had gently suggested to me that I might be depressed, but I'd dismissed the idea. Like my mother, I had convinced myself that my feelings were merely an extreme version of the insecurities and self-doubt that had plagued me ever since ... well, ever since I could remember.

Suicide was something I kept like a card in my back pocket. If things got really bad again, I could play it any time.

When I got home from brunch, I went into my room, turned off the lights, and put my head under the covers. This will be my last birthday. It was just a thought that popped into my head, but once it was there, I knew it was true. I wouldn’t make it to 21. I didn’t know how I would do it, or when I would do it. All I was sure of was that I would need to kill myself within the next year.

I wasn’t scared or sad. In fact, I felt almost relieved. I finally knew that the suffering I was feeling would end.

I think that one of the reasons I didn’t attempt suicide right that day was because I didn’t want to burden anyone with the trauma of finding my body, or the emotional toll of grieving my death. Instead, I fantasized about evaporating into thin air. I wished that I could just vanish from existence, that I could stop my suffering without causing anybody else to suffer. Needless to say, I didn't tell anyone what I was feeling.

It wasn’t until I finally broke down in tears during my annual check-up with my doctor a few weeks later that I was able to convince my mother that I was clinically depressed. I told my doctor that I would stay up late at night until I was too exhausted to stay awake because I couldn’t go to sleep knowing that I had to wake up the next morning. “That’s not normal,” I remember her saying. She prescribed me a low dose of Zoloft and talked to my mother for me. We went to the pharmacy and picked up my first prescription that afternoon.

When I returned to school, I found a new therapist and a psychiatrist. My original Zoloft dose was multiplied — I eventually leveled out at a dose over 10 times what my doctor originally prescribed. The medication helped. Social situations were less stressful, and I had more energy and a greater desire to do things that I enjoyed.

But my depression didn’t leave me. I still struggled. I still spent many days in bed crying, and it was nearly impossible to do more than the bare minimum of my homework. One day, I was in so much pain that I cried all day, even when I walked to the communal bathroom to take a shower. I sobbed alone in the shower stall while lathering up, my cries echoing in the small, and mercifully, empty room.

I never had plans to kill myself. Suicide was something I kept like a card in my back pocket. If things got even worse again, I could play it any time. If I decided I couldn’t keep fighting it anymore, I could end my life. Once I realized that I could kill myself — really kill myself — it was an option I had trouble letting go of.

Over time though, with therapy and medication, my suicidal thoughts got quieter, less frequent, and easier to understand. I finished the semester and continued to go to therapy over the summer. When I returned to school for my junior year in the fall, I had newfound faith that I could have a future that wasn't miserable. Maybe even happy.

Before I knew it, fall semester was over and it was my birthday. My medication was working, I was feeling a bit more sure of myself, and I had lived to see my 21st birthday. The day passed quietly, thanks to my twin, who agreed to spend the day with me, just the two of us.

But a month later, my desire for survival was shaken again. I found out that a boy I went to high school with, John*, was found dead in his car. He had killed himself just before the start of the second semester of our junior year. He was 20 years old.

When my twin sister called to tell me the news, I didn’t cry. I listened to her sob, and then I hung up the phone so I could process the news. A part of me was envious that he had done it, that he had gotten out of this life. But I knew that was the depression talking.

It wasn’t until a week later that the grief hit me, guilt following soon after. He was a good guy, known in high school for his goofy smile and happy attitude. Why did I make it through, when he didn’t? Why did I survive this disease? I wasn’t better than him; I didn’t deserve to live any more than he did — if anything, I thought I deserved it less.

I still think about John a lot. I used to wonder if there was anything I could have done to help him through, even though I didn't know him that well. I used to think that maybe if I had just told more of my high school friends that I was depressed, he could have known that there was someone else out there who might understand him, who might feel what he was feeling.

I know now that the world doesn’t work that way. But, just in case, I am telling all of you what I wish I could have told him: depression is nothing if not a master of deceit. If your mind is telling you that you would be better off dead, it’s lying. If you think you might be depressed, don’t be afraid to ask for help. If you reach out to someone and they don’t believe you, keep trying, or look for outside resources that might be able to help. Don’t be afraid to ask for the treatment you need, and don’t settle for the treatment you’re given if you don't feel heard or understood. Don’t be afraid to say what you mean — demand it.

If you think something is wrong, if you think that you are depressed or suicidal, demand help. Demand an ear to listen to you. Demand survival.