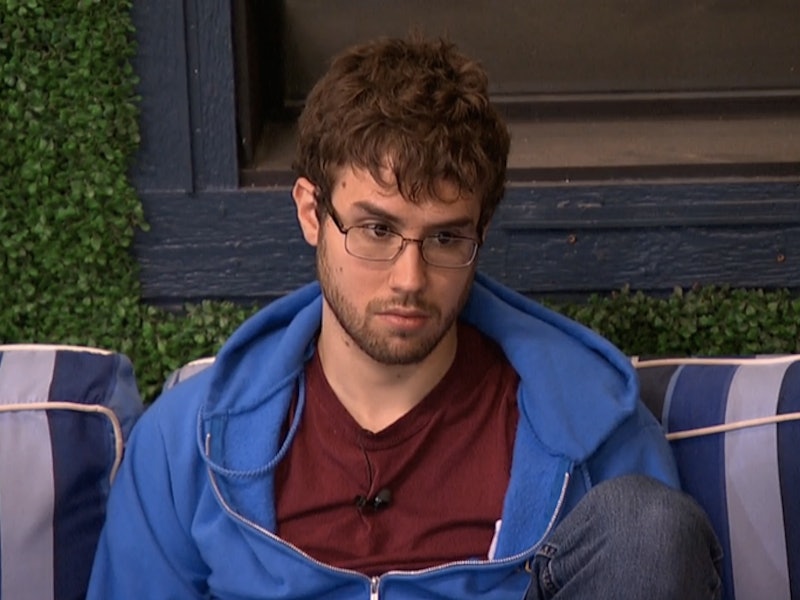 It was a shocking episode of Big Brother 17 when Austin was evicted (finally) and Steve won Head of Household, guaranteeing himself a spot in the coveted final three of the season. After a rather rocky episode (Austin could not have been more shocked he was evicted), Steve pulled through and won the tie-breaker during the HOH competition, and it might have totally been a fluke. Either way, Steve is safe, although he doesn't truly hold the power until the Veto competition takes place. But if you're rooting for Stevie B. to win, your boy is one step closer to that $500,000 prize.

The HOH competition, which was a true/false game, ended with Steve and Johnny Mac having to give a number to break the tie. Johnny Mac's answer was in the 3600, Steve's was 601, while the correct answer was in the 2,000s. Because Johnny Mac went over, Steve was crowned the winner. His face was shocked — see: Austin's face earlier in the night — especially when he realized that he had forgotten to put a zero on his chalkboard (he meant to write 6,0001), causing him to win the competition. If that is the case, then Steve, get your butt to Vegas, because you're one lucky fella. Had Steve lost this competition, it might have cost him the whole game.

So where is Steve's head at right now? The fact of the matter is, who knows. Steve doesn't trust Vanessa, he doesn't like Liz, and while he and Johnny Mac are friends, I'm not sure if he would keep the dentist safe. But Steve is a student of this game. He knows that he can't win against certain members of the house (possibly Vanessa), so he might not want to keep her around if it will cost him the prize.

Steve's nominations, while important, aren't the ultimate powerful decision leading into the final three. Whoever wins Veto will be the decider of the final three, so while Steve is safe, he's not necessarily the one in power, yet. If he wins the Veto as well, then all bow down to Stevie B., a god amongst mere mortals.