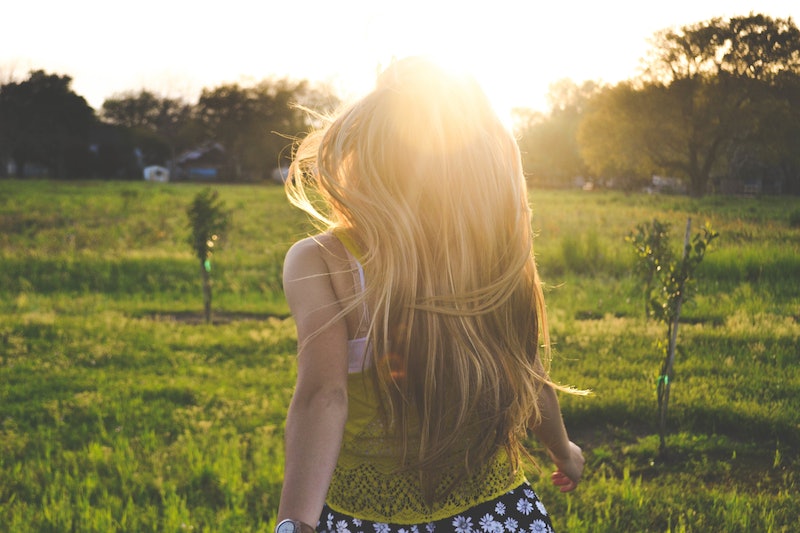 If you're dealing with any mental health problems, you'll likely encounter plenty of sympathetic and understanding people who will be eager to offer support in any way they can. Unfortunately, there may be a few people in your life who let their misconceptions about mental health cloud their beliefs and behavior. Anxiety disorder is no exception to this rule. Despite the fact that anxiety affects 18 percent of American adults and it can seriously affect someone's quality of life if it goes untreated, it's still sometimes dismissed as nothing more than a person's penchant for being overly dramatic or a refusal to act "mature" or "social."

The idea that, because mental health issues can't be seen, people must be making them up in some sort of desperate bid for attention, is a common and hurtful misconception. This one never ceases to baffle me, because it seems like there are plenty of ways to seek attention that would be significantly more enjoyable than feigning a panic attack. However, many misconceptions about anxiety disorder are not mean-spirited, just ignorant — and some actually come from a place of wanting to help someone who suffers from the disorder, but not knowing how.

But ignorance isn't an excuse; it's an opportunity to educate yourself. So read on and learn about seven misconceptions about people with anxiety that need to become a thing of the past — because they do a disservice to individuals who are struggling with, managing or trying to recover from the disorder:

1. You Can Just Avoid Your Potential Triggers

Most people with anxiety have specific triggers that bring on intense feelings of anxiety or even panic attacks. These can range from attending a social gatherings to driving to making a phone call. While many people get nervous before making a big presentation in front of a large group, individuals with anxiety often fear being called on in class or during a meeting. Regardless of what induces someone's anxiety, the solution is not to simply avoid it — and telling someone with anxiety to do that is more than bad advice; it's thoroughly unrealistic. Most of us don't have option of just avoiding whole chunks of life, even if they make us feel intensely unpleasant feelings.

Avoiding all triggers will do more than just prevent the person from fully taking part in life — avoiding stressors will actually reinforce your anxiety and leave anxiety sufferers feeling helpless and paralyzed when you end up in a situation where avoidance isn't an option.

2. People With Anxiety Should Just Have A Few Drinks To Take The Edge Off

Many people with anxiety are told by friends to simply have a few glasses of wine to take the edge off. And yes, if your anxiety kicks in during the evening hours as you stress out about the next day, it's tempting to reach for a bottle. But while this can help in the moment, the long-term effects can be dangerous. A recent study found that 13 percent of respondents who consumed alcohol in the past year had done so to ease anxiety. The same study found that individuals with anxiety who self-medicated with alcohol or drugs were more likely to have their condition worsen.

It's generally fine to enjoy a glass of wine with dinner (although you should consult with your therapist or psychiatrist if you're concerned about your specific drinking habits), but alcohol should never be used as a quick fix for anxiety. Not only can it lead to addiction problems, but it can prevent people from seeking professional treatment or developing healthy coping mechanisms like yoga, calling a friend or writing in a journal.

3. Anxiety Is Always Linked To A Specific Trauma

A traumatic experience is usually not the cause of generalized anxiety or social anxiety disorder. PTSD is considered a type of anxiety disorder, but those symptoms are quite different than what's experienced by people with an anxiety condition that's rooted in genetics and brain chemistry.

People with PTSD tend to suffer from anxiety that's directly related to the trauma they suffered — so their triggers are specific sounds, places, and smells that bring back terrifying memories. On the other hand, generalized anxiety disorder is caused by a combination of genetics, brain chemistry, and personality traits. People with generalized anxiety may feel extremely distressed about public speaking or meeting new people, despite never having a terrible experience with either scenario. So don't assume that people with anxiety disorders are necessarily coping with a past trauma.

4. There Aren't Any Physical Symptoms

When people say they are feeling physically ill due to anxiety, they're not imagining it. In fact, some of the hallmark symptoms of anxiety disorder are physical and they're a major sign that you're dealing with a disorder, not a normal case of nerves. Anxiety has so many physical side effects that the disorder is frequently mistaken for physical conditions including asthma, tachycardia, ulcers and heart problems. Physical symptoms include — but are not limited to — trouble breathing, heart palpitations, dizziness, nausea, and muscle tension. It's a vicious cycle, because your anxiety increases the moment you begin to struggle breathing or feel your heart racing.

5. It's Helpful To Tell Someone To "Calm Down" Or "Be Logical"

It's also a huge part of why anxiety is frustrating and difficult to explain to someone who has never experienced it. So when a person is struggling to breathe and keep it together, the last thing they need is someone telling them to just calm down and think this through logically. In the moment, these words can feel very dismissive and condescending.

6. Nothing Can Help A Person During An Anxiety Attack

Flippantly telling someone to "calm down" is unhelpful — but that doesn't mean you can't help someone who's having an anxiety attack. If you have a loved one who is suffering from anxiety, it's a good idea to have a talk about how you can help the next time they're in the throes of an attack. But, in general, some helpful anxiety attack coping tactics include anything that will get them out of their head and focusing on "the here and now". Remind them to take deep breaths — and do the breathing exercises with them. It's also helpful to ask them to look around and name what they see, or ask them to describe the details of a beloved place or memory.

7. People With Anxiety Are Just Illogical And Unreasonable

First of all, people with anxiety generally recognize that many of their particular fears are illogical — and they spend a lot of time reminding themselves of it. But, that aside, suffering from anxiety and the irrational fears that accompany the disorder doesn't make a person unintelligent, incompetent or unreliable. Like any other physical or mental illness, anxiety can affect your ability to function if it goes untreated. But people with anxiety are no less capable and competent than anyone else in the workplace, at school or in any other area of life.

Anxiety sufferers don't have to let anxiety control their lives — and the support of loved ones really helps. And when we educate ourselves about anxiety, we're in an infinitely better position to help a loved one who is suffering — whether it means supporting them through a tough episode or giving them the encouragement they need to see a therapist. We're also destigmatizing the disorder for them, and all other sufferers past, present and future.