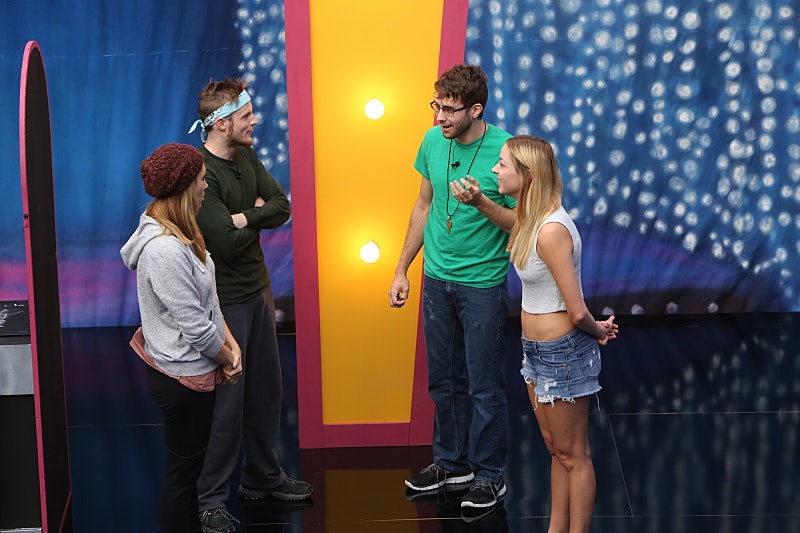 He was given a second chance on Big Brother — something that rarely happens. But there comes a day when a man is evicted from the Big Brother house for good, and that day is today for Johnny Mac. Everyone's favorite dentist — depending on your tolerance for yelling — John was evicted from Big Brother 17 on Wednesday's special live eviction episode, officially making this the second time J-Mac was kicked out of the house. I'd say better luck next time, big guy, but something tells me that there isn't going to be a next time.

It was a huge toss up on who was going to be evicted after Vanessa won the Veto competition and the right to decide who would make up the final three this season. If it's any consolation, John, Vanessa had a tough time deciding between you and Liz, so maybe (?) that will lessen the blow of a second eviction.

After Vanessa won Veto, Steve freaked out that she might evict Johnny Mac. Steve wanted to get to the final three with John, and when he realized Vanessa wasn't going to let that happen, he had a breakdown. Breakdown is putting it softly, but you'd be emotionally on edge too if you were locked in a house with the same people for 90 plus days. Steve promised (himself, the feed watchers, his mom?) to try and convince Vanessa to evict Liz, but alas, it didn't work.

When it came down to it, Vanessa's reasoning was sound. John put tempting offers on the table, but Vanessa just doesn't believe he will go back on a "game long alliance" with Steve. If he did go back on his alliance with Steve, she wouldn't feel comfortable with trusting him.

Johnny Mac's eviction will definitely disappoint a few jury members, but those same ex-houseguests should find solace in the fact that Steve is still in the running. As for Liz remaining in the game, Austin and Julia could start campaigning for her to win the whole game, if it comes down to that. While it's not the craziest thing to consider, I don't think the other jury members are going to be very receptive to Austin and Julia telling them Liz should win the game.

Either way, Johnny Mac. Farewell. It was gun the first time, and just OK the second time. You'll be missed, but not forgotten. Give James and Meg a big kiss for us.