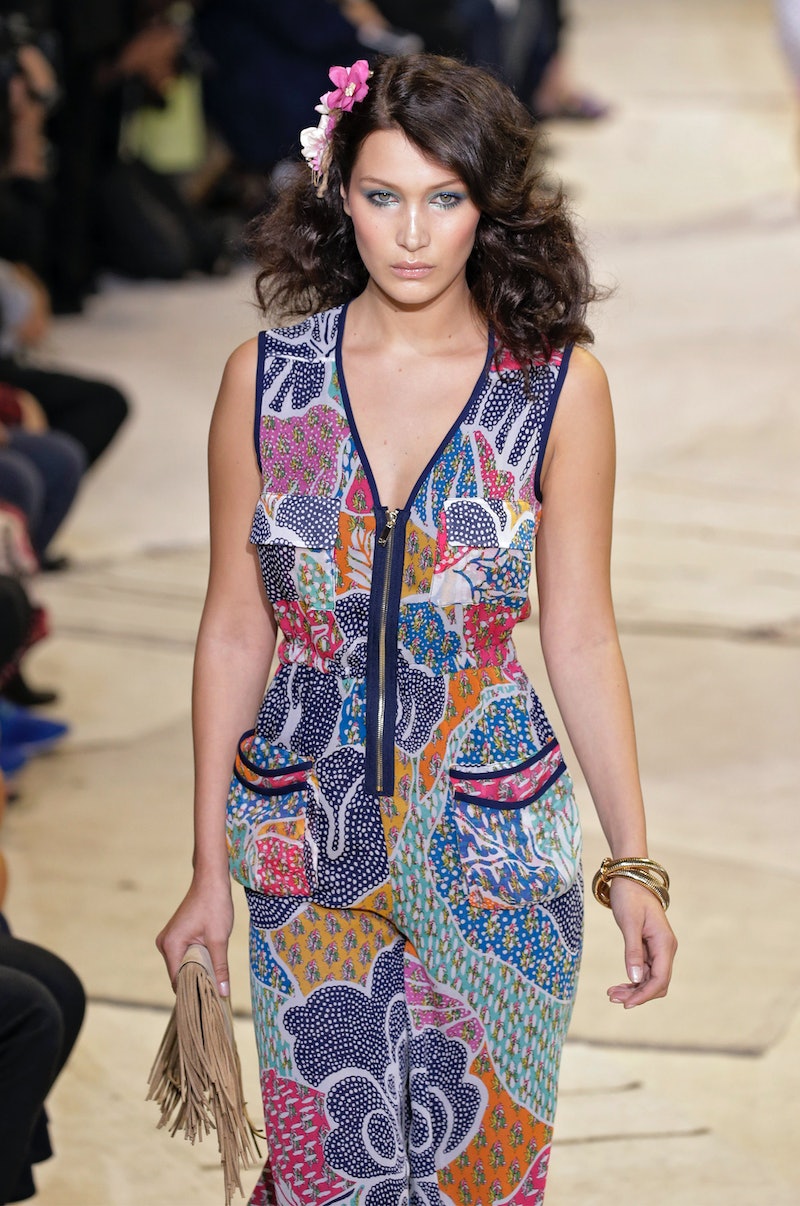 If you're not familiar with Gigi Hadid's little sister yet, you must be living under a rock, because the girl is practically everywhere. In her most recent endeavor, Bella Hadid covers Wonderland 's 10th anniversary issue, adding to her already impressive list of high-profile fashion gigs. Will the younger Hadid snag the title of new supermodel of the moment? It sure does seem like it.

The 18-year-old is already slaying fashion month, having walked the runways for some of the most esteemed designers this NYFW, including Tommy Hilfiger, Diane von Fürstenberg, and Jeremy Scott (alongside big sis Gigi).

Hadid looks radiantly beautiful in the cover shot, donning a barely there makeup look that shows off her natural beauty. Her light brown hair is styled in center parted bed-head type waves that flow oh so effortlessly in the wind. Dressed in a high-neck short-sleeve top featuring a tawny base color and colorful yellow and green florals, a look that sort of embodies a boho-chic '70s vibe.

Take a look at the gorgeous cover.

Loving the ethereal feel of this look.

Hadid is clearly a star on the rise. Let's take a look at six of her best fashion moments, shall we?

When you've landed a Balmain campaign, you know you've made it.

Nothing is more major than landing a spot in Kanye West's coveted fashion show.

Gigi may have closed the show, but her younger sister strutted down the catwalk in two different looks.

All of fashion's It-girls took part in Tommy Hilfiger's island-inspired show, and Hadid was chosen to be one of them.