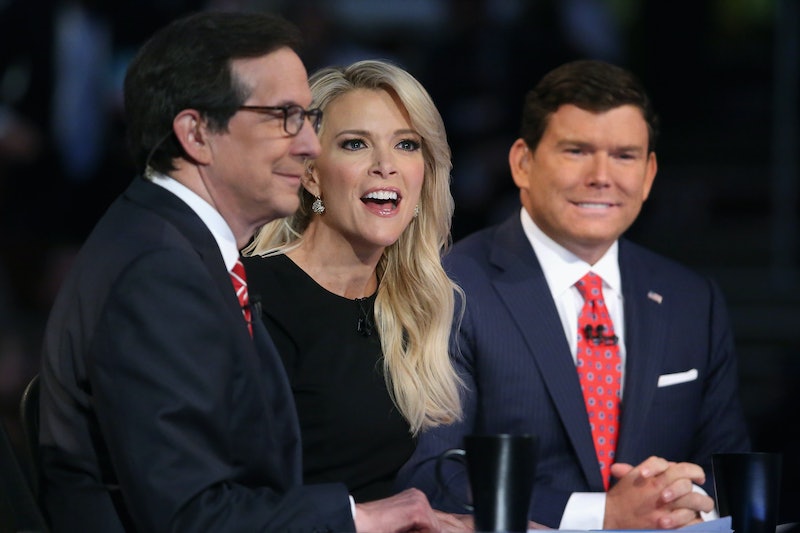 She's been widely viewed as the real winner of the first Republican debate of the 2016 election cycle, and she's not even running for president. Megyn Kelly moderated the first debate on Aug. 6 with such grace and gumption that more people were talking about her questioning acumen than some of the candidates' answers.

However, her overall performance in moderating the debate was overshadowed by one particular question directed at Donald Trump and the feud it then spurred. Unfortunately, any insightful analysis she could have made post-debate was replaced by comments relating to her unwitting role in Trump's verbal war. This time, though, Kelly offers a more comprehensive take. Here's what Megyn Kelly said about the second GOP debate.

It's not a far departure from her comments on the first debate, which focused largely on Trump and his subsequent attacks.

Even though she directed equally hard-hitting questions at all the candidates, Kelly's most memorable question-and-answer moment during the first debate came when she confronted Donald Trump on his past sexist remarks, a probe that prompted the easily peeved candidate to launch a vicious tirade against her. In addition to threatening her from the podium, Trump also went to town on Twitter, retweeting other users' posts that called Kelly a "loser" and "bimbo." And then there was the now-infamous "blood coming out of wherever" comment.

Proving that she's the exact opposite of whatever Trump is making her out to be, Kelly smartly took the high road and refrained from firing back at the real estate mogul. But when asked about the debate during an interview with Howard Kurtz, Kelly offered this completely classy, mature, and boss comment:

I'm sure nerves were high as they were for all of the candidates. He felt attacked. It wasn't an attack. It's okay with me that there's some consternation. He'll get over that and we'll be fine.

And on Trump's attack?