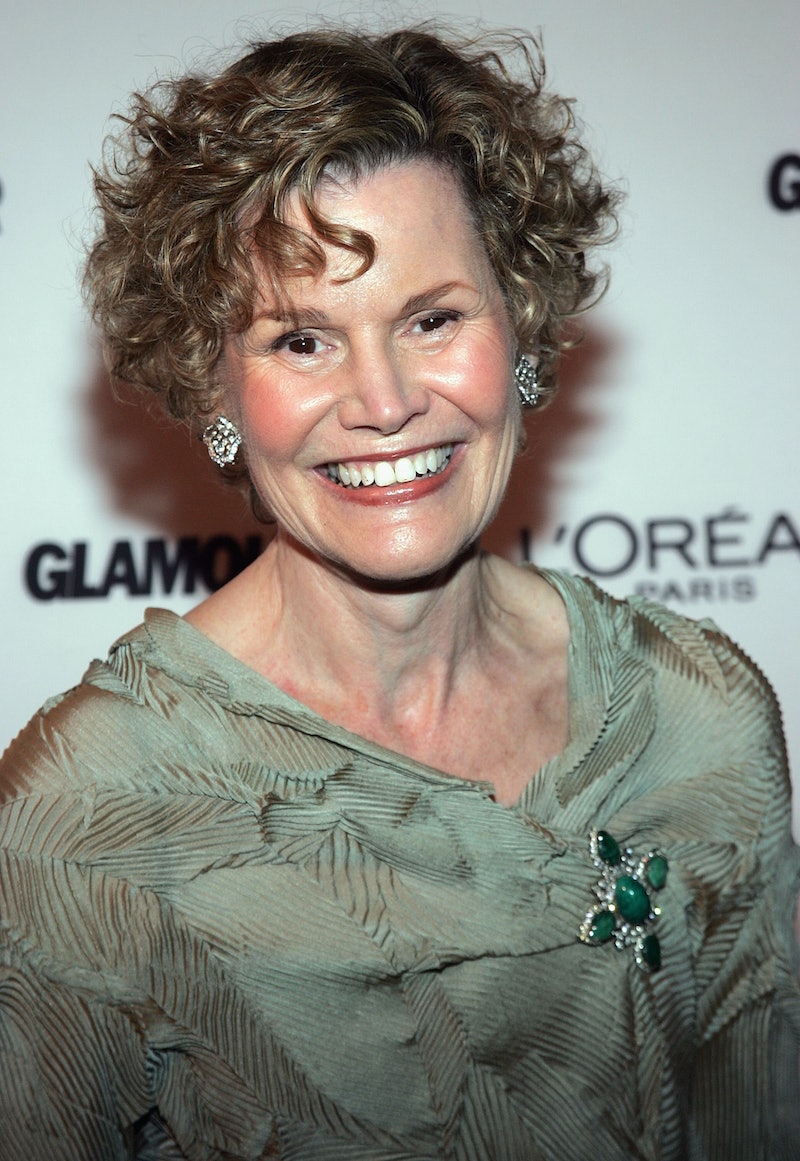 Have you ever wished you could get writing advice from Judy Blume? Of course you have. Well, here’s the good news: she’s been dishing a ton of it out. Blume just wrapped up an Answer Time session on Tumblr, and she’s spilled some of her writing secrets in the process.

I think I speak for everyone when I say that Judy Blume is the author who taught us all that being a teenage girl would be OK. She was totally honest with us; her feminist words of wisdom guided us through the whole difficult growing-up thing; the woman basically changed our entire lives, right? And now she’s at it again. With Judy Blume’s advice, there’s nothing stopping me from winning a Man Booker Prize. See y’all at the awards ceremony.

But because I’m a sharing kind of person (and also because it’s on the Internet for everyone to see anyway), I’ve collected a few choice pieces of advice for you right here. Whether you’ve got writer’s block, or you’ve had some negative feedback to something you’ve written, or you’re not quite sure if writing’s for you at all — Blume’s got something to say to you. Because, naturally, we will never stop needing life advice from Judy Blume.

When You’re Not Sure Writing’s The Right Path

I never knew I was a writer. But for as long as I can remember – I had stories running around inside my head. My imagination can be wild, it can get out of hand. I don’t think you decide to be a writer. You do it because you have no choice.

It’s scary to say for sure what your path in life is going to be, but if writing’s the way to go, you’ll find your way there.

When You’re Not Sure What To Write About

The common advice is to write what you know, but Judy Blume has a slightly different suggestion.

I wanted to read about puberty and sex when I was young and had a hard time finding anything ... Maybe that’s why I wrote about it.

What are you desperate to find out more about? Try writing about that. It might end up even more powerful.

When You’ve Got Writer’s Block

My experience is, you never stop struggling. Never! I spent five years on Unlikely. It was the hardest book (for me) I’ve ever written. But I think I must like the challenge.

If Judy Blume finds it hard, then you definitely don’t need to worry about it. Writer’s block happens to everyone, and in the end you’ll get your inspiration.

Best advice — read out loud to yourself and listen, really listen, and have your pencil ready.

When You’ve Had Some Negative Feedback

Surely Judy Blume doesn’t have any advice on this, right? There’s nothing but nice things to say about her!

[I got some bad feedback] in the 80s. I almost threw my red Selectric typewriter down into the arroyo (in Santa Fe). It was SO heavy. But then I thought – wait! You don’t want to do that because of some reviewer, do you? So I lugged it back to the house and have been writing ever since. Writing can be discouraging. Again, you don’t do it unless you can’t stop yourself.

I don’t know about you, but that’s the best thing I’ve heard in years. If even Judy Blume was a total wreck in her 20s, there is hope for all of us after all.