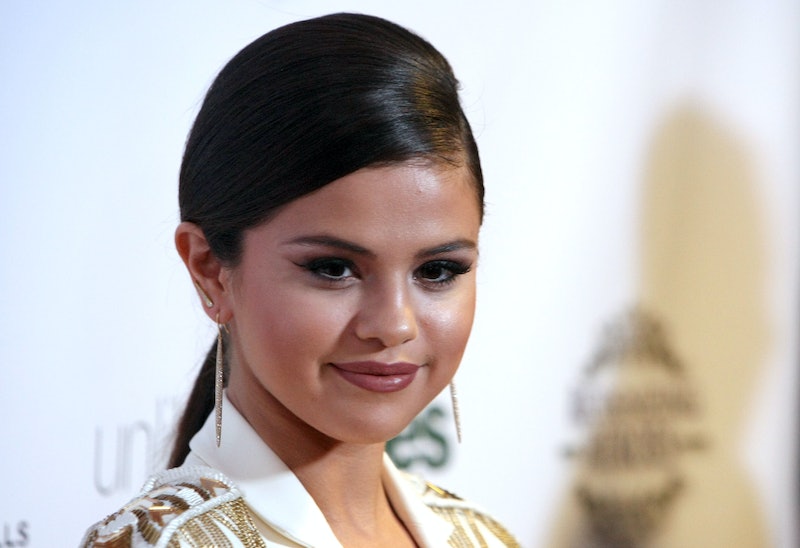 It has been a very good year for Selena Gomez. She's revamped her personal style, she casually dated a cute DJ, and she released a couple of the biggest bops of summer 2015. She is on top of the world,, but it seems like it took quite a bit of hard work and reflection to get there. Several years ago, Gomez became an even bigger name when she began her relationship with the uber-famous Justin Bieber when they were just teenagers. And, as is the case in Hollywood, fans are stuck on the past. Although they haven't officially been together for over two years, Gomez still lives in the shadow of the famous relationship, so it makes sense that she told Elle magazine that she is done talking about it.

Gomez recently released her newest single, "Same Old Love" and revealed that her new album will be called Revival, so there is definitely a prominent theme here. Gomez is growing up into a mature woman in her 20s and taking charge of her life. In the October issue of Elle, Gomez candidly opened up about her past relationship as a means to leave it all behind, and she shared when she knew for sure she had to move on.

Last November, Gomez performed an emotional rendition of her song, "The Heart Wants What It Wants" at the American Music Awards. She recalled to Elle,

Everybody was talking about the same thing: my relationship... I was so exhausted. I said, "I want this [performance] to be the last time I have to talk about this. And acknowledge this feeling... I was kind of devastated. I was like, This is all I have right now. This is gonna be it. And all I want is to move on.

After the performance, Gomez felt relieved. "It was a huge weight lifted off me," she said. "That's why, from this point on, I know I can prove myself, you know. I haven't scratched the surface yet."

I know what you're thinking: her new single "Same Old Love" definitely has to be about Bieber, doesn't it? Not so fast. She said, "It's not necessarily about a specific relationship... Sometimes you're stuck in the same cycle. This is kind of my 'forget it' song. I'm sick of all of it." But, it doesn't sound like there's any bad blood between the former couple. She continued,

Genuinely... I'll forever support him and love him in a way that... We grew up together. I think people want it to be different. We're too young for that. Nobody was married. There was no...I respect him. And I think he respects me, in a healthy manner.

Selena Gomez is all grown up! It's a beautiful thing to see her reveal her vulnerabilities and make sense of her past as a way to make her stronger. And it seems that letting go of her past relationship has only been the beginning of what she has planned. The 23-year-old has been going through some career changes, all of which she has done with her own reins. The changes were uncomfortable, but she did that on purpose. She said, "That's why I made all of these decisions within a year. I wanted to be my own person. I wanted to test myself. I wanted to see if I could really do it."

If you ask me, she is more than just doing it. She's killing it.