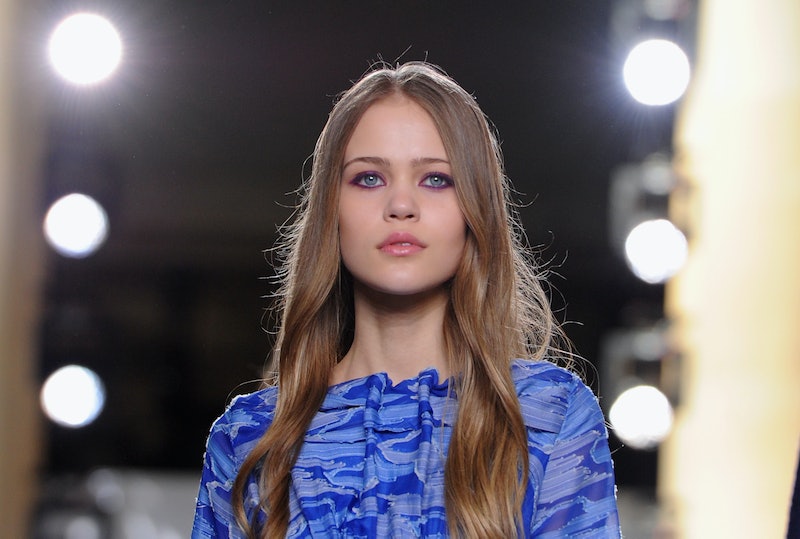 If shopping trendy picks at Topshop and pinning those covetable couture finds bloggers favor on Pinterest are your greatest passions, you're in luck. Topshop has announced a Pinterest partnership in which the two companies will offer users the chance to fashion Pinterest Palettes, or customized color palettes inspired by particular boards, Women's Wear Daily reports. After each Pinterest Palette has been created, users can click over to Topshop, where they can utilize their selected palette as an aesthetic guide to the retailer's wares with custom clothing suggestions. In lieu of runway to real life, the London-based fashion magnate is encouraging consumers to translate their Pinterest boards into real ensembles.

The endeavor will debut on the heels of Fashion Month, when avid shoppers and street style mavens are keen to play with fresh, autumnal ensemble combinations and stock up on staples in hues first seen on the runways. "Pinterest Palettes will allow our global consumer to to get a real insight into the color mood for next season and give them the functionality to shop next season’s colour trends, now as well as offering the opportunity to learn more about their own color DNA," explained Sheena Sauvaire, Global Marketing and Communications director of Topshop.

Indeed, the business endeavor echoes similar maneuvers by other brands to make Pinterest shoppable, a phenomenon which bestows upon consumers the ease of finding sartorial inspiration and acquiring their desired pieces in mere minutes. Topshop itself promises to further engage customers by fashioning its own Pinterest Palettes and boards corresponding to each Spring 2016 Fashion Week location from New York to Paris.

Pinterest users will find no dearth of individualized options; Topshop approximates that the venture will leave users with approximately 16.8 million potential palette composites for every style and whim. Fashion Week has been a source of creative energy and artistic energy for designers and attendees since its inception, but Topshop and Pinterest's Palettes will allow anyone with a computer to tap into their painterly talents.