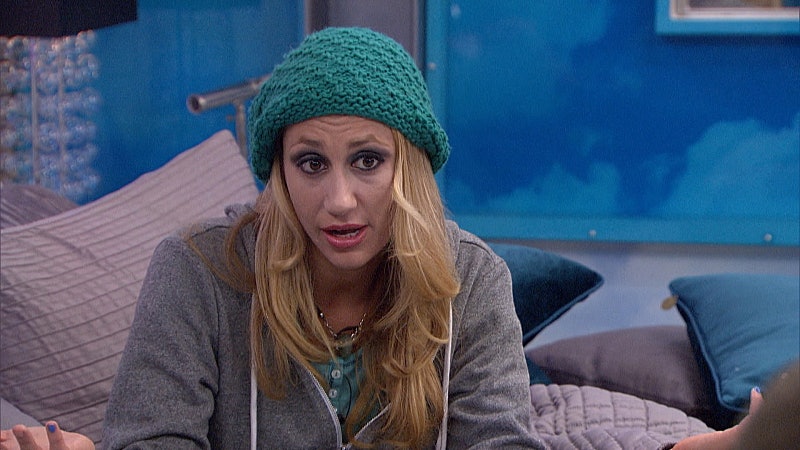 She has watched her hand closely since the beginning of the game, but could Vanessa actually win Big Brother 17 with the jury votes? To win, you need the majority of votes, and at the current moment Vanessa might not have the numbers she needs to win the entire game. On Wednesday's show, the jury discussed Austin's eviction and how Vanessa has played a great game (including getting him out) but not everyone agreed, which is worrying for the poker player. While she's not out yet, Vanessa is going to need to play her cards right to win over the jury if she does make it to the final two.

Austin — who I'd like to rename "Bitter Judas" — was just that, bitter, that Vanessa was the reason he was evicted. For a guy who was all about the betrayal (even nicknaming himself after a historical traitor), he sure has a chip on his shoulder. Austin told the jury that he sees Vanessa's Big Brother 17 game as "flawed," even though it came off more as a guy who got picked last for dodgeball and is just trying to repair his ego. Shelli then started defending Vanessa's game. While Vanessa might have been a liar, played all sides, and been a little sloppy, she's the one who is still in the house while they sit and watch the show in the jury house.

Shelli's not wrong, but if the jury is bitter, then Vanessa might be hurting for votes. Austin told viewers that he would make it his mission to make sure evicting him cost Vanessa her game (excuse me while I go roll my eyes). It's a little conceited, but a bitter jury is the worst jury. If Austin can work his "charm," then Vanessa might not win. But if someone like Shelli defends her game, then Vanessa might end up having more votes on finale night than she expects.

Of course, this is all assuming Vanessa even gets to the Final 2. We might have a Liz and Steve showdown, in which this will all be moot and Liz will win at least $50,000 for laying on top of Austin all summer. I mean, playing the game.