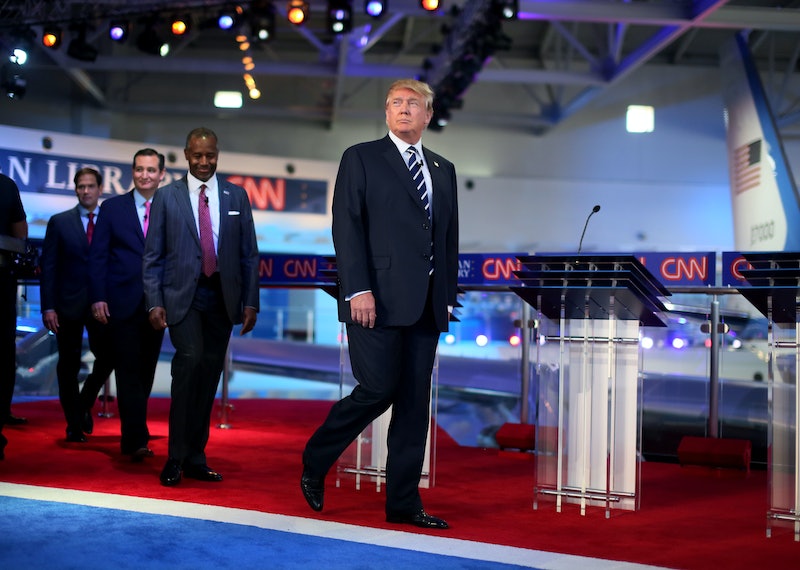 One of GOP frontrunner Donald Trump's favorite lines on immigration made a return appearance during Wednesday night's debate, and if you aren't familiar with the case, it might have made you wonder: who is Kate from San Francisco, and why did Trump invoke her in front of a national audience?

Sad to say, the story is deeply tragic, and it's now become a talking-point for Trump's deeply anti-immigrant platform. Here's the basic story: back in early July, a 32-year-old woman named Katie Steinle was walking along the San Francisco waterfront at Pier 14 when she was shot and slain, allegedly by an undocumented immigrant and repeated deportee named Juan Francisco Lopez-Sanchez.

Steinle's death rapidly became national news, largely by virtue of Trump seizing on the case to bolster his anti-immigration rhetoric — within days, he was citing Steinle's death (as well as San Francisco's status as a "sanctuary city") as a prime example of the threats posed by illegal immigration. The politicization of her death, as it happens, has been harshly criticized by Steinle's brother, who lambasted Trump for "sensationalizing" her death. Her father, on the other hand, has testified before Congress calling for a tightening of immigration laws.

For the record, it's yet unclear just how Steinle was killed, and that'll be a matter for a trial to decide. Lopez-Sanchez has claimed that her death was an accident — that he fired the gun into the ground, and that the bullet ricocheted into Steinle. This claim has been corroborated by ballistics expert James Norris, as the San Jose Mercury News details, who said that Steinle was killed nearly 100 feet from the ricochet, making her death unintentional: "You couldn't do this on purpose."