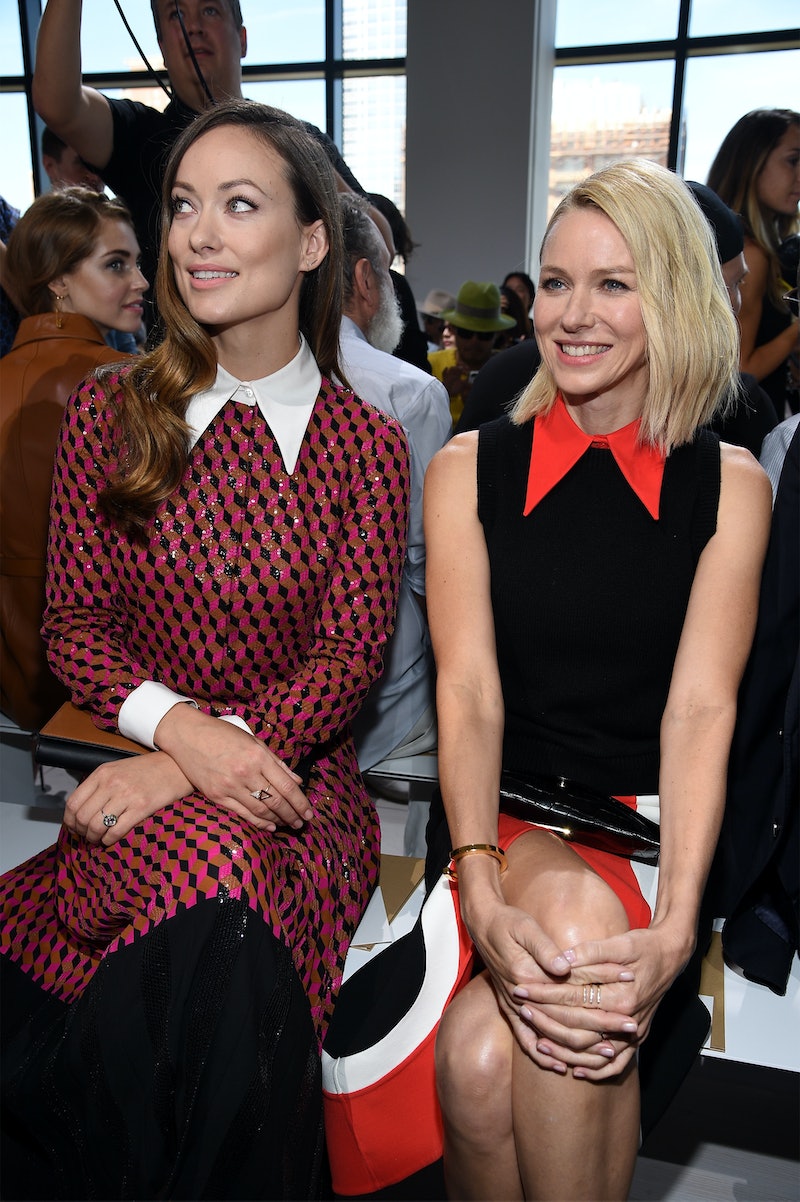 Hollywood tends to be a bit of a boy's club, with there being 15.24 male directors to every one female director and a disproportionate amount of male leading roles compared to female roles, making it difficult for female celebrities to meet one other. But fashion week? It strikes a better balance, at least according to Olivia Wilde, who says that Fashion Week fosters female friendships, according to the New York Times. The actress has become pals with several actresses she's always wanted to meet as a result of attending fashion week shows.

In an interview with the NYT , Wilde talked about how she often gets seated next to actresses she's been dying to meet, but never had the opportunity to do so, since most movies only accommodate one actress in a sea of actors. This season, Wilde met Naomi Watts while sitting front row at Michael Kors, which she was quite excited about, since she has been admiring Watts' work from afar for years, explaining that "sometimes, fashion shows are the only place you get to meet other actresses.”

Wilde and Watts aren't the only budding celebrity friendship that's resulted from sharing a front row seat at fashion week.

Look at them just sharing a LOL like old BFFs.

They're totally grabbing brunch together after this.

Many other female celebs meet for the first time at fashion week, often sharing photos on their own Instagram accounts to celebrate.

It seems like there should be an easier way for female celebs to meet, but fashion week and other high profile events make a lot of sense. How else would Taylor's squad have come together? With most of them being models, it makes sense that they met near the runway.

Even models get to pal around in the front row sometimes.

And of course, Kim Kardashian somehow meets every female celebrity in existence.