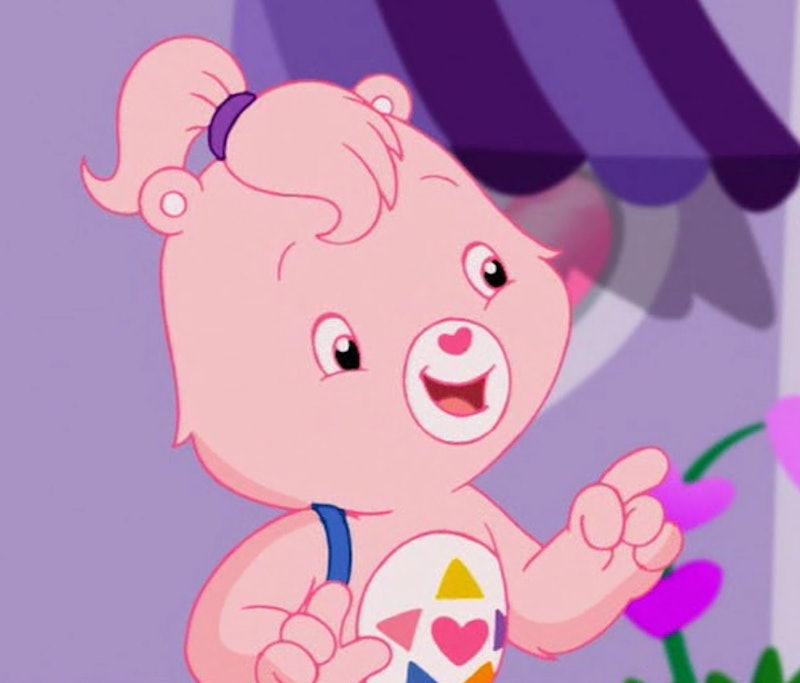 It was quite the way to end the second GOP debate. Moderator Jake Trapper asked each of the 1,000 Republican candidates up there on the stage in front of that godforsaken plane what their call name would be if they became president and the Secret Service needed to use a pseudonym. Yeah, that happened. Mike Huckabee said he'd be called "Duck Hunter," which, OK. Donald Trump said he'd go with "Humble," which, LOL. But Chris Christie? Chris Christie said that his call name would be "True Heart."

Now, there's nothing wrong with True Heart. It's a great call name. It's just, it's just, it's just that as a child of the '80s, I can't help but mention that True Heart is, well, taken. By a Care Bear. And she's sitting in my parents' crawlspace right now. And for what it's worth, she's no Republican. But I digress.

Other fans of the Care Bears have also noticed that Christie chose the name of a cuddly pink stuffed animal for his call name:

As the Care Bear wiki so generously shares, True Heart was a co-founder of Care-a-Lot, and she's kind, affectionate, and attentive — all good things that our president should also embody. But Christie could probably do with one less "teddy bear" reference in his life.

I guess it could be worse. Rand Paul went with "Justice Never Sleeps."