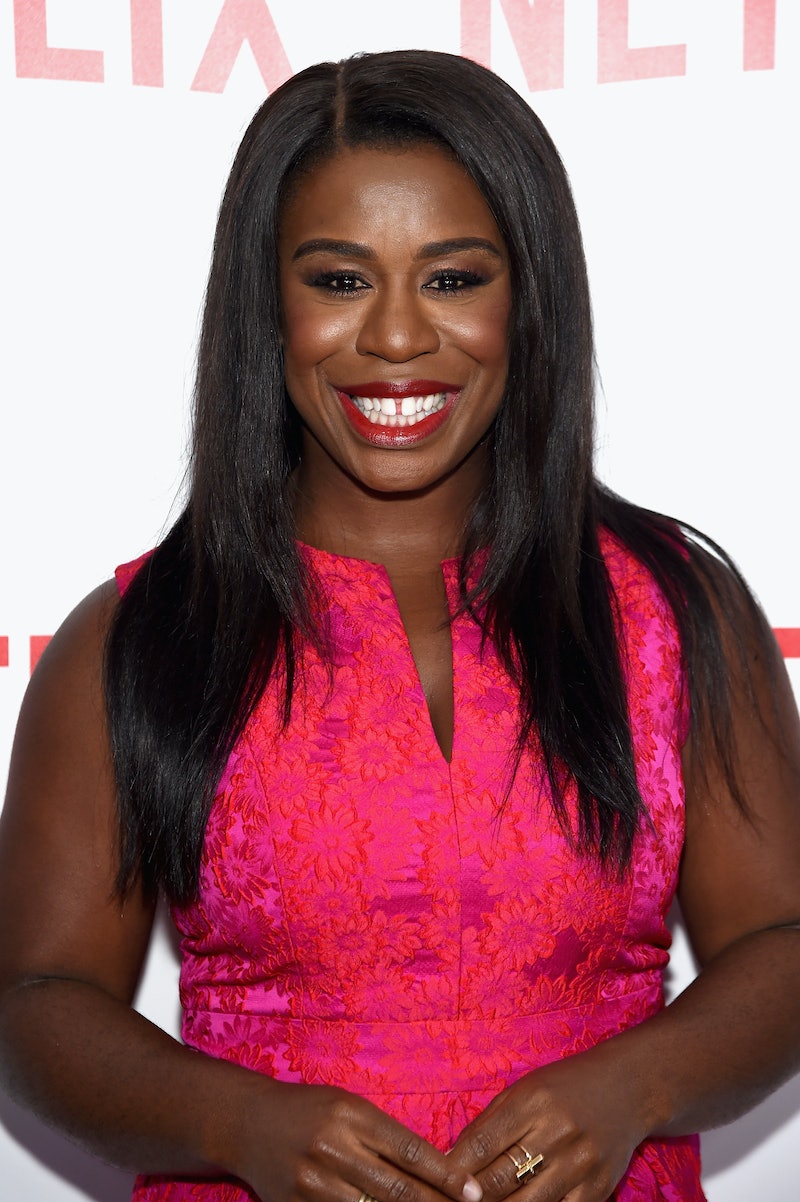 I have been watching Orange Is The New Black loyally since the pilot episode of Season 1, and I can honestly say that, from that first episode alone, I did not expect Suzanne "Crazy Eyes" Warren to become one of my favorite characters. Then again, I didn't expect Piper Chapman to become one of my least favorite characters, but prison can do some pretty harsh things to a person. Uzo Aduba is nominated for an Emmy for Outstanding Supporting Actress In A Drama Series, the category that Orange Is The New Black has been returned to after being submitted under comedy in 2014, and I think she definitely deserves to win it this year. Yes, I know that Aduba just won last year, but she elevated Suzanne to an entirely new level in recent seasons, and she deserves to be recognized for that.

The signs were all there in Season 1. Is there a single heart that didn't break when Suzanne, looking lucid for one of the few times in the early episodes, asked Piper with full serious, "Why do people call me 'Crazy Eyes'?" Heck, there were even some Orange Is The New Black fans that immediately began refusing to refer to Suzanne as "Crazy Eyes" from that episode forward, because it's not a pet name if the person in question doesn't understand it and would be hurt by it. Considering this happened after Suzanne tried aggressively to make Piper her girlfriend, and peed on the floor just outside Piper's cell, the fact that Aduba was capable of giving us such emotional whiplash was staggering.

Then we get to Season 2, a season that gave Suzanne even more emotional depth that Aduba's acting skills totally knocked out of the park. We saw a flashback episode in which the most well-casted child actor the show has ever seen gave us an intense look at Suzanne's childhood, and how hard she tried to fit in with other people while continuing to be a bit of a round peg in a square hole. We saw the rise of Vee, and how she took Suzanne under her wing, making her feel a sense of belonging, affection, and normalcy — so much so that Suzanne is still feeling the loss of Vee even a full season later. We saw Suzanne make more friends and connections for what felt like the first time, even as those connections took her down a dark path of true prison behavior that was at odds with the funny and generally gentle girl we had come to know to that point.

Very few people came out looking like a hero in Season 2 (except my girl Poussey), but Suzanne's journey from hero to villain and back again was so heartbreaking to watch because of how understandable it was that she would say and do the things she said and did. Aduba said in her own words that she chose "Hugs Can Be Deceiving" as her Emmy submission, and she makes a point better than I ever could:

I picked the episode because I wanted to honor Suzanne. That probably sounds weird, but it’s true. I just wanted to help create a space for people to come to know her and really see where she’s from, and how she came to be this way. Because here’s the thing: I can relate to Suzanne’s story. I grew up in a very small New England town, and I’m first-generation Nigerian. I know and understand what it feels like to be “other.” Frankly, if it weren’t for the support of my mom encouraging me to be myself and not trying to change me in any way, who knows what path life will take you down? I wanted that to be seen. So maybe you could have a bit of empathy for understanding this woman and where she came from. Because for me it was, “But for the grace ...”

That right there explains exactly why Aduba is so good at transforming herself into Aduba the inmate we're all rooting for, all scared for, all scared of at times. Aduba and Suzanne have a lot in common, and the actress can bring her experiences into this character. She can then adapt and transform those experiences to fit Suzanne's shoes instead of her own in a believable and powerful way that has us talking even after each episode is over. If that's not worthy of an Emmys win this year, what is?